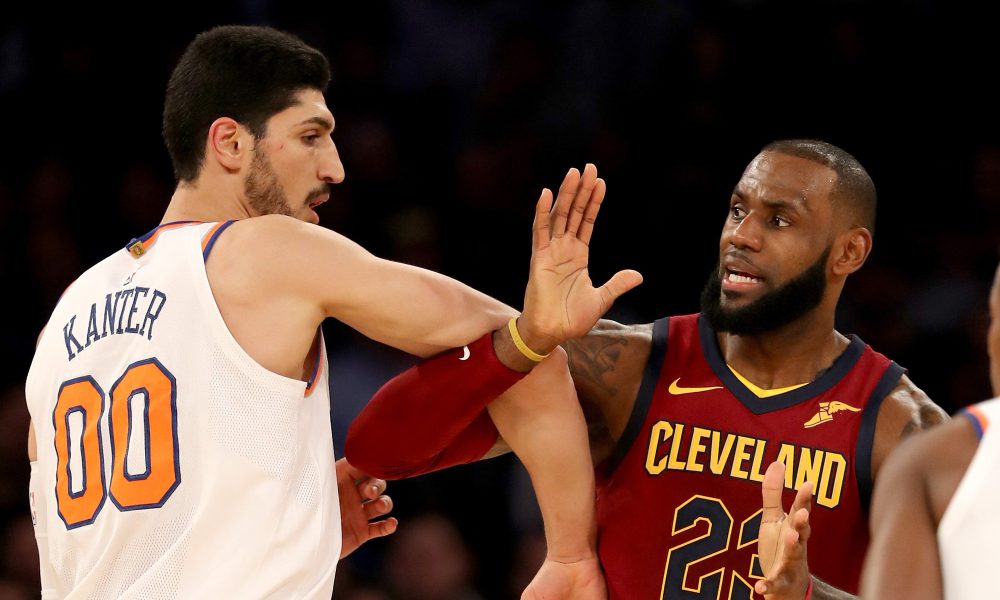 For once Enes Kanter is not trying to troll LeBron. He’s actually trying to be nice to Lebron, with the motive of trying to get him to sign with the Knicks next season (good joke, but Kanter is serious). He posted this video on Twitter today emploring LBJ to come to New York and prove he is “King”.

Unfortunately what Enes Kanter seems to have failed to realize, is that in not trolling LeBron, he’s actually trolling himself. Oh, the sweet and hilarious irony. Currently, as it stands Kanter has a $18.6M player option for next season, which he has not yet given a decision on. Providing all things stay as is with the Knicks, meaning no major trades, Kanter opts in and Noah is still a person that exists in civilization or in some jungle in Asia. If all that stays true and the cap increases around its projected amount, the Knicks are looking at $6-8M of cap space this summer.

This is where the irony comes in. The only realistic way the Knicks could even have enough cap space to make a contract offer to LeBron James would be if Enes Kanter, the guy actively recruiting him to come to the Knicks, was no longer on the Knicks. That $18.6M off the books would give the Knicks enough money. Not even a Noah buyout would do that since a portion of it would still be a cap hit.

So here we have Enes Kanter unknowingly talking himself out of a job, that or either a wholeeeee bunch of money. It always amazes me how little NBA players know and understand the Collective Bargaining Agreement of the company they work for and the league it resides in. We all knew LeBron could get people fired when he wants to, but now he’s upped his game to a whole other level, now he’s working with inception. He’s got Kanter indirectly talking himself out of his own job just so LeBron can have the option to turn down going to New York. It’s a mental pretzel that Kanter couldn’t even see coming.

Kudos to LeBron for pulling it off and prayers for Enes Kanter for when he finally realizes how dumb this makes him look. For now, let’s all sit back and laugh at the irony because irony is funny.