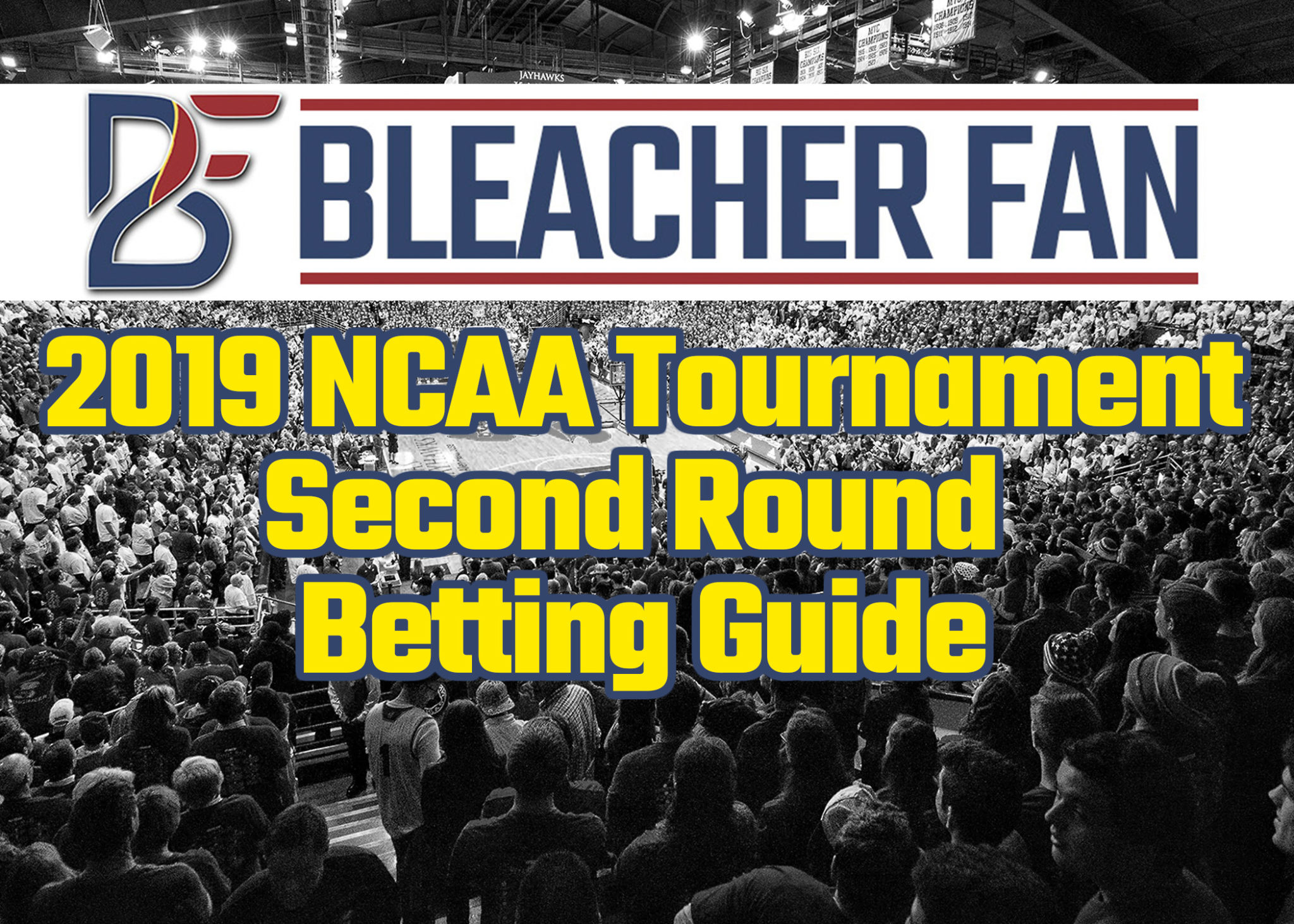 With the first round of the NCAA Tournament down, we saw some excitement, but none of the insane upsets we saw in the first round last year, no major bracket busters. Every one of the No. 1 and No. 2 seeds are still alive as we head into the weekend. After having a fantastic outing against the spread in the first round here at Bleacher Fan and on Twitter, we’re back to give you everything you need to bet on the second round.

LSU showed out in the first round, despite not covering, they avoided the upset against Yale that many predicted. in the second round they go up against a Maryland team that is very comparable in many ways. This line at -2 might be a slight overreaction though. LSU was 19-12-1 against the spread (ATS) on the season, while the Terrapins were only 16-15-1. LSU owns the 10th most efficient offense in the country, which becomes scarier when you pair it with the fact that it runs a faster-paced offense that ranks 66th in the nation in tempo. Maryland ranks 274th in tempo. The issue with Maryland going up against an efficient and high-tempo offense is that it doesn’t do a good job of forcing turnovers, which would be a way to limit LSU’s abundance of chances it creates for itself on offense. Maryland ranks 352nd in turnover percentage on defense, one of the worst in the nation.

Wofford can score with the best of them, but, unfortunately for the Terriers, they cannot defend with the best of them and make no mistake, Kentucky is part of the “best of them.” Wofford ranks 12th in offensive efficiency, but 63rd in defensive efficiency. The Wildcats, on the other hand, rank 13th and 12th in offensive and defensive efficiency, respectively. Wofford’s 3-point shooting might worry some people against Kentucky, even Coach Cal has eluded to it, but Kentucky also ranks 27th in the nation in effective field goal percentage defense, which should point to it being able to limit Wofford’s normally effective 3-point attack. Wofford has had a great season thus far, but it comes to an end here against one of the most talented teams ran by one of the best coaches in the country.

Despite Florida looking great against Nevada in the first round, they are a fickle team that’s running into a potential buzzsaw in the Michigan Wolverines. Florida is a poor shooting team from the field, ranking 211th in effecitve field goal percentage, 222nd in 3-point percentage and 200th in 2-point percentage. Michigan is a dominant and experienced defensive team, ranking 2nd in the nation in defensive efficiency. The Wolverines also rank 7th in effective field goal percentage defense. On the offensive end, the Wolverines are 18th in offensive efficiency and don’t run the ball over. Despite Florida having a talented defense, Michigan might be too much to handle for the Gators

This game will yet again be about Ja Morant. Morant recorded the ninth triple-double in NCAA Tournament history in the opening round. The Racers rank 24th in effective field goal percentage on offense and 21st on defense. Florida State struggled to get by a much less talented Vermont team in round one, while the Racers blew out Marquette. Expect Murray State and Ja Morant to ride the momentum into this game and at very least keep this one close, if not come away with yet another upset.

Gonzaga is the number one team in the country in offensive efficiency, when they have the ball in their hands, odds are they’re going to score. Baylor is 178th in PPG at 71, Gonzaga averages 88 PPG. Zags are also 1st in the nation in effective field goal percentage on offense and 8th on the defensive end. They are a horrible matchup for Baylor and will cruise to an easy win like they did in the first round.

Minnesota might have taken out Louisville in the first round, but they did so shooting better than they ever have. Complete fluke day shooting for the Golden Gophers. Michigan State is a much better team than Louisville, they are 4th in Ken Pom ranking and have the 8th most efficient defense and are ranked 6th in effective field goal percentage on defense. They are going to cause serious problems for Minnesota’s lackluster offense.

The Boilermakers are a very weak three seed. They have beaten some good teams this year, but have been one of the streakiest teams among the top 25. Villanova has a 8-0 record at neutral locations, while Purdue is only 3-3. They stack up pretty similarly in almost every category, but I don’t trust Purdue against real competition, and the Big East champs are definitely real competition. Gotta go with the dog here.

I wasn’t high on Kansas going into the first round, but they made quick work of Northeastern. Having the 15th most efficient defense in the country allows them to shut down some of the best offenses in the country. Auburn is ranked 8th in offensive efficiency and first in turnover percentage on defense, but Kansas is no stranger to tough competition having the toughest schedule in all of division one ball and have a winning record against teams in the top 25, Auburn does not. This will be a great matchup, but I gotta go with another dog here.