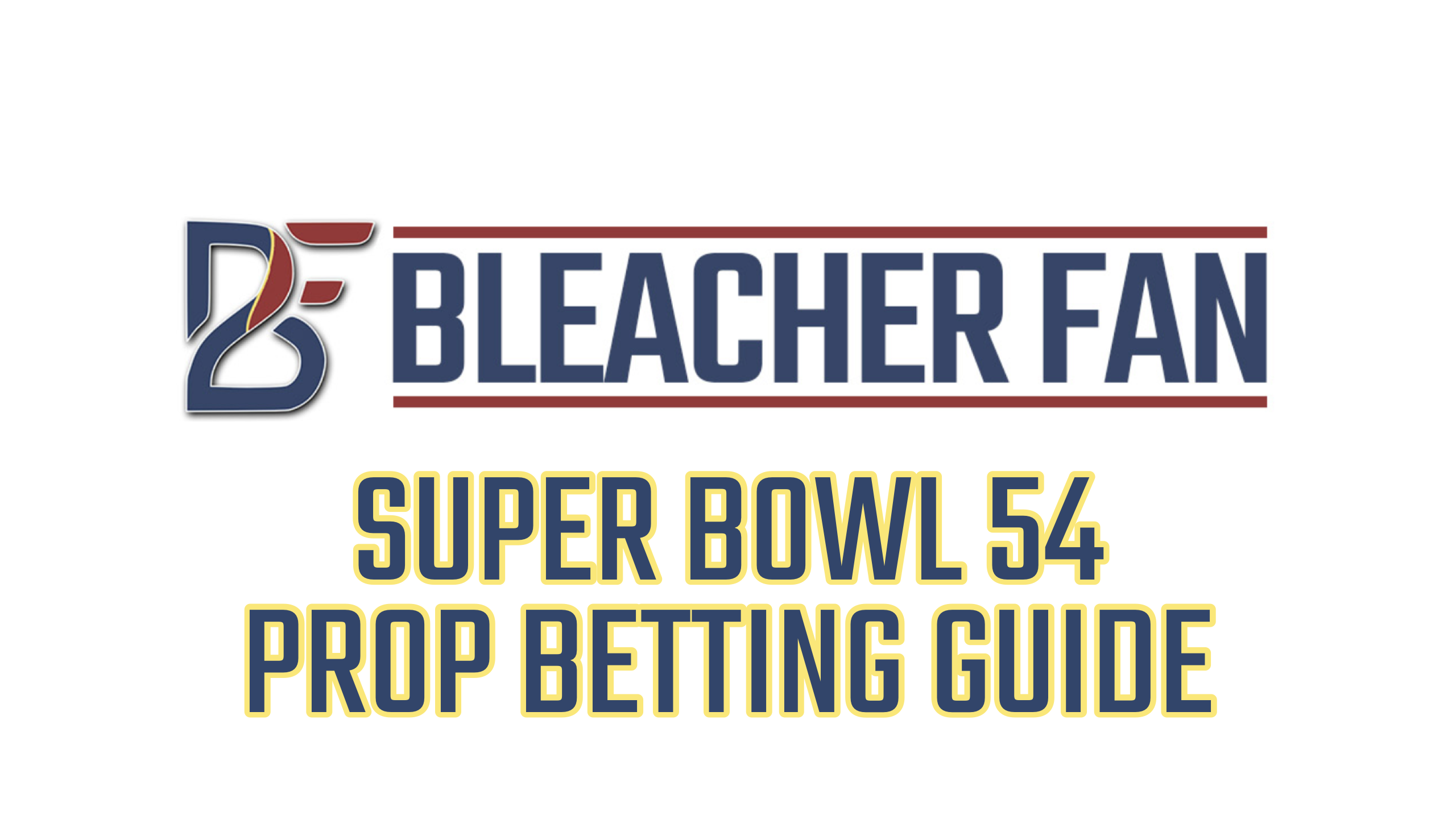 The only thing you really have to work off in this bet is history and emotion. When you look at the 10 most-recent Super Bowl National Anthem performances, it doesn’t help at all. five of the last 10 performances have been over two minutes, with the longest of those 10 reaching 2:34 (Alecia Keys), and the lowest 1:34 (Kelly Clarkson). Even this year’s singer Demi Lovato, of the four times she has sung the National Anthem publicly three of them . have gone under two minutes. However, the most recent time she performed was at the Mayweather vs McGregor fight, where she sang the Anthem in 2:11. Also, given her recent recovery, you can imagine her first major performance back in front of the entire country should be an emotional one. Now I know what people might say, “But what about her performance at the Grammy’s, Jones?” And to that I say, relax, the Grammy’s are bread crumbs at best compared to the Super Bowl. Not to mention the night of the Grammy’s no one cared, their attention was elsewhere, thinking of and admiring Kobe Bryant, just the way it should have been.

Mahomes is known for his big-play ability, but the Niners are known for stopping that.

Strength vs. strength: Patrick Mahomes leads the NFL with 14 touchdowns on throws 20+ yards downfield this season, including playoffs (5 more than anyone else). The 49ers have allowed an NFL-low 13 completions on those deep passes this year.

While yes, this is a strength vs a strength, let’s not forget how many times Richard Sherman got burned in the NFC Championship and how many more times it almost happened. The Packers had Devante Adams and that’s it. The Chiefs have a slew of weapons, literally all of which have big-play ability. Mahomes will have plenty of opportunities to make a splash, and for a guy that did it more than anyone in the NFL this season, I like those odds.

This usually isn’t a prop I mess around with, just because it’s so unpredictable, but this year there seem to be some signs. After opening with the highest odds at most sportsbooks, purple has skyrocketed up to the favorite. That simply doesn’t happen if someone doesn’t know something. A member of the BetOnline team tweeted out that purple was getting hammered. Additionally, we have heard through a connection at Gatorade that both teams will be using purple Gatorade as a tribute to Kobe Bryant. This seems plausible enough, and we trust the source enough, so when you pair that with purple’s meteoric rise to the favorite, it’s really hard to pick against it at this point.

Deebo Samuel to Score a Touchdown (+165)

Deebo Samuel is tied for fourth in the league with 15 targets within the 10-yard line, one more than Kittle. This happened despite the fact that Samuel was just a part-time player in the 49ers offense for most of the first half of the season. Samuel has been targeted more than any other 49er this postseason. If the Niners get into that range, you can expect Samuel to be the guy getting the majority of the looks, at least that’s the way it has been.

Travis Kelce to Score a Touchdown (+100)

Kelce had a down year in terms of touchdowns, hauling in only five this season. However, he had 12 targets inside the 10-yard line, which was the second-highest total in the league. That accounted for an enormous 41.4 percent target share inside the 10-yard line. The next-closest player had a 34.2 percent target share in such situations. He’s also proven he can find the end zone when it matters most, scoring a combined five receiving TDs through eight career postseason appearances, which includes three in the AFC Championship game against the Texans two weeks ago.

We have the lovely J-Low and Shakira as the two main performers at halftime, so naturally, we have to talk about Arod. I mean after all, is there anyone who loves themselves more than Arod? The answer is a hard no. If there is any way possible for this man to get on the TV set, he can and he will. I bet you we will see him grinning taking a video of his smoke show of a girl shake her tailfeather. Maybe we even see him taking a selfie. The matter of fact is its not if we see Arod at the halftime show it’s when.

Did you see Davante Adams burn Richard Sherman last game for a 50+ yarder? I know I did, and Adams can’t even shine Hill’s track shoes when it comes to straight-line speed. Hill is the fastest player in the NFL and might even try out for the U.S Olympic Track Team. While Sherman is still a very solid corner, he has certainly lost a step after his Achilles injury in 2017. Hill could easily beat him deep, take a screen to the house, or get a huge chunk of yards on a broken play with Mahomes rolling out of the pocket. I absolutely love any prop involving Hill in this game and see him as a matchup nightmare for the Niners secondary.

Ok so this may seem weird to play both but as we dive deeper, I love these plays. With the spread being KC -1.5, this game is a near toss-up and I know there are tons of people who love both teams to win outright. I personally like the Chiefs, but I wouldn’t be shocked at all if the Niners pulled this one out. Either way though, I think almost everyone can agree this game is not going to be a blowout on either side. Not to say one of these teams couldn’t win by 7-10 points, but I love the idea of having a 12-point range in such a close game. Ultimately you will obviously lose one bet but if the other hits at +300 plus you will make it back and then some. Take both and potentially make +220.

Over the past two weeks, Mahomes has run for 53 yards in each game. The Chiefs are nearly indefensible as even if you cover everyone perfectly downfield, he can either scramble for a first down or find one of his receivers coming back to the ball. I love this prop and maybe because of his electric 27-yard TD as he’s shown he’s not content just picking up the first down and getting out of bounds. This prop could hit really early as it only takes one run of 12 yards. Also, San Fran is giving up an average of 53 rushing yards a game to the top-5 rushing QBs they’ve faced. So, look for Mahomes to be running a decent amount when no one is open and I’m sure he’ll break off one of at least 15 yards or so. He has been an underrated athlete and runner for a while now.

If you have watched any Chiefs games at all this year, I am sure you know by know two things. One, they get off to slow starts in the first quarter and two; they are a behemoth in the second quarter. Of Mahomes 76tds 26 of them have come in the second quarter. This is his best quarter TD wise of any of the four and that trend has only been more so in the last two games. Even if they do get off to a fast start in the first you can always count on Patty to put together a TD drive around the 2 minute drive before the end of the first half. Wouldn’t be surprised if he throws 2 TDS in this quarter which is another good bet Mahomes 2 TD in any one quarter +250

There’s a reason the odds on this are -170, it’s the easiest prop of the game. Mostert has gone off for 220 yards and 4 TD’s against the Packers in the NFC Championship game. The Niners will establish a ground game early and Mostert will be a major part of that. I think he breaks 100 yards easy.

It’s 2020 and butt stuff is all the rage. There are girls that make a career out of posting pictures of their rump on Instagram and let’s face it, you don’t have a body like J-Lo and not show off your butt cleavage during the Super Bowl halftime show. Hammer yes and enjoy the show.

The Chiefs have been plagued by slow starts this playoff run, going down 24-0 to the Texans and 10-0 to the Titans before getting their offense going. The 49ers, on the other hand, have scored first in both playoff games. They establish the run early and eat the clock and I expect a lot of the same on Sunday.

All the reasons I gave for the first score method prop apply here. The Chiefs slow starts and Niners offensive game plan all point to the 49ers going up 10-14 points before the Chiefs get things going.

Eli Manning retires and for the first time since 2016, Tom Brady isn’t in the Super Bowl. The two Giants SB wins will without a doubt be mentioned by the broadcast team. I wouldn’t even be surprised if we see some highlights from the games. I think this is free money.