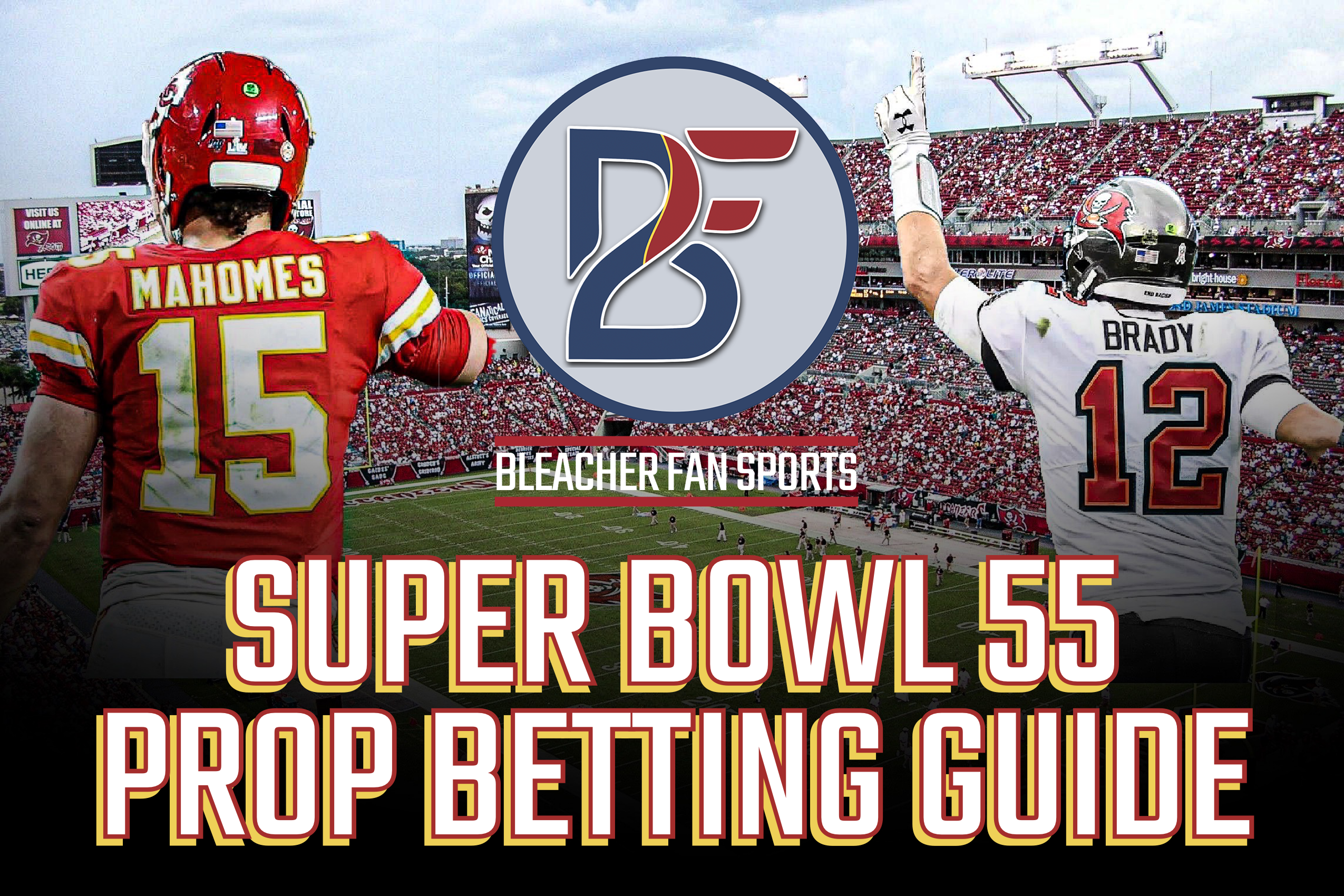 The Super Bowl is the biggest day for sports betting in America every year. From professional bettors to carol in accounting, everyone seems to get in on the action in some form or fashion. For some, that means simply buying a box in the local bar or office pool. For others it means laying down Mattress Mack millions on the spread, the over/under, or the thousands of available prop bets.

Bleacher Fan’s editors have put together a list of some of our favorite prop bets to consider for the big game. If you’re looking to place down some money on the game with any of these bets, or you’ve got some ideas of your own. Head on over to MyBookie and get a nice bonus with your first deposit to try and make some extra cashola on Super Bowl Sunday to help pay for all those beers and wings.

Now let’s get into it.

For some reason, I LOVE this one. I’m on the over for this game and I think that in order for that to happen we’re going to need to see a quick score to start the game. No matter who gets the ball to start they’re going to lead a quick drive and set the tone. Take the juice and make some money.

I don’t think there is any man who owns more Kangol hats than Bruce Arians. His last Super Bowl appearance with the Steelers he went baseball cap, he also wasn’t a head coach at that point and probably had some rules he had to follow. Well, now he’s in charge and I expect to see him rocking that Kangol like the cool guy he is.

Who will throw the first interception? (Patrick Mahomes +140, Tom Brady -180)

Mahomes had an insane amount of dropped picks this year. I believe the number was over 15. The Bucs’ DB’s have been magnets this postseason and I think we’re going to see Patty Cakes throw one early. For the record, I think they both throw a pick, but Mahomes will be first.

Gronk has been relatively quiet during this playoff run. He did make a meaningful catch and run to seal a Tampa Bay win against Green Bay, but other than that he’s been quiet. Hardman had a quiet AFC Championship game, but had 58 yards against Cleveland in the Divisional Round. The odds aren’t great, but there’s a reason. I’d take it at Hardman +5.5.

If there was ever a year the anthem was a LOCK to go over it’s this year. I don’t care who they have singing it, these singers haven’t been able to perform in front of people in almost a full year, they’re going to savor the moment and take their sweet ass time. The odds are heavily favoring the over and it totally makes sense. You can lay some serious action on this one. Not to mention, there was a recording of the rehearsal circulating online Friday that clocked in at 2:15 seconds, therefore you should feel comfortable taking the over on anything 2:10 or less, just to be safe.

Two words. Playoff Lenny. Fournette has been a huge factor for the Bucs the last 3 games and in order for the Bucs to win he is going to have to show out and help control the clock. I could see Fournette having over 100 yards from scrimmage and scoring multiple times. The juice is great on this one as well and worth throwing some action on.

This will Tom Brady’s 10th Super Bowl, in case you haven’t heard it said one of the 500 million times it has been said over the past week-plus. In his nine previous Super Bowls, he has only been able to muster a total of 3 points, combined. While this might be the most talented offense Brady has ever had around him, there is simply too much data on Brady taking it slow to start off these games. And even if Brady does put some points on the board in the first quarter, I’ll trust Patrick Mahomes to beat whatever number that is.

Gronk has been virtually invisible in the playoffs with Cameron Brate seemingly taking over the pass-catching responsibilities for tight ends during the playoffs. However, Brady still trusts Gronk in the red zone, and he still is a legitimate threat there even if he might not be that in the open field. To get these odds with the best QB-TE combo ever, you gotta love that.

The Chiefs’ pass defense isn’t as good as it has been in past years, ranking No. 13 in the NFL this season in terms of passing yards per game allowed. Godwin on the other hand has cleared this total in four of his last five games. Additionally, he’s averaging just short of 9 targets per game, at an average of 10 yards per reception. In a game where Brady is known to lean a little more conservative might lean more toward shorter or intermediate routes, which is Godwin’s happy place.

1.5 times just seems too good to be true. Think about it, He’s the commissioner, him being shown once is basically a mandate. If they’re including the entire broadcast, this is virtually a lock. Once during the game, once during the trophy ceremony. Boom, that’s a win. Even if it doesn’t include the trophy ceremony, the league was under the microscope big time this year. And because of that, Goodell has done plenty of interviews, in fact, he’s done plenty in the days leading up to the Super Bowl. You gotta figure you’re getting the guaranteed one of him watching the game from his luxury box. Then you got the trophy ceremony. Plus the high likelihood they choose to replay a snippet of one of those interviews during the game and finally the random time where he gets shown at some other point during the game, maybe during an exciting moment of some sort. It boils down to this, one time as close to a guarantee as it gets, and there are just too many other instances and opportunities where he could and should be shown again.

When the Chiefs matched up against the Bucs back in Week 12, Tyreek had the game of a lifetime, absolutely scoring the Bucs’ defense for 269 yards and 3 touchdowns. Mahomes threw for nearly 500 yards in that contest and Hill accounted for more than half of them. While the Bucs surely will make him a focus of their defensive game plan, they have the 21st ranked pass defense in the NFL. With 13 targets coming Hill’s way in Week 12, he should again get a ton of looks here.