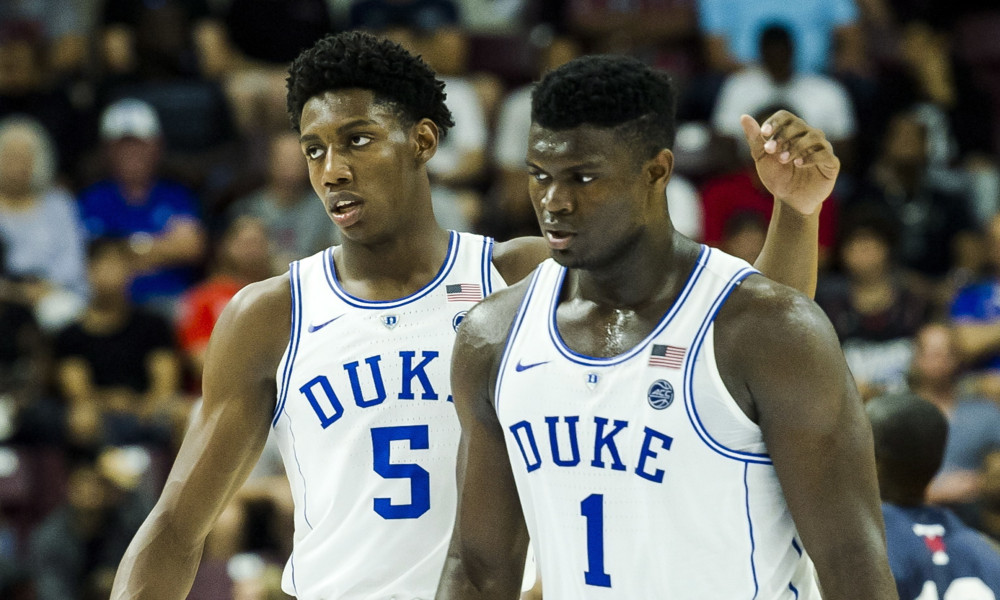 Over the last few years, NCAA basketball has got multiple black eyes from numerous findings and allegations over colleges giving athletes and their families extra benefits like cash, cars, or housing in exchange for the athlete’s commitment to the University. This has sparked a national debate if college athletes should be paid or not. I’ll leave my opinion on that matter for another article.

Today the NBA announced that they will be offering 5-month playing season but a year-long professional development program. This program includes basketball workouts during the summer league months. It will also include an NBA academics program which will include teaching the future NBA players how to manage their career. This program will also offer a scholarship program for players who want to pursue a higher education. The biggest kicker to this program is the players will be paid 125,000 for it.

NCAA is sitting there shaking their head and Kentucky and Duke are thinking of ways to get away with offering players 150,000 now. Yes, Duke, like everyone else, is not innocent. It will come out soon, just wait for it.

I personally think this program is amazing. What more can you ask for? Not one parent of these athletes would be opposed to it. It has everything. It teaches the kids how to manage their career, gives them a chance to get an education, and the cherry on top is they get paid. In the announcement, it was made pretty clear that not every player would be eligible for this program and only the “elite” players would.

The one good thing for the NCAA that can come from this is they won’t have as many investigations. But their ratings will severely go down. If all of the 5-star recruits are going to the G-League and not to schools like Kentucky who are they more bound to watch? A perfect example of this is DeAndre Ayton the former Arizona stud. He had hype around him since the day he signed with Arizona. I personally have no interest in an Arizona basketball game but Deandre Anton made me tune into the Wildcats game. If this program was around last year and Ayton went this route I would have never watched an Arizona basketball game. I would have watched whatever G-League squad he played for.

Trae Young is another example. Can anyone tell me what Oklahoma University is known for? Don’t worry I have the answer, it’s football, not basketball. Why did everyone want to watch Oklahoma play last year? They wanted to see Trae Young make it rain from all over the court. Everyone wanted to see Oklahoma in March Madness. It wasn’t because they were a threat for the Final Four, they were the furthest thing from it. It is because they wanted to see how Freshmen Trae Young played in the national spotlight. I can even make the argument that if Trae Young didn’t go to Oklahoma they wouldn’t have made the tournament.

I hope everyone enjoys the Duke team this year who has three five star freshmen recruits playing on the same time because it very well could be the last time it will ever happen.