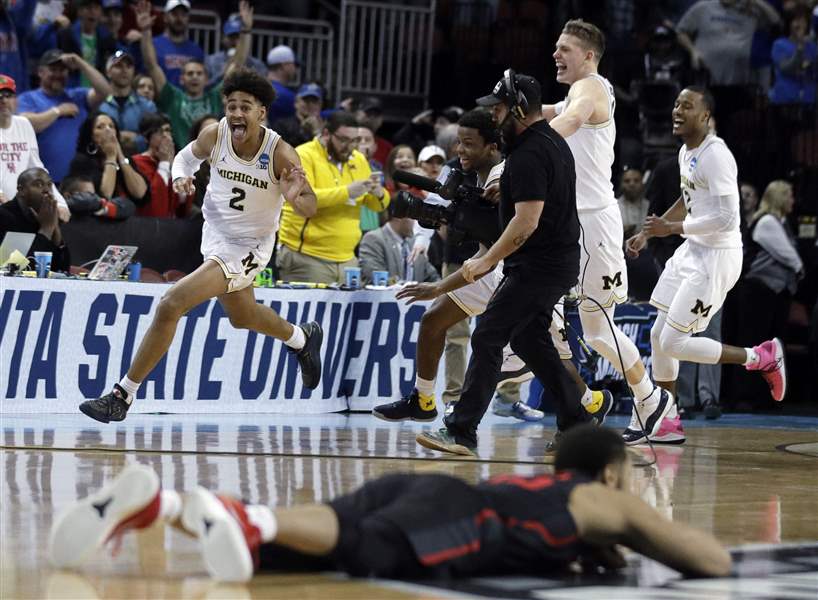 What a weekend it was. Not only did my bracket get completely busted, but after a nice fall down some stairs my ankle is busted as well.

#1 Virginia became the first team to lose to a #16 seed since the tournament expanded to 64 teams, with a blowout loss to UMBC. #4 Arizona also suffered an embarrassing loss to #13 Buffalo. #7 Nevada completed a 22 point comeback and escaped with a 75-73 win over #2 Cincinnati.

This is easily the biggest shit show of a tournament I have ever personally seen. After the first weekend, I only have one of my final 4 teams remaining, #2 Purdue. Needless to say, I won’t be winning any bracket pools this year.

My disappointment began on Thursday night when one of my final four picks, Arizona, fell to Buffalo in an 89-68 loss. Buffalo literally could not miss. They were hitting everything, turn around jumpers, banking threes from the wing, they seriously could not miss. Down went Zona, my first final four teams to fall.

Next to fall was Michigan State. Getting what seemed like an easy matchup with Syracuse, ended up being a nightmare for Tom Izzo and company. That same 2-3 zone that befuddled TCU, made it extremely difficult for State to score. A team that was ranked the 44th best offensive in points per game with 80.2, was held to just 53 in this defensive battle. Cuse, who was one of the worst offensive teams in the country and ended up shocking everyone and winning 55-53, and down went Michigan State.

My third final four team to fall was the defending National Champion, UNC. This was probably the worst one of all. A straight ass-whooping. The Tar Heels from Chapel Hill were down 16 at the half and that was pretty much how it stayed. UNC never even made it close and suffered an embarrassing loss at the hands of the Aggies from College Station. Down went not only my third final four team, but my pick to win it all, UNC.

To top off this whirlwind weekend of March Madness, I suffered the worst part of it all.

After a wonderful St. Patrick’s Day weekend in Philly with Mrs. Buns, I was carrying our bags downstairs, being the gentleman that I am. Next thing I know, I roll my ankle and fall down a flight of stairs.

Luckily it was just a bad sprain for the kid, but I’ll tell you what it hurts worse than a break.

Now not only is my bracket busted, but my ankle is too. So here’s to hobbling around like a loser on crutches for the next few weeks and rooting for all the underdogs in the world because nothing matters anymore.

My new prediction for National Champion is Syracuse, because why not?