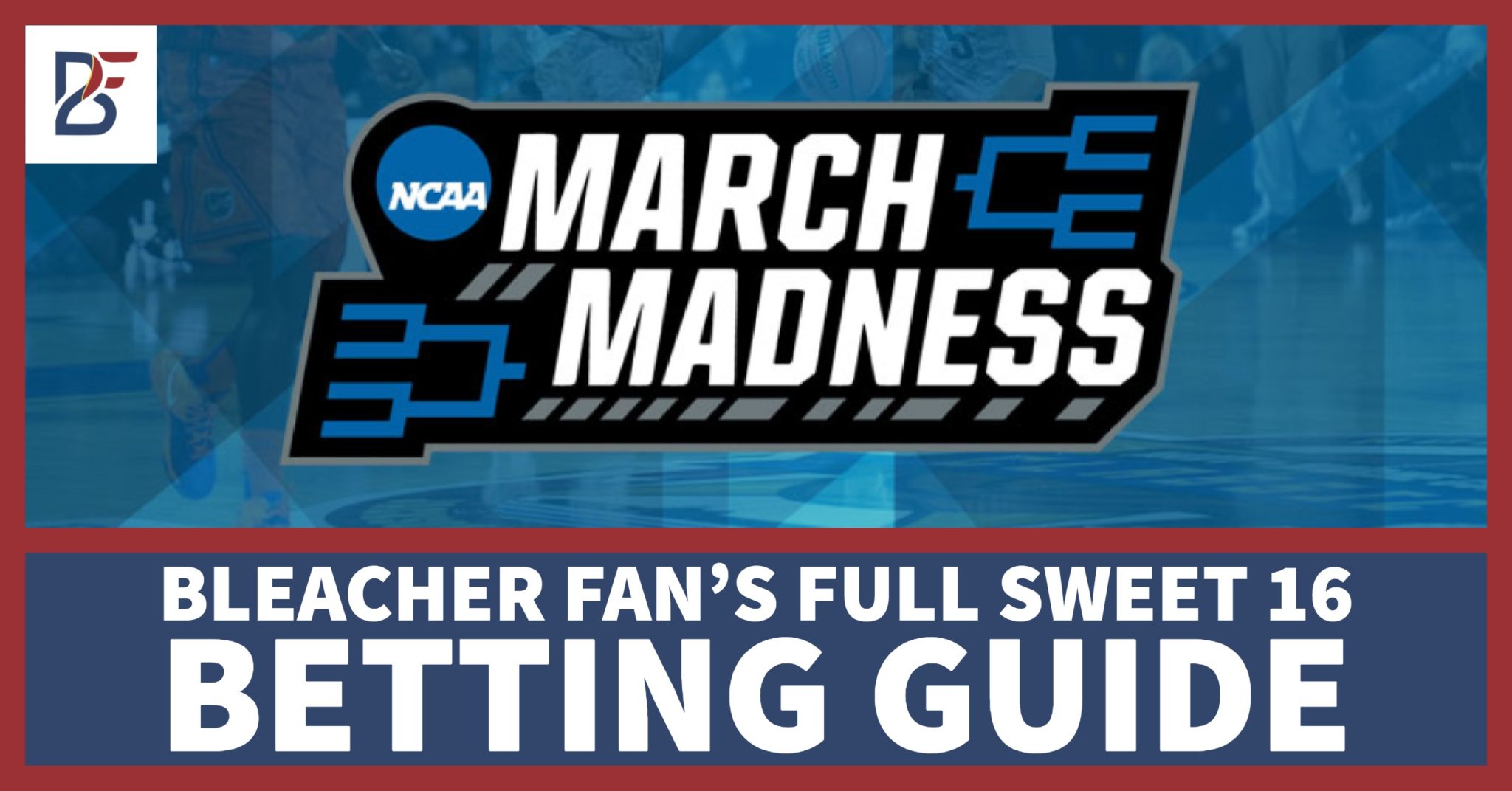 We are back with the full guide to betting the Sweet 16. We hope you followed along closely with all of our first round bets. After a very strong 2017 at 19-9 Against the spread in the first round of last years tournament. We put together a solid repeat performance this year, officially going 21-11 Against the spread for the entire first round of the tournament. That’s a little less than $1,000 for a Benjamin bettor. You’re welcome. Heres to making the Sweet 16 into a perfect 8-0.

And always remember, if you want a great place to bet these games, a site I use frequently, please click the link below and take advantage of our promo code and grab yourself a full double up for free on your first deposit into MyBookie.

Battle of the Wildcats, AGAIN, the public is really high on Kentucky this could go even higher, but I like Kansas State. Kansas State is most likely getting their best overall player back in Dean Wade who averages 16.5 points a game, 55% from the field, and 44% from three. He will be a huge boost offensively to the defensive-minded State team which held UMBC to 42. Kentucky is playing great and is very athletic but so is State, I think this is too many points to pass up on in a game that could be a tossup amongst a tournament of upsets.

Nevada has only 9 turnovers, their past two games and only 2 last games against a Cincinnati team that held the nations 2nd ranked defense. Nevada is riding some great momentum after their huge comeback win. They have talent and balance on offense and rank 10th in the nation in defensive efficiency. Loyola is also riding that seemingly incredible Sister Jean momentum. But not even she picked them to win this game. Lay the small number in the virtual toss-up, if for no other reason than the prophet Sister Jean says so.

I see this line as a little lower than it should be. I would have thought this would be more in the 4-4.5 range. I think the public is high on Texas A&M coming off their victory over the defending champs in UNC. This game will come down to Michigans ability to limit Robert Williams, which I think they can do. Lead by one of the great tournament coaches, Michigan is balanced, talented and poised for situations like this. Lay the points and consider it good value.

Gonzaga may not be playing amazing but they’re winning, carrying a win streak of 12 in a row. The Zags shoot the ball at 38% while Florida State is just 254th at defending the 3. Zags have the 12 best offensive efficiency while FSU is just 76th in defensive efficiency. Florida State was dominant against Mizzou and had an epic comeback against Xavier but I think their magic runs out against an experienced battle tested Zags team under Coach Mark Few.

Nova and Duke are two powerhouses who have lived up to expectations and then some. Nova is coming off a 23-point win against Alabama and beat Radford by 26 in the opening road. The Wildcats look like the favorites to take it all at this point and are 24-12 ATS this year. Good teams win, great teams cover, Nova is a great team. West Virginia has the best full-court press in the country, but Nova is a great fundamental team led by Jay Wright who sports 6 players shooting 36% from 3 or better who could burn the press in transition. Expect Nova to have success with the press and WVU to get away from their MO.

Texas Tech was a team that I didn’t even have making it out of the first round. Frankly, they were lucky to. SF Austin gave that game away. Tech is 0-8-1 in their last nine games against the spread. They literally haven’t covered in weeks. Though Purdue is missing their best player in Isaac Haas, they seemed to handle themselves well in their second-round game without him. A win over what many consider a very solid Butler team who ranks in the top 50 in both defensive and offensive efficiency. Purdue still has 4 upperclassmen who have been playing together for multiple years. Last but not least Texas Tech is 7-8 in road or neutral site game this year. Take experience and efficiency in this toss-up.

Probably the two best coaches left in the tournament. Both playing 2-3 Zones. Duke is on fire right now, click on all cylinders, but so is Syracuse. The difference is, Duke’s on fire is way better. The way you beat the 2-3 zone is with ball movement and shooting. Duke has excelled at both through the first two games of the tournament. If Duke can come out of the gate knocking down shots it will force Syracuse to stretch that zone, which will clear up space for Bagley and Carter to operate in the paint. Syracuse’s zone can be extra daunting, even for teams who have seen it before, but even if they hold Duke to a lower number than normal, Duke is still a top 10 defense in the country. Syracuse is a terrible offensive team. They only scored 46 points against Duke in their lone meeting this year. a bad game for Duke is still in the 60’s. Syracuse averages less than 65 points per game. So if Syracuse plays fantastic defense they will still have to have an incredible offensive game as to have a shot at covering against the Nations 7th best defense.

Clemson wasn’t a team I liked going into the tourney but they’re clicking on all cylinders. After a dominating performance against a good New Mexico State team, they CRUSHED their opposing Tigers from Auburn. Going up by as many as 40 and won by 31. Clemson has lockdown D ranking 8th in defensive efficiency but now they’re shooting well from three in the tournament as well which makes them scary. Kansas is a “live and dies by the three” team who has not been impressive in either win against Penn or Creighton.