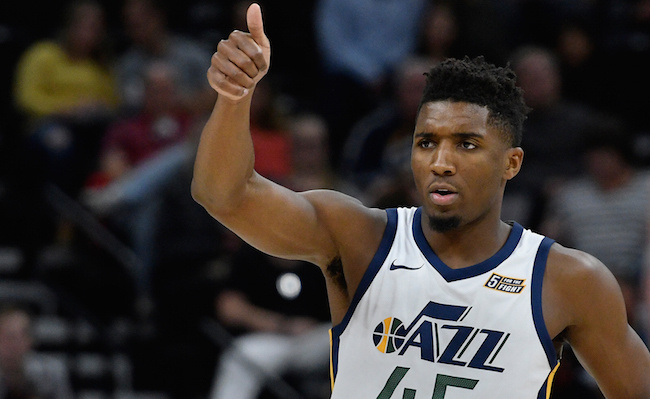 In the last 3 seasons, the NBA has gathered a lot of talent in the league, players who nowadays fit into the system of a fast tempo offense. When looking at this years top 3 candidates for ROY (Simmons, Tatum, Mitchell) it is undeniable that all 3 of these players fit into this upbeat tempo the league is now leaning towards. Simmons is a player who can run with anybody because of his size, skill and ability to make those around him better. Tatum, who is already a good defender is long and athletic. On offense he can shoot from mid-range and three, freeing up the lane for a dishing point guard like Kyrie. Mitchell is a quick guard who can blow by you but has shown to have a lethal stop and pop.

Ben Simmons seems to be the favorite when talking about ROY because of the way he fills a stat sheet. Yes, Simmons is a stat monster but can he take over a game on his own? Tatum has the most help around him as any rookie in the league with all the new acquisitions the Celtics had the last offseason. Unlike the other two Rookies, Donovan Mitchell has shown success this season doing it with a team not as talented as the other two.

The Utah Jazz win streak to close out the first half of the season includes a slapping of the Warriors, two wins against a Greg Popovich coached Spurs, and against a team who is currently in 1st place in the East.  Donovan Mitchell has raised his teammates play around him and has filled the superstar role in Utah since Gordon Hayward signed with Boston, which didn’t take long. Donovan plays a huge role in that win streak averaging higher than 21 points a game in his last 10 games. Donovan’s ability to hit big shots, along with the role in his new team and having tremendous athleticism is why I believe the ICY SPIDA deserves to be ROY.

Adam Silver is A Genius and Here’s Why…
Mark Cuban Fined $600K, But He Said What Needed to be Said
To Top