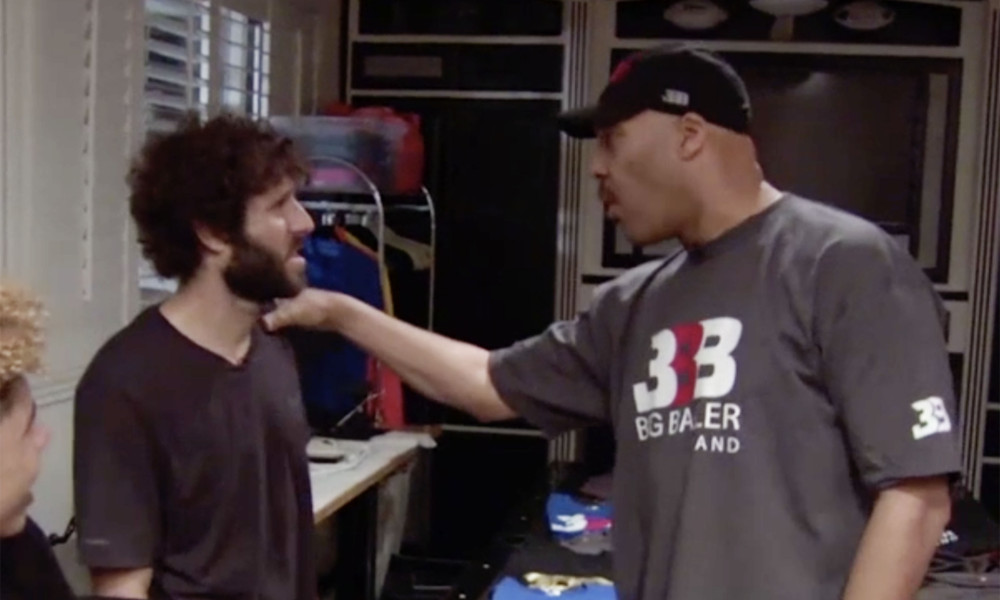 Lil’ Dicky is having one hell of a week. First, his new 10-minute long music video about pillow talk goes viral. Now he’s revealed as the unknown 4th son of LaVar Ball? Find someone who had a better week, I’ll wait.

You gotta always feel bad for the forgotten child in a famous family, I wonder if they have some type of support group, headlined by Cooper Manning, I would presume. It makes sense that despite the fact Lil’ Dicky can very much “Ball” on the court and in the studio, LaVar pays no attention to him. LaVar doesn’t believe you can win with “white basketball players”. Which again is kind of ironic since all of his kids are half white and Lil’ Dicky is full white. So technically LaVar has 1.5 black children and 2.5 white children.

The only full black guy in the family is LaVar himself and he’s by far the worst basketball player of the five. This whole thing really just bleeds irony. Lil’ Dicky does hammer a nail into LaVars’s nerves with the Jordan comments. LaVar clearly doesn’t like being told he can’t beat the greatest player of all time. Veteran forgotten son move right there. Always gotta have the ace in the hole comments that you know put the dagger right through the heart. Dicky was just playing his best cards. Gotta respect that.

You’d think LaVar being the marketing genius he is would have his forgotten son write a rap or add a record label to the family. I didn’t even go to business school and I know the more revenue streams the better LaVar. All about that ROI. Plus you need to have some form of backup income in case the world stops buying your $65 t-shirts. But I can’t imagine that happening…

Let’s Settle It, Who Is The NBA MVP?
Your 2017 NBA Playoffs First Round Preview
To Top