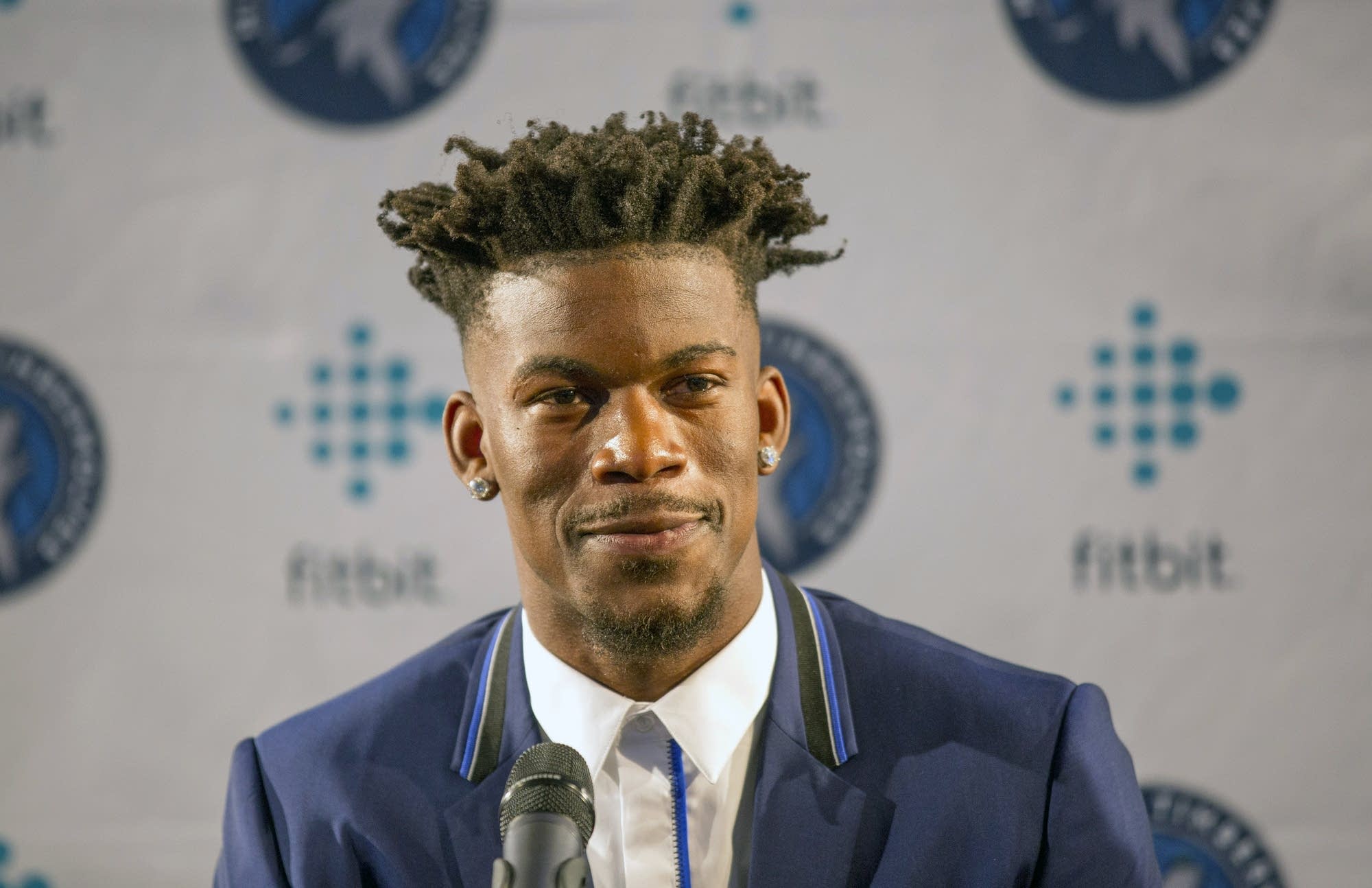 What a life these guys live. That’s just Jimmy Butler’s normal nighttime hangout crew. Two of the best basketball players on the planet and his uber hot and famous wife. Casual game of spades with half the Banana Boat crew. Probably knocking back a couple of 5 figure bottles of wine. Then Jimmy gets the call and instantly cracks open a 6 figure bottle of wine.

After all the celebration, Wade all of a sudden has a realization that his team now SUCKS. The team he just resigned to play on. Though I’m sure the $24 million dollars he’s going to get for playing in Chicago this year will put his mind at ease. On the flip side of that, Phil Jackson just got $24M to not do anything.

Jimmy and (newly) single Melo probably hit the town and left Wade in the hotel so he could concentrate on finding a way to get himself traded out of Chicago. Jimmy Butler gave out his number today for all the haters to call him. Maybe if Wade threatened to do the same to Bulls management they might grant him his trade or release. Something tells me that might not be too pleasant of an experience for Bulls management. Some not too nice fans using some not oo nice words might pick up the phone and give them a ring.

Eh fuck it, Bulls management deserves that after they were caught spying on their players with personal investigators off the court last season. Not even James Dolan and the Knicks pull some sketch ball shit like that.