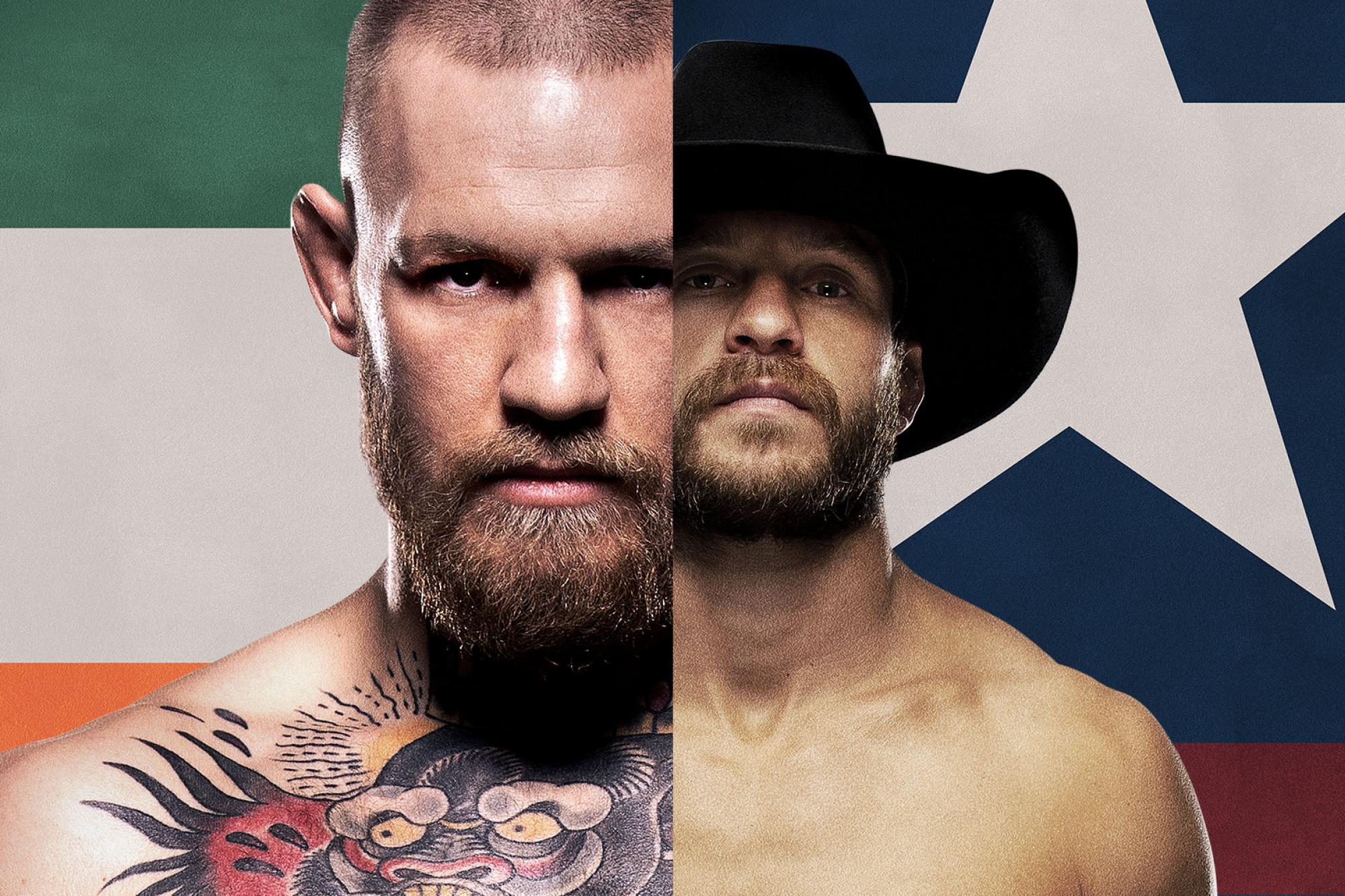 No one puts asses in the seats like Conor McGregor. Since the shit-talking Irishman burst into the mainstream in 2013 he has been a non-stop money maker for the UFC.

Winning his first seven fights with six of them by stoppages, the man seemed unstoppable.

The win streak culminated in his 13-second knockout of Jose Aldo for the Undisputed Featherweight Championship, which is still the fastest knockout in UFC title fight history. Not to mention against a guy who hadn’t lost in over 10 years and was considered the greatest featherweight of all-time.

A year later, after two spectacularly entertaining fights with Nate Diaz, he became the first-ever fighter to hold multiple titles at once when he beat Eddie Alvarez for the Undisputed Lightweight Championship.

The first-ever champ-champ. The Notorious has transcended the sport and brought it to heights even Dana White and the Fertitta brothers couldn’t have dreamed of.

On the other side of this one stands Donald “Cowboy” Cerrone.

No one has fought more than Cowboy. When he steps into the octagon on January 18 it will be his 50th professional fight. In that time he has garnered the most finishes, wins, and bonuses in UFC history.

Both of these guys, but especially Cowboy, have been known to fight anyone at any time. In 2019 at the age of 36, Cowboy fought four times and five times total since November 2018. Most newcomers aren’t even that active, yet Cowboy just loves the fight game and is always down to scrap.

McGregor, on the other hand, has been pretty absent since 2016, fighting only one time which was a submission loss to the Lightweight Champion Khabib Nurmagomedov.

Despite his absence, McGregor’s longtime coach John Kavanagh said this is the best he’s seen Conor.

Jan 1st, last heavy spar today before going to Vegas. Can honestly say this is the best i've seen him and i wasn't sure that was possible to do 6 months ago. You guys are in for a real treat, i'm just glad to have a good seat! #UFC246

Obviously your coach is going to talk you up, but that is a bold statement even for the SBG Ireland team.

All team bias aside it is safe to say we are in for a real treat, especially since this fight is two lightweights fighting at welterweight. No real weight cut means they’re going to be full of energy and bringing some serious power to this one.

Despite the layoff, McGregor is favored pretty heavily in this one at (-320) while Cowboy has some really great value at (+260).

Conor is his most dangerous out of the gate. His awkward style and powerful left hand always makes him a threat for a finish early. Cowboy is a brawler and has a lot in his bag to combat any opponent. He is one of the best kickboxers in the game, he has insane wrestling and is a black belt in Brazilian jiu-jitsu.

Although he has such a diverse game, there’s nothing this guy loves more than to stand and trade punches. He prides himself on being the toughest MF’er in the game.

Usually, I have a fighter I like more or want to see win more, but this is such a tough one for me. These are easily two of my favorites and two absolute legends. No matter who wins this is going to be one for the books and January 18 can’t come soon enough.