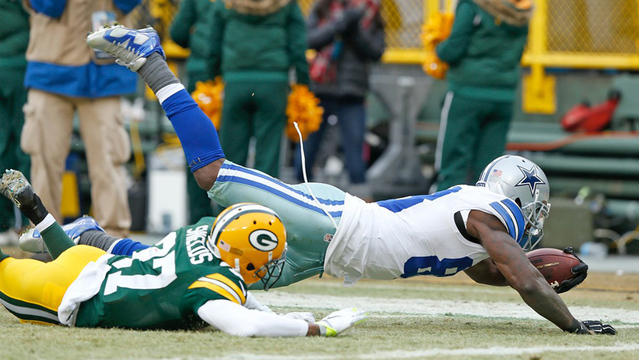 NFL-Members of the Competition Committee, charged with changing the rule, are in the middle of four days of film review and discussions ahead of the NFL Scouting Combine. Their most likely recommendation, according to one person privy to their conversations, is to eliminate the “going to the ground” element of the rule, which requires players maintain control of the ball all the way through when they hit the ground. 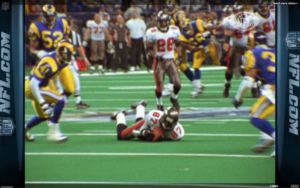 Well what do you know, the NFL has finally caught up with the rest of the world and is realizing that their catch rules flat out STINK. For years there has been a public outcry over the lack of definition around what is “a catch”. This year it was the Jesse James drop/catch, the goal line TD/Fumble by Austin Sefarian Jenkins, even the Zack Ertz TD in the Super Bowl and on and on it goes.

It all goes back to 1999 to the Bert Emanuel catch, if you watch the video you clearly see the ball move once he hits the ground, but he also had possession. The ruling on the play was reviewed and to everyone’s surprise, the catch was overturned. This call caused so much controversy that during that offseason the rules committee tweaked the catch rule.

They made it that the player would have to maintain control of the ball through the catch and still when he hit the ground. Thus changing the game and creating the monster that is today a clear disconnect between what is perceived a catch and what is ruled to be a catch.

Where we are today

The rules committee is discussing a change in the rule that would place less emphasis on players maintaining control of the ball when going to the ground. (A moment of silence for all Cowboys and Steelers fans). This means that yes we can finally say that without a doubt DEZ CAUGHT IT. It means that Jesse James caught it, the Steelers won the game, went on to take the one seed, and won the Super Bowl with AB catching a record 17 in-game touchdowns!  This rule will help define what a catch is, but this it is not the only game-changing rule that is being proposed.

Adding balance to the game

Another rule being proposed is one that would change defensive pass interference. The rule change would make defensive PI carry a maximum 15-yard penalty instead of it being a spot of the ball penalty. This would be excellent, far too many times have offenses been moved up 40-50 yards down the field when there shouldn’t even have been a penalty.

Not only does the current format give an unfair advantage to the offense, but it also makes the penalty more a game of luck. Far more often do you see quarterbacks chuck the ball as far as they could hoping they can draw a PI call. Changing the penalty to 15 yards would limit a referee’s power to alter the game negatively, and it also gives the defense a break when the refs get it wrong.

One rule proposition that I am 100000% against is the college-style targeting rule. I am all for player safety, and if a player makes an illegal or malicious hit eject him. However, this rule would add a MILLION hours to NFL games. If you have watched a second of college football you have seen the refs stop the game about 20 times to review a play for targeting. If they figure out a way to limit it to only plays where a player is injured then go for it, but if the game will be stopped constantly to review a play for targeting, then please…..NO.

Another rule that is abysmal is one that would eliminate hand fighting. This is when a receiver and a defender are jostling for hand position throughout a route. It is also when a defender bumps a receiver at the line of scrimmage to disrupt the timing of the route.

Notice how this rule would make the defensive position even harder than it already is. The defense can barely touch an offensive player without having ten yellow flags thrown at him, but now they don’t want the defender to touch an offensive player at all. I know scoring makes the world go round for the NFL as it draws in larger audiences, but this would decimate physical defenses such as Seattle, New England, New Orleans, and Washington to name a few.

Fix the catch but let’s not get carried away trying to change the game all in one offseason. 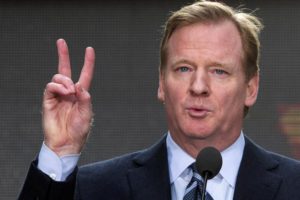