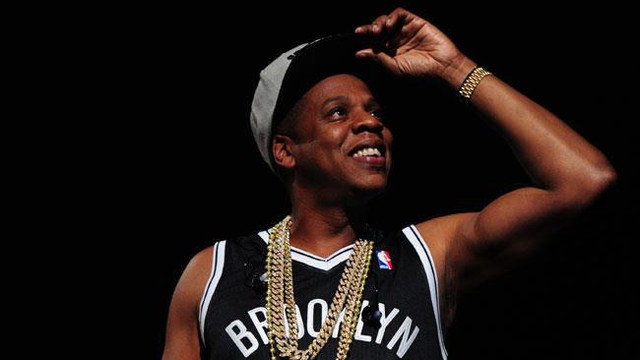 As part of its aggressive commitment to relaunch its basketball sneaker category for the first time in 20 years, Puma on Monday announced that rapper and business mogul Jay-Z has been named to a high-profile role with Puma Basketball. A Puma spokesperson told ESPN Monday afternoon that Jay-Z’s title would be president but later clarified his title.

“I can confirm that according to his deal with Puma, Jay-Z’s official designation is Creative Director,” Adam Petrick, global director of marketing and brand for Puma, told ESPN. “I referred to him (earlier) today by an informal designation.”

In advance of this week’s NBA draft, Puma has already signed projected first-round picks Deandre Ayton, Marvin Bagley III and Zhaire Smith to multiyear footwear and apparel endorsement deals. The trio represents the first NBA endorsement deals for the brand in two decades. Puma last signed Vince Carter in 1998 to a 10-year deal, although the short-lived contract ended after just two seasons. Jay-Z, whose given name is Shawn Carter, is expected to be leading brand creative direction for marketing campaigns, will have a voice on product and will also help to identify which upcoming NBA players and entertainers may be best suited for the brand to sign. – H/T ESPN

Puma FROM THE CLOUDS. I got to be honest, I didn’t even remember Vince Carter’s short-lived Puma stint. Walt Frazier is at this point, famously the only recognizable basketball name with a Puma endorsement deal. He has a lifetime deal. Pretty solid for a guy who hasn’t played for roughly four decades. I viewed Puma the same way I view Converse. A once recognizable name in the game that got lazy and passed up by the bigger budgets, better technology, and cooler brands.

Nike, Reebok, Adidas and now even Under Armour have all done a better job at creating and marketing basketball shoes since then. A brand that used to be a part of the game was now hopelessly lagging behind.  Here we are after a 20-year absence, out of seemingly nowhere. Puma, after cementing itself as a dominant lifestyle sneaker brand, is here to try it’s hand at basketball again. Boy did they go all in on it this time around.

Not only did they sign two of the top 5 picks in Ayton and Bagley, they got Zhaire Smith as well. A promising young guard that projects to go in the middle of the first round. Getting Jay-Z though? That’s the real whale. Hard to find a public figure more well known and well respected within the basketball world, specifically by the players.

When this story broke, my instant thought was about Andy Miller. The famed NBA agent who has been caught up in the middle of this whole Adidas college hoops scandal. He was being used to bring players to Adidas under the table. Two of his bigger clients included Kevin Garnett and Kristaps Porzingis, both Adidas athletes. Apparently, all of this is frowned upon, unlesssss your name is Jay-Z? Jay-Z owns Roc Nation Sports and is a registered NBA agent, a distinction that has not changed according to my knowledge. What exactly is Jay-Z going to be doing that’s different than what Andy Miller did? He’s got a fancy bullshit title? He is being paid to sway and persuade athletes to sign with Puma. Miller did the same for Adidas, he just didn’t advertise it.

This all feels like the beginning of Casino when Sam Rothstein is negotiating his deal to run the Tangiers without a gaming license. Every few years you just assign yourself a new bogus title and your application goes to the bottom of the pile. That’s what I feel like is happening with Jay-Z. I mean, shit, he’s already had two titles and its only day one. This guy is on pace for 730 different job titles a year.