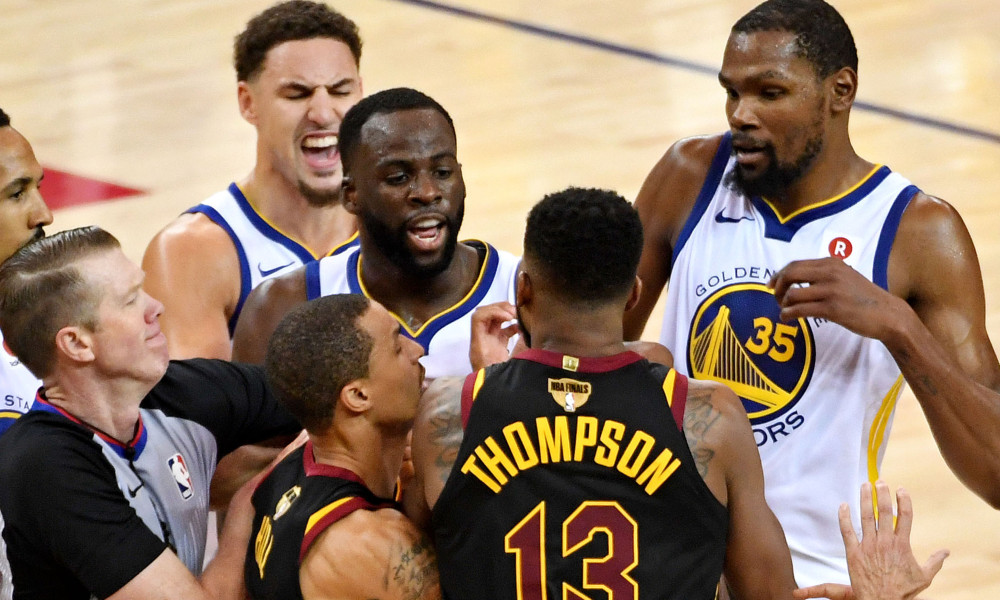 The steamy Draymond Green – Tristan Thompson feud came to a close at the end of the four-game sweep the warriors handed down. Draymond gave his congrats and condolences to everyone on the court, except one man. When it came time to shake the hand of Khloe Kardashian’s baby daddy he brushed him to the side. Without the audio, this seems like a simple silent treatment diss. All we had to go off was Draymond’s words in his interview recalling the encounter.

Then the video and audio were released and it displays quite a different version.

“I don’t fuck with you”… Dray to TT after the Finals Sweep… @Sixfever pic.twitter.com/ald7LkRckz

…Ouch. Sure the message was the same, but the real version is so much more validating to both Draymond Green and the feud itself. Draymond is cut from a different cloth than Tristan. That part is true. Draymond is an old NBA soul. He genuinely doesn’t like other players. Which is probably why a lot of people don’t like him. Aside from his teammates. He’s like if Russell Westbrook was efficient, not selfish, great defensively and well liked by teammates. Tristan is part of this new “friends and family” NBA generation.

Draymond could have definitely meant what he said because of their vastly different character traits, but there is one other theory. A theory in that I see as much more plausible. Draymond wasn’t trying to go anywhere near that “Kardashian Kursed” man. He’s seen the powers of the infamous “Kurse.” Talk about batting a perfect 1ooo. Any man that family goes near immediately becomes a ticking time bomb for bad luck. The Warriors were risking plenty just by playing a game while Khloe was in the building. Draymond wasn’t about to double down on the worlds most powerful “Kurse” over a petty rivalry on the court. They’ve got a dynasty to continue and a Kevin Durant to resign.

When they say Draymond Green does all the little things for the Warriors, the things that don’t show up on the stat sheet. This is the type of stuff those people are referencing. A true rim protector through and through.