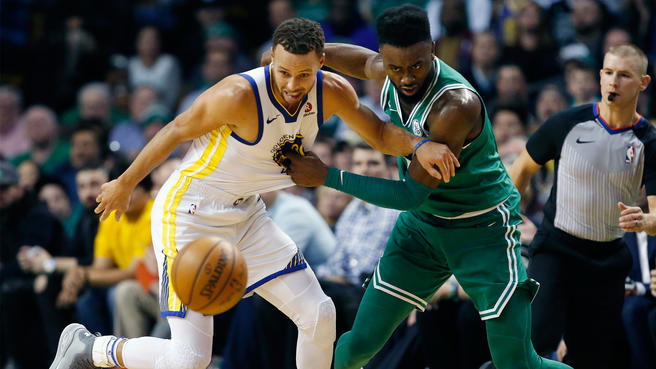 This is really the one short period of time every year where the NBA is in somewhat of a lull. The draft and free agency are over. We’ve exhausted all talk of Summer League play. Training camp hasn’t begun and there won’t be too many notable roster moves before then. The release of the schedule is the next thing NBA fans have on the docket. The league is well aware of this and have figured out a good way to stagger the schedule release throughout the latter part of the summer. First, we get the opening night games. Then the Christmas Day lineup. Followed finally by the full schedule. Once that hits, the NBA is an always-on product for the next 11 months.

Well, it seems we have found out the first phase of the schedule, opening night.

You always hope for great matchups on opening night, but you also don’t want them to necessarily be predictable. I think the NBA nailed that aspect with these two games. The east’s game is a little more predictable than the west but still the premier matchup most of us want to see. The Celtics and Sixers are the two teams that most people have penciled in as the eastern conference finals matchup. While both are loaded with young talent that will almost assuredly keep them in contention for years to come, they both still have questions marks around them.

For the Sixers, how will the second year of Markelle Fultz career be? Did Ben Simmons learn how to shoot…like at all? Can Embiid stay healthy and can their role player turn in equal performances to last year? With no major roster moves being made, Philly will have to rely on it’s two young stars getting even better.

With the Celtics, some is the same. Can their young studs continue to grow and be more effective this year? More importantly, though, how will the reinsertion of Gordon Hayward affect chemistry? Especially with Kyrie Irving?

In the West, this was a less predictable matchup but one I’m already pumped to see. You almost thought Warriors-Lakers was a lock for opening night. Looks like they’ll be saving that one for Christmas. Makes sense, the NBA doesn’t need LeBron getting blown out on opening night as he debut’s for the NBA’s premier franchise. Warriors-Thunder is the matchup I didn’t realize I needed to see in this spot. Luckily Adam Silver is a wizard and made that happen for all of us.

The Warriors are again coming into the year and the runaway favorites to win the chip. And honestly, that’s what they’re going to do for the fourth time in five years. This could be the last year though. This could be the last time the Hamptons 5 Death Lineup is ever on the same team. It’s a defining year for this dynasty that will see Durant, Klay, and Draymond all hit free agency next summer. And what do you know there have already been rumors of them leaving. We have even had some reports Kevin Durant will consider an OKC return next summer.

I don’t believe that for a second. He didn’t leave OKC just to join a better team, a better situation or live in a better city. He left OKC because he wanted to have a chance to play with guys not named Russell Westbrook. He wanted a chance at titles. Multiple titles. Something Westbrook simply can’t provide. That fact remains the same as it did as the day Kevin Durant left for Golden State.

On OKC’s side, they are looking to make big improvements after a disappointing season last year. The Thunder are hoping the loss of Carmelo Anthony can become addition by subtraction. Thinking that it will open up more freedom for Russell Westbrook to operate. Although that hasn’t exactly proven to be a championship formula, Westbrook does best when he has just one other star. Unfortunately, Paul George isn’t Kevin Durant.

Both of these matchups should prove to be a great way to kick off the NBA season. Top teams, loaded with stars and budding stars, with rivalries in place and everyone’s got something to play for. The NBA stays killing it.