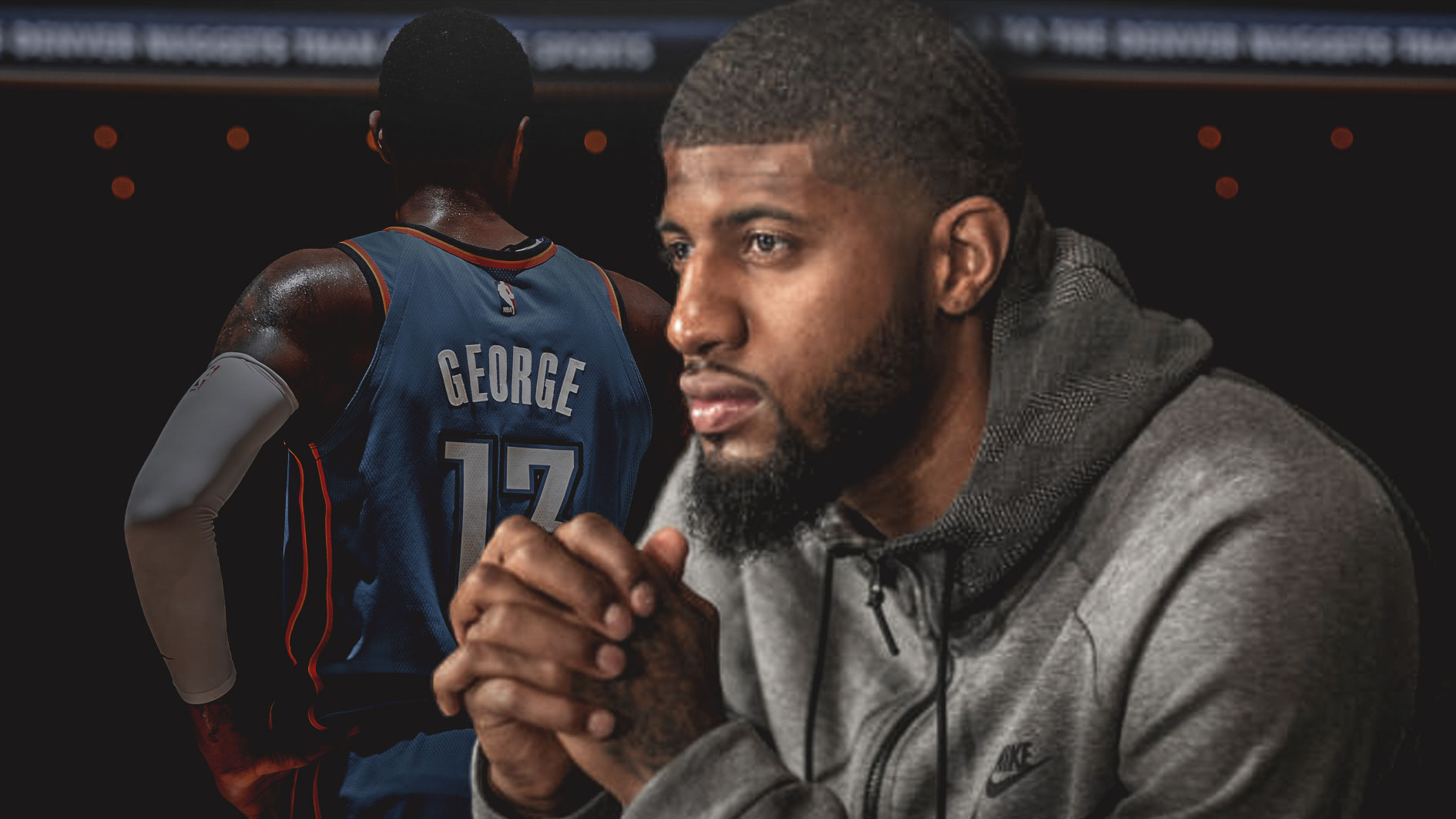 Paul George will be one of the most sought-after players in the NBA this offseason and where he will play next season and beyond is a hot topic of speculation and conversation heading into the league’s free agency period.

SportsCenter will take viewers behind the scenes with the five-time NBA All-Star with exclusive and intimate access during his offseason in “Paul George: My Journey,” a three-part series that will debut in the 6 p.m. ET edition of SportsCenter on Tuesday, June 26. George joined the Oklahoma City Thunder last season after seven years with the Indiana Pacers. As the series documents an important point in his career, the Los Angeles-area native will be shown speaking with trusted advisors and friends, including 12-time NBA All-Star Dwyane Wade.

Part 1 will examine George’s rise to NBA stardom while the second part, debuting June 28, will follow him during his off-court pursuits as he prepares to build on his career. Part 3, which will air after George’s NBA plans are made public, will give viewers a look at what’s next for George and how he arrived at his ultimate decision. All three parts will be approximately six minutes in length. – H/T ESPN

When this broke today there was a ton of chatter online that this was a sign Paul George was staying in OKC. Some treating it as almost a certainty. I thought maybe, at first. Then thinking about it more playing devil’s advocate, why wouldn’t this mean he’s leaving? To me, all it could mean is that he’s decided where he was going to play already. If that was LA or OKC there was no real indication.

Paul George knows just like everyone in America the Lakers will pitch him. So he shouldn’t have any problem making that decision in his head and with his people beforehand. Without even speaking to the Lakers. I had to dig deeper into the details behind this show though. There was more to it than a headline, which is true with almost every story. Unfortunately not too many sports fans or keyboard warriors like to read past headlines these days.

What mattered most here was the content of each part and the date of their release. With the first two being about his early life and his off the court life, it may not contain too much content about his actual pending decision. Most of those episodes should be structured like any other interview in terms of whats needed from George. The third episode will cover the actual free agency decision, but it will be released after the general public knows. How long after? A day, a week, a month? Context is everything here. We don’t even know the date of the second episode. Let alone the one with all the good stuff in it.

So not only am I arguing this means he’s going to stay in OKC, I think it means he’s going to LA. At least that scenario seems more likely to me. It all fits too perfectly. No one makes a big deal about staying put. No one does a feature on nothing changing. You don’t do these “Hollywood” type series without something big to reveal. I’m not a huge fan of this series no matter his choice, but I think I’d be significantly madder if he stayed now. You can’t do this whole thing, waste my mental energy and physical time and just stay in Oklahoma City. The least exciting place in the country (everyone whos ever been there words, not mine) alongside the selfish, will never win a title as the best player Russell Westbrook.

The longer the third episode releases after his decision is made public, the more likely its that he’s leaving. Anything past 3/4 days and it should mean the doors are shut on OKC.

OKC just isn’t that good. They at best can only return the same team from last year. LA is simply a better team than OKC if you give them Paul George. Then you have the chance to sign another max player outright? Take any max worthy player available to pair with Paul George and that team is exponentially better than OKC. More talented, younger, better city, contract situations, cap outlook and most importantly, championship outlook. The Los Angeles Lakers win every one of those battles. OKC has the extra year of guaranteed money, that’s it.

Paul Geroge should realize what Kevin Durant realized, he’ll never win a title with Russell Westbrook. Get out while you can. Of course, if he does choose to keep the money for the far worse situation, then at least he’ll be with like-minded company. Russell Westbrook and Carmelo Anthony have both made that choice loud and clear before.