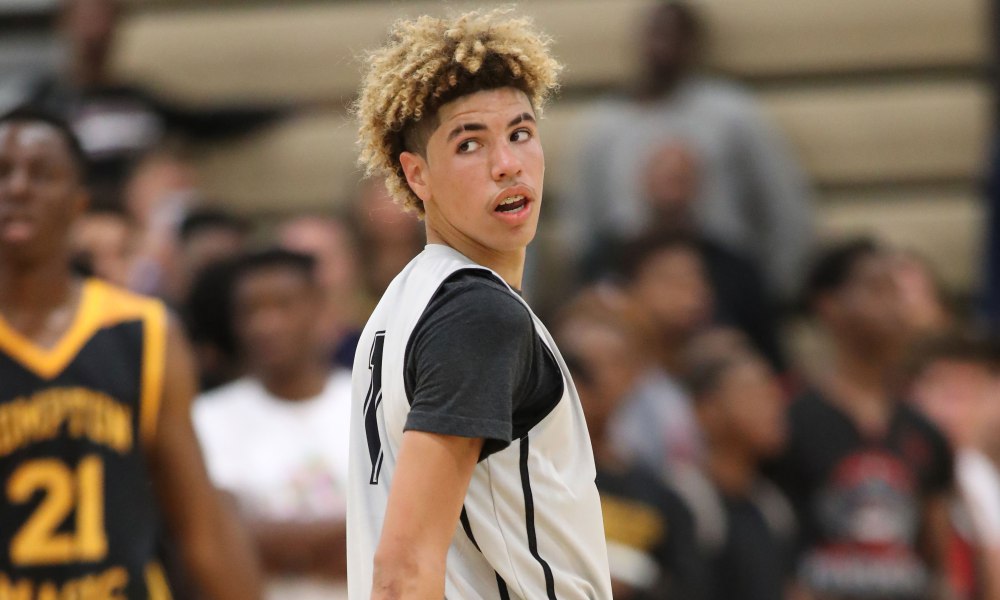 It all began with this below tweet of a Laker’s fan account posting a picture of a girl he either knows or discovered on Snapchat or however any of this is discovered on the internet. She posted a picture on her Snapchat claiming she was with LaMelo Ball. A huge public figure who attracts a great deal of attention. Especially when a seemingly regular girl is claiming shes in his presence.

Apparently, this girl doesn’t understand how the internet works (classic Gen Z) because she was seemingly unaware that or why someone would share her pictures. She was so infuriated about this, she took the only action a spoiled teenager girl takes when she doesn’t get her way. She threatened to call her daddy…the cop.

yall she fr threatening to call the cops, can i get in trouble for this idk 😭 pic.twitter.com/VWzzjsjxxd

She actually went from the initial warning phase to full-blown tattletale by the end of the message. She didn’t even last an entire message. Think about that.

Our buddy here didn’t seem to be sweating the threat too much. No one who is scared of a social media interaction continues to post every stage of the conversation on said social media account. Oh, there’s also the other reason that what he did was COMPLETELY LEGAL in every way.

bout to go swimmin ill keep u guys updated if the cops raid my house 😤🤙🏼 pic.twitter.com/u8qPYargmm

He cared so little he decided to take a dip in his pool and wait for Johhny Law to roll up on him. Talk about a kid taking advantage of his chance to go viral in this clout chasing world we live in. You know the same clout this broad was going after when she posted a picture “hanging” with LaMelo Ball. Funny how some people think. It’s actually not funny it’s quite scary, but we’re here to make people laugh so when people do dumb shit, let’s laugh because you can’t fix stupid. Anyways, on with the story…

yall they just showed up and i blamed it on my lil bro LMAOO thats what he get for forgettin to record the Lakers Summer League championship 😤😂 pic.twitter.com/fWARiacyHT

The cops actually showed up. She literally called her dad…the cop. Still, our friend here is unfazed. He’s so unfazed and knows he’s done nothing wrong at all, he decides to take this whole thing to the next level. Again he seizes the opportunity in front of him. He blames the whole thing on his brother as payback. Talk about killing two birds with one stone. You practice your cop convincing skills, which is one of the most useful skills out there. You get payback on your brother and wipe your hands clean of this “crime”.

okay so turns out the cops were chill and one was a huge Lakers fan. We gucci now and my bro got some stickers from the officer. ✊🏽 pic.twitter.com/6Cp5TjNN9c

Would you look at that? The happy ending we all hoped and wished for. Her Dad must really love her because I can only imagine the shit the guys are giving him at the police station for having to go out on this call. If I was his colleague he wouldn’t ever hear the end of this one. This is about as comical as it gets. It turns out nepotism doesn’t always win. That’s the power of sports right there and the home team won in a blowout.