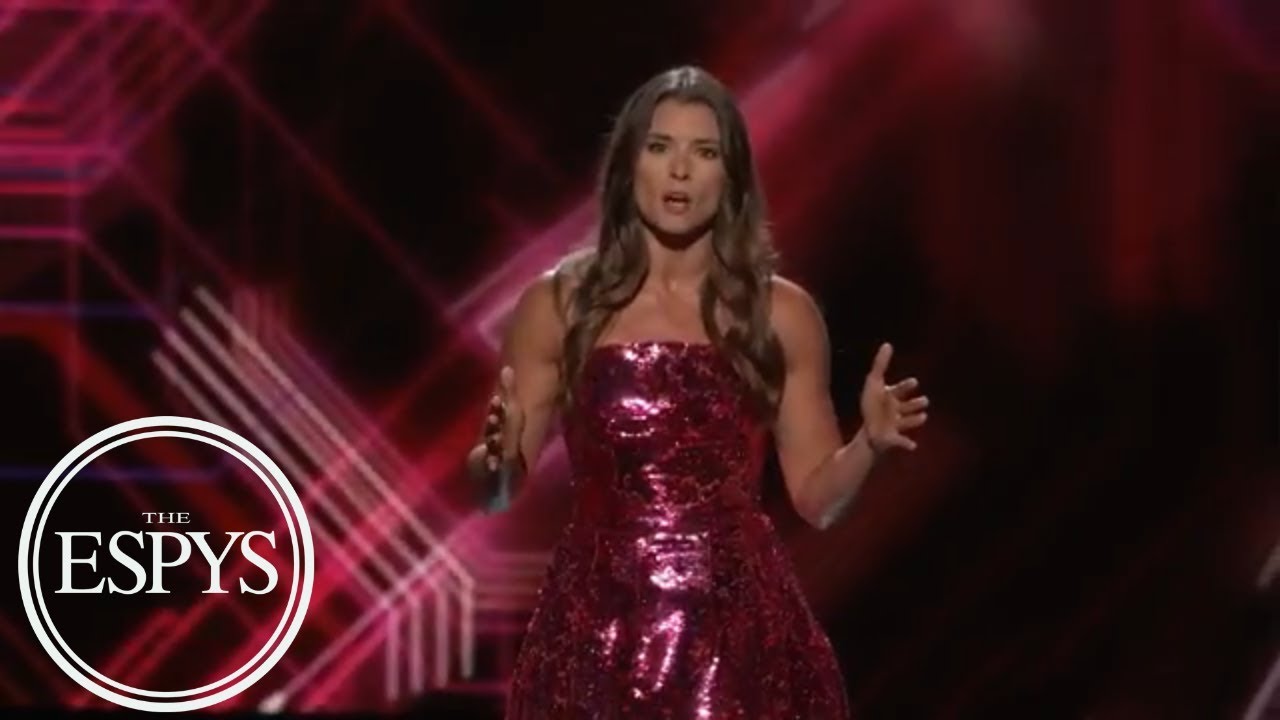 The day after the MLB All-Star game, or as us sports fans know it, the worst day of the entire year. It’s the only day of the 365 day calendar year where there are no major professional American sports on. This is the exact reason ESPN holds the ESPY’s annually on this day. It makes sense, cant knock it, but that doesn’t mean I can’t wish I was watching sports instead.

The host of the Oscars is always a big deal, and the ESPY’s are the sports worlds equivalent, so it’s always interesting to see who they’re going to pick. This year, recently retired Danica Patrick was tapped to host. While the entire night is part of your overall report card for the night in terms of being judged as a host. The opening monologue counts for no less than 75% of your overall grade. It’s a make or break part of the job, it can save your night or ruin it before it barely gets going.

I don’t really think of Danica Patrick as the comedic type. She’s great and all, actually a big fan of hers, both on and off the track, but I just don’t see her as someone whos going to make me laugh. Granted it’s not like she’s writing any of these jokes, so it’s really all about the delivery anyways. Overall Danica was a pretty solid host, her monologue was decent. I guess it was what I expected. She definitely had some zingers, but there were also some prettyyyy awkward moments. You can tell which jokes fell flat and were met with forced laughter. She got me with the LeBron joke, because well, everyone gets me with every LeBron joke. It’s like doing the peekaboo thing to a baby for me, I’m gonna laugh every time. Nevertheless here’s the full speech: