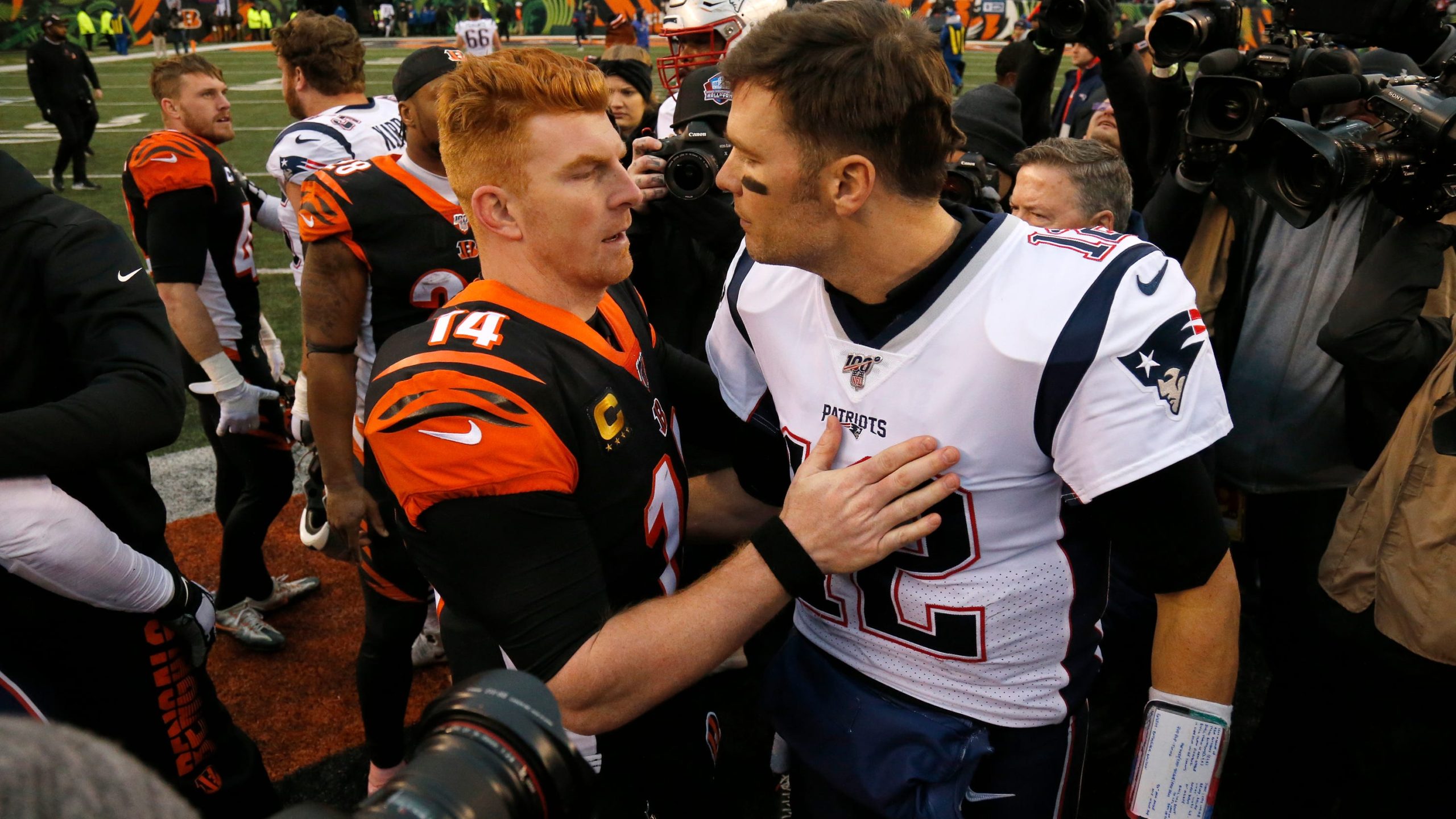 For the past four or five years there has been much speculation on when the Patriots and Tom Brady will part ways and what the organization will do going forward at the quarterback position.

Never once has it crossed my mind that Andy Dalton would be a suitable replacement for the GOAT, but the Boston sports media has been tossing around the idea for the past week and I can’t take it.

If the Pats move on from Brady and bring in Andy Dalton as the replacement, I’ll lose my shit.

I’ll be the first to admit that Brady is not a top-tier QB anymore. I wouldn’t even put him in the top 10, but he is better than Andy Dalton.

Not to mention, he didn’t have much help this year. No protection from the o-line, lack of depth at receiver, legit no tight end at all. The deck was stacked against him and he had a mediocre season.

Although he didn’t have much help, he is to blame for some of it. His throws were just not where they used to be and at the ripe age of 43, he’s obviously going to lose a step or two.

The Red Rifle played for the Bengals for the past nine seasons and only had two seasons with a passer rating over 90. Again, he’s not entirely to blame for that because of his shit situation he was put in being in Cincinnati,  but c’mon gun to your head a 43-year-old Brady or Dalton in his prime?

You’re taking Brady based on accomplishments and potential alone.

We still have a while to go before Brady becomes a free agent for the first time in his career in March and there is a pretty good chance the Pats will give him one more go at it, but these Boston media guys need to chill with their Dalton theories.

He is just not the answer. I’d rather draft a rookie and let him have a go at it than watch that carrot top wannabe suit up for the Pats.