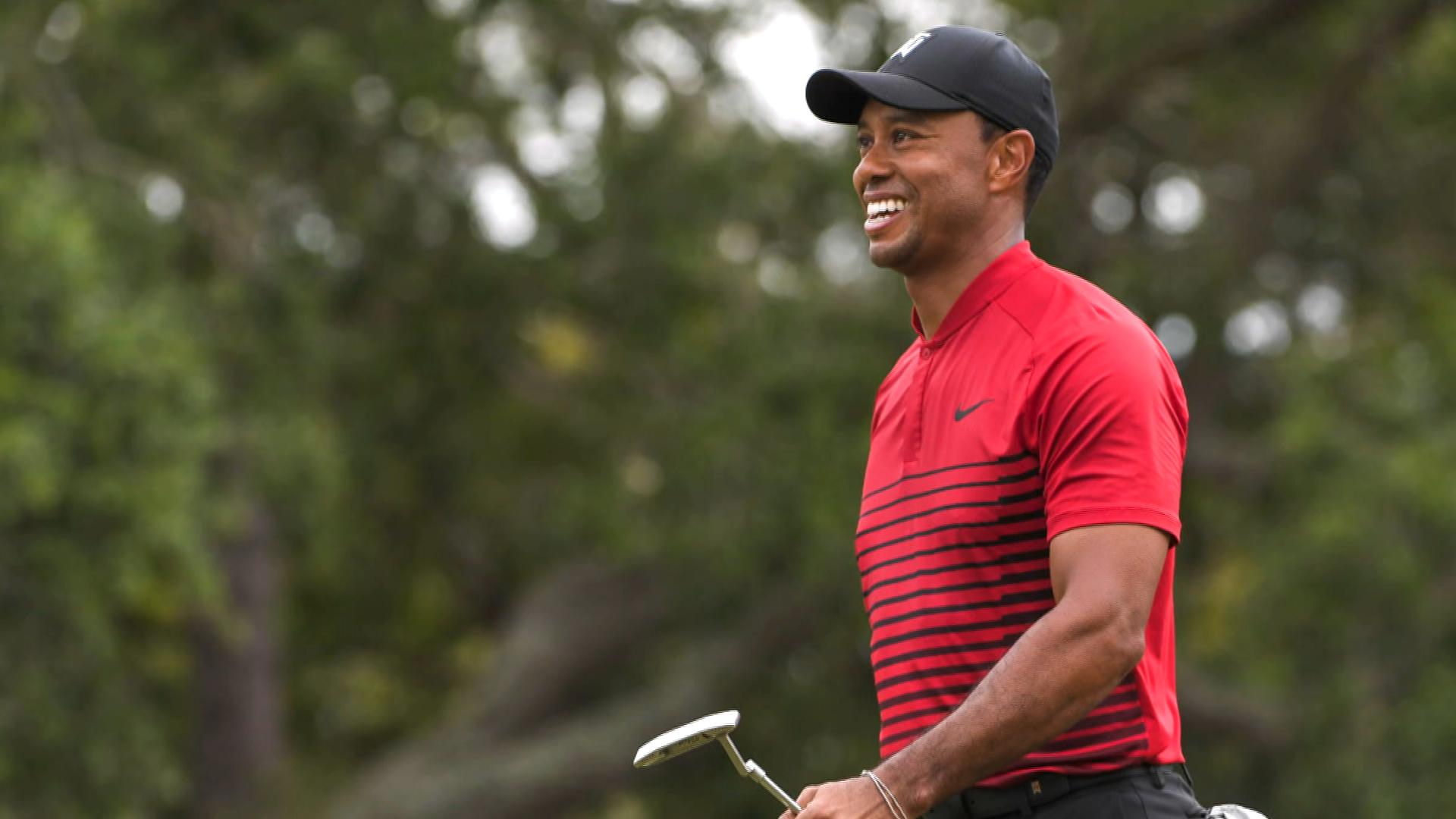 In case you weren’t paying attention to Golf this year, let me tell you the biggest news – Tiger is back. No last name is needed, but a little background info is.

Personally, I was not a big fan of Tiger, besides his very early days. Report after report always seemed to mention that Tiger “doesn’t play well with others” unless of course you are in bed and looked like Lindsey Vonn. He didn’t seem to like his golfing peers. His peers didn’t seem to like him. I am not talking about being competitive, as all top athletes in the world are. We are talking about being way outside the professional norm; basically, he was a dick.

Then add in Tiger being a player on 7 USA Ryder Cup teams. This was a chance to win his critics over, in what is one of the best and popular golf events. But nope, more of same from ol’ dicky Tiger. Sure team players would say “we love Tiger and everyone here gets along just fine”. But not many people believed that. And Tiger, being the best player in the world during those times didn’t play well (13-17-3) and didn’t win critical points for our USA team in losing efforts.

Then of course came Tiger’s very public fall from glory. The car accident that was shown on every golf broadcast and newscast. The public divorce from his beautiful wife and all the stories of his affairs and antics. His golf game crashed along with the above. The talk was that he lost his mental edge, was too physically worn down, and knew he was not invincible anymore. Then injuries came along, the type that happens as athletes get older. Woods has had many knee surgeries plus at least 4 tricky back procedures – the last, a make or break spinal fusion in April 2017 to alleviate pain in his back and leg. Then over Memorial Day weekend less than a year ago – Tiger was arrested for DUI near his home in Jupiter, FL. Tiger’s fall from glory seemed to be in full free fall.

Woods certainly looked to have golf in the past. Love him or hate him, he had hit rock bottom.

Fast-forward to the 2018 and alleluia, since it is a miracle to most – he is back and even better, he’s playing well on tour again.

Although his physical and emotional recovery started a while ago with a fixed body, adjusted swing, and many hours of practice on his putting greens (yes plural) at his private home – it seems that it is his updated mental attitude people are noticing the most.

This seemed to start with the 2016 Ryder Cup held at Hazeltine National Golf Club, Chaska, MN. Tiger was on the USA task force committee and also accepted a Vice-Captain role. Basically being an assistant coach has a primary role of a cheerleader. It involves making sure the current players have what they need or want. They ask for a smoothie, a vice-captain should get it for them. If they need their blue USA rain gear, the closest vice-captain gets it for them. You get my drift.

In the past, no way Tiger would ever, ever want this role. Him helping other players? Tiger doing for something that is not directly benefitting Tiger in golf? Nope.

But here he was and not only did the players and media report that Tiger’s support was a big part of the much needed USA Ryder Cup win – that he actually bonded with his fellow players. He did so with a smile. Wow.

This week, The Masters – No other early Spring event says Winter is finally over and Marg’s & Bikinis will soon be plentiful again. But this year we have another thing to be grateful for – Tiger Woods is back playing uber competitive golf again!

Honestly, forget Rory, Sergio, Henrik, Rose, and the rest of the Europeans. And don’t forget or diss the American’s such as Spieth, Thomas, Ricky, Bubba and of course Phil. But having Tiger back is what the fans, media, and even my grandmother want to see and talk about.

Good Luck Tiger, I can’t wait to see you on the leaderboard late Sunday with a chance not only to win your 5th Masters – but to complete a redemption type of comeback!

Although Tiger has now won me over as a fan, and like millions of others I will be rooting for him – I think your betting money should go on either Rose or Bubba. Rose is playing excellent golf and Augusta‘s layout is made for Bubba’s creative shot type of play. I’d also take Rory for a place or a show. After a putting coaching session with Brad Faxon a couple weeks ago, he’s got the extra confidence to be right there at the end. But go Tiger, golf and the sporting world is a better place with you back.

Tiger Woods Sunday Red Could Bring Him a Win, For the First Time in a Long Time
Patrick Reed: Captain America or The PGA’s Sleazebag?
To Top