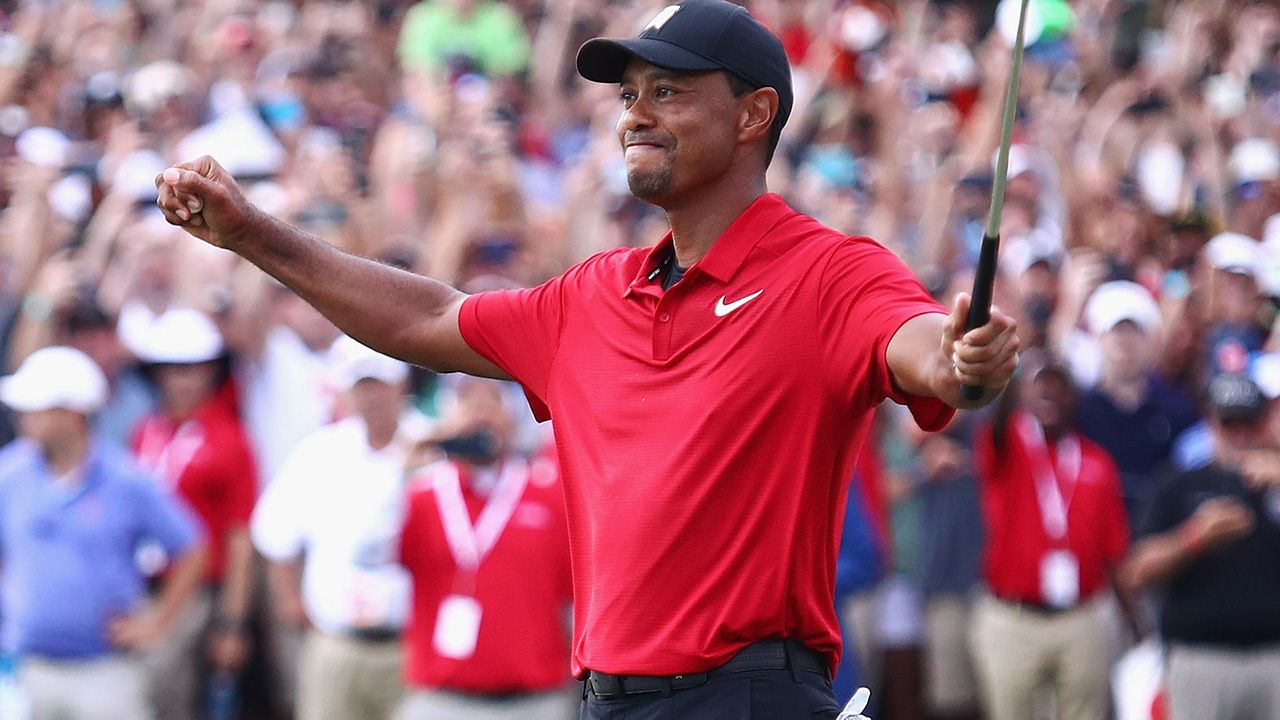 Before Sunday, it had been 1,876 days since Tiger Woods had won a PGA tour event.

After suffering from a back injury that seemed like he would never recover from, many said Tiger would never even compete again, let alone win. It had been a long struggle for Woods getting back to a place where he would be in contention for a win in any tournament.

After having fusion surgery to fix his troublesome back, Tiger came into this year feeling better than ever. He could actually swing a club again and from the very first event of 2018, it was clear he was finally making strides in the right direction for the first time in years.

There were certain points over the past few years where Woods could barely walk his back was in such pain. And who could forget his infamous DUI where he looked like he had just spent the night with the Rolling Stones from 1970.

Less than two years ago, Tiger was at a low point in his life and it looked as though the championship golfer we all remembered was long, long gone and he would be done for good.

But Tiger had other plans.

Woods spent most of 2018 working on both his mental and physical condition and most importantly his game.

At the start of this season, it was clear Tiger had one goal in mind and that was to return to his winning form and prove to everyone that he could still dominate the sport he once owned.

Tiger competed in 18 tour events this year and made all but two of the cuts, missing at only the Genesis Open at Riviera Country Club and the U.S. Open at Shinnecock Hills, which is one of the toughest courses in the world.

In the 16 times he made the cut, Woods managed to earn seven top 10 finishes including five top 5 finishes. He finished over par only twice all season.

This year was also Tiger’s highest earning year since 2013, eclipsing the $5 million mark.

Coming into this weekend, Tiger was itching for that first taste of victory in half a decade.

After finishing in second place in the PGA Championship at Bellerive Country Club in early August, Woods knew winning was something he could accomplish he just needed to get the chance.

Coming into Sunday he was in first place with a 5 stroke lead over Justin Rose and Rory McIlroy, two people who could very well make that five-stroke lead disappear before the turn if they played up to their capabilities.

Luckily for Tiger, he had the cushion to post a final round of 71 after two 65 shot rounds on Thursday and Saturday and was able to win his first event in five years, finishing -11 in the Tour Championship.

Maybe even more remarkable, he finished 2nd in the FedEx Cup to Justin Rose who managed to get his top 5 finish to win his first FedEx Cup.

After a comeback that at times seemed impossible, I think it is safe to say that Tiger Woods put the world on notice Sunday, proving that he can, in fact, win on this tour, and if we are lucky there will be plenty more of that to come in 2019.