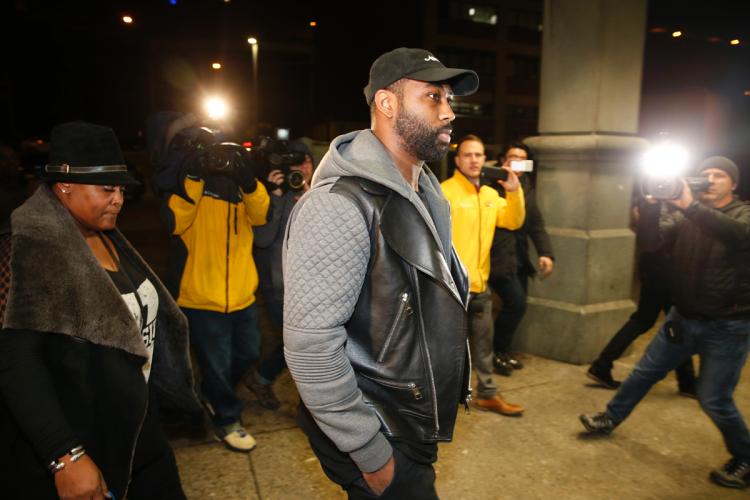 Luckily for Darrelle Revis this video, which was previously in question seems to support his claims that he was indeed not the aggressor nor the one who knocked out the two men seen lying unconscious in the video. TMZ claimed initially that the voice which can be heard off camera making threatening remarks was indeed Revis’ voice. This is incorrect, it is not Revis’ voice, a claim backed up by a number of people and players who know Revis well, including teammates.

What I think most people don’t realize about this incident is that yes they were out in downtown Pittsburg late at night, but they weren’t out drinking or clubbing. Revis was out in downtown Pittsburgh visiting a real estate development property he owns! People are so quick to pass judgment when hearing a story like this,  but take a step back and figure out the facts first. Revis could not have been out for a more legitimate reason. he was doing nothing wrong. Innocent until proven guilty. Sorry but I’m gonna believe the NFL athlete who’s been an absolute model person on and off the field his entire career over two wasted 21-year olds. Call me old fashion, call me new wave, whatever it is. I’ll refer to myself in this situation simply as – “Correct”