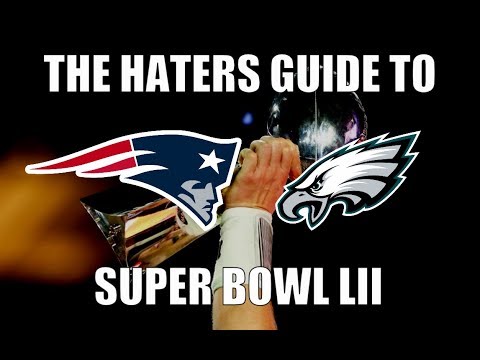 Skip to the 7 Minute mark for the Super Bowl, before that is the conference title games.

Apparently, these guys have done this before. It’s becoming a thing and I gotta say, I’m all in on it. This is the first one I’ve seen but it’s truly funny. They hit every pain point for every team and just about every line is a joke. It’s like watching a Chris Berman highlight done entirely in a satirical manner. Though it’s hilarious, it does not prevent it from being truthful in any way.

This is how I want all of my sports highlights to be done now. Instead of just being an annual treat, I know want to see it on a regular basis. They do a great job of burying both the Patriots and the Eagles in insults. Saying everything that everyone is thinking. So as a Giants fan, this is perfect. It really hits home, because honestly, I don’t have anything nice to say about either of these teams. This Super Bowl as a Giants fan is just about as terrible as it gets. There’s really no winner for us. It’s root for Boston or Philly, the two most hated cities by New Yorkers. a classic lose-lose situation.

I appreciate being guided through the hatred I should feel for both of these teams. As if I didn’t have enough ammo on both of these teams, to begin with, this video does a pretty good job of filling in any blanks and loading up the comeback reserve tanks to the absolute brim.