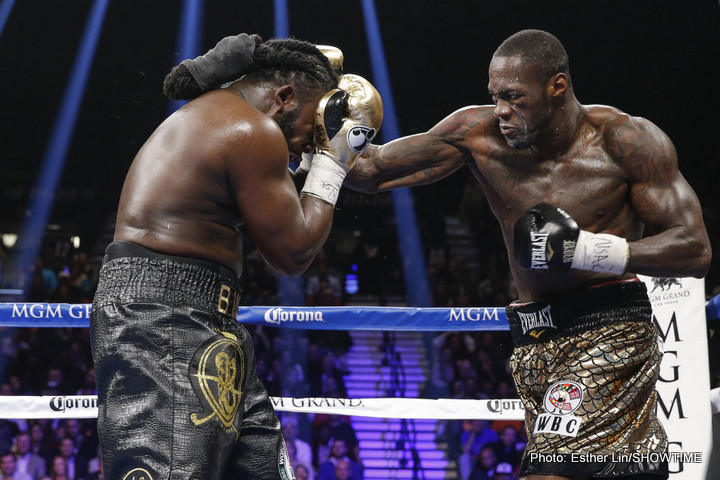 2017 saw a ton of great fights from Canelo v. GGG to the money fight between Mayweather and McGregor. With the rise of the Heavyweight division with Anthony Joshua and Deontay Wilder being the hottest topic this coming year and with Mayweather leaving who will reign king of the welterweight division? Is Terrence Crawford the real deal and is Lomachenko really the next big thing? Though 2017 told us a lot, it left us with just as many questions entering 2018.

Let’s start with the Heavyweight Division.
The Heavyweight division has not been this exciting in YEARS! When Anthony Joshua took down heavyweight Klitschko it was the start of something BIG! Deontay Wilder has been gaining steam as the new face of the heavyweight division and he wants that fight with Joshua BAD! However, negotiations have come to a halt because Deontay’s side believes he deserves a 50-50 split while Joshua believes he’s the A side and deserves the bigger split. The story of boxing… anyway….on the flip side Joshua apparently is finalizing a deal to face Joseph Parker inching him closer to eventually fighting Deontay Wilder to unify the heavyweight belts!

All the while (try and stay with me) under the radar, Tyson Fury, the mentally unstable but brilliant boxer who was the real undisputed heavyweight champion when he dethroned Klitschko (before Joshua) to unify all the belts was forced to give it up because he was unfit to hold and defend the belts is making a return after being away from the sport for over 2 years. Keep a lookout for him and I wouldn’t be surprised if either Deontay or Joshua avoided Fury due to his style of boxing that could be a risk to their undefeated records.

Canelo v GGG hands down was the best fight in 2017 despite the controversial decision due to judge Byrd who seemed to be blind during the fight. Personally I don’t believe it was a bad decision calling the fight a draw but it was the fact that she seemed bias to Canelo before the bell rang but in reality we all know the boxing world decided to make it a draw since Floyd and McGregor took from their profits by scheduling their fight too close to Canelo and GGG fight. Their second meeting even though not announced yet will definitely go down as one of the best fights in boxing history. The winner, however, will most likely have to face Billy Joe Saunders who is a threat to both their undefeated records.

In the welterweight division, Keith Thurman and Errol Spence Jr sit at the top of the division with Jeff Horn having the upset of the year by defeating Manny Pacquaio for the WBO crown. But there is a new apparent champion headed to the division. After sweeping the light welterweight division and unifying all the belts he decided there was nothing else to prove in that division and move up to the money division and challenge Jeff Horn for the WBO belt for his welterweight debut. Terence Crawford is apparently the next big thing. Floyd Mayweather has even praised the boxer hailing from Omaha, Nebraska and most experts believe Horn won’t be champion for long once they meet but could he surprise the world like he did against Manny? I guess we will have to find out.

And finally Vasyl Lomachenko… Bob Arum, CEO of Top Rank is saying he hasn’t seen talent like Lomachenko since Ali. That’s high praise from a highly potioned man. After No mas-Chenko put a stop to Guillermo Regondieux and many others before him, it will be interesting which fighters are willing to fight someone who can’t seem to be stopped. Remember what he did to Nicholas Walters? He makes people who seem scary seem not so scary. Hi-tech is aiming to fight Mayweather’s prized fighter Gervonta Davis but if you watch boxing enough you know Floyd will do whatever in his power to avoid Lomachenko and risk losing his cash cow this early.

Who will face Lomachenko next? No one knows and personally, I’m curious to see who he will fight next because I really don’t know who would want to step in the ring with him at this point. Next step for him is to move up in weight like Guillermo Regondieux did by going up two weight classes to fight Vasyl. This move showed during the fight, the size mismatch was insane. I’m interested to see how he does with more weight because things change when you go up in weight. I also believe if Lomachenko moves up one weight class he would do fine, he’s young he has a lot to accomplish and I believe he will reach boxing immortality but there’s a long way to go. If booking fights weren’t so complicated the world would want to see Mikey Garcia fight Lomachenko.

Congratulations to Cotto who retired last year after losing his final fight. Cotto will go down as one of boxings greats.

2017 was a great year in boxing, but it’s only going to set the stage for an even more exciting 2018 and for years to come. With a new generation of young talent filtering in, this might be the start of the resurgence the sport of boxing has been in need of for a long time.