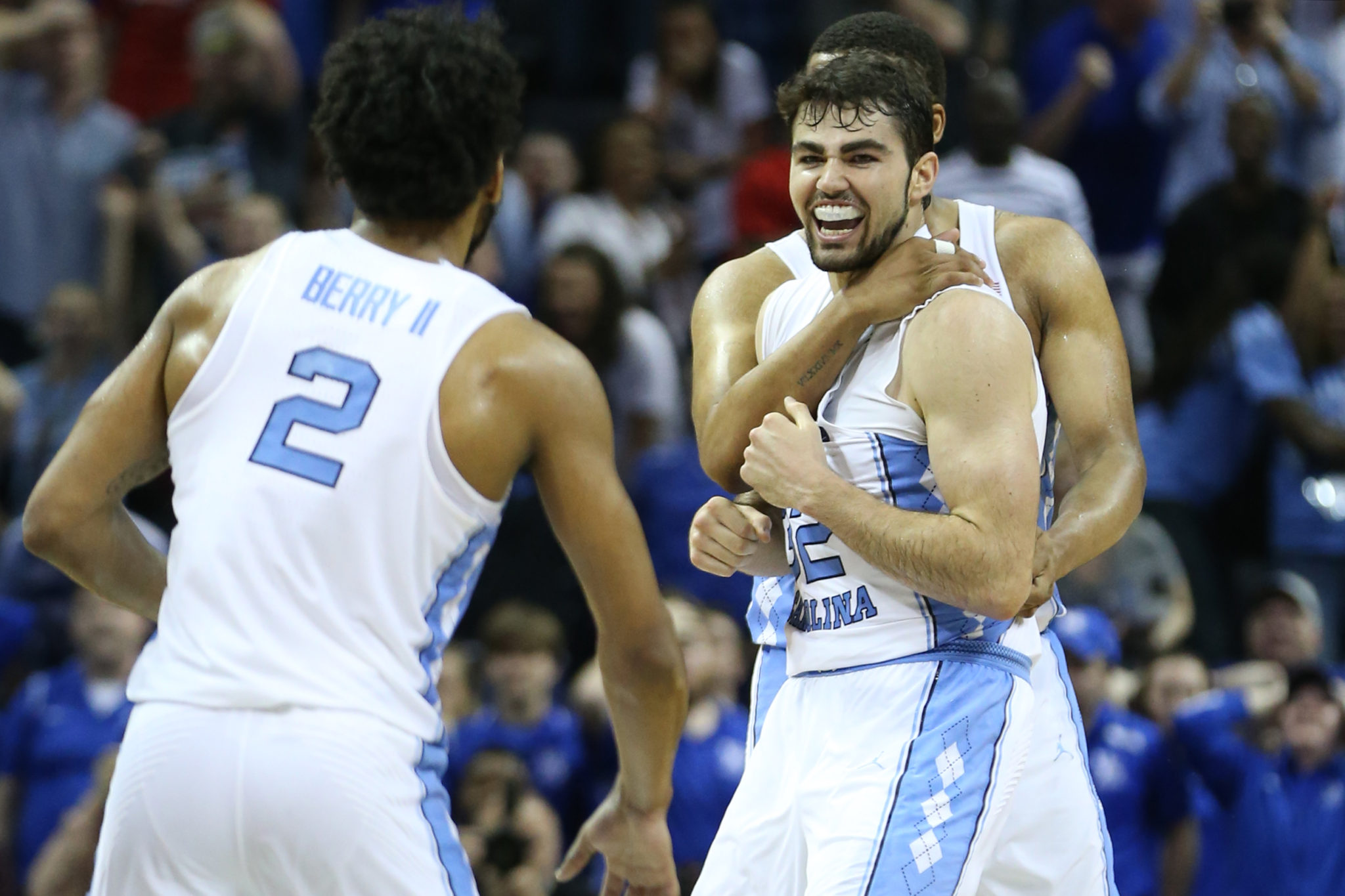 This was Luke Maye at 7 pm Sunday night.

This was Luke Maye the following morning at 8 AM.

UNC's Luke Maye got a standing ovation in class the morning after his game-winner.

When this video broke this morning out of UNC, immediately Luke Maye was hit with all the praise in the world. “Look at this guy, the perfect student-athlete, cares just as much about school as he does sports!” Blah Blah Blah.

Well, I think I’m the only guy in America with this opinion, but when I saw Luke Maye at class this morning, my first thought was “wow, what an asshole this kid is.”

This kid hit the game-winning shot to send his team to the Final Four and 12 hours later and a state away, he’s in…class? What the hell is he doing in class? Did I miss something or did you just send your team to the Final Four last night? By far the biggest moment of your life/career. A huge moment of redemption for a school that lost in just about the most heartbreaking way you can lose in last year’s championship.  I can’t think of a place you should be less than class. I wasn’t even aware these teams went to class during the tournament. Thought it was just an extra incentive to keep winning in March?

Now UNC doesn’t exactly have the best image with student athletes and concern over their academics. Apparently, the NCAA is against handing out A’s like candies for one paragraph essays and zero attendance. Snake it til you make it, though. I get Luke Maye isn’t necessarily headed to the NBA next year and yes, probably will really need that degree from North Carolina, but god damn man, take a break “Basketball Tim Tebow.” Stop trying to be Captain America for like 3o seconds and go get hammered and have a promiscuous night with a couple of Co-eds. You owe it to every dude around the country that will never even sniff an opportunity like that. Every guy who would give their left nut to have even a few hours of that type of treatment.

Celebrating a night like that with a good nights sleep and an early rise to make that 8 am lecture is just plain disrespectful. Of course he sits in the front row too. I need a Luke Maye doing shots video. a pounding funnels or boob luge video. A jumping off the top of a fraternity house into a pool video, ala Tyler Hansborough. I know the tournament isn’t over yet and The Final Four is nice, but it doesn’t exactly guarantee the players that coveted three-inch piece of net in early April, but damn man, give us something.

My only other theory is Luke Maye purposefully made it to that early class knowing and looking for that type of reception. Which, in that case, it makes him even more of an asshole. As if the whole thing was a setup and a draw attention, except in the worst way. So at the end of the day, he’s either an asshole for not celebrating right or an asshole for looking for his peer approval by being right on time and sitting the front row of his 8 am lecture the next day. Either way, he did it wrong. Luke Maye had one chance. And he fucked it up for him and every regular dude that ever dreamed of walking onto a college team. Shame on you Luke Maye.