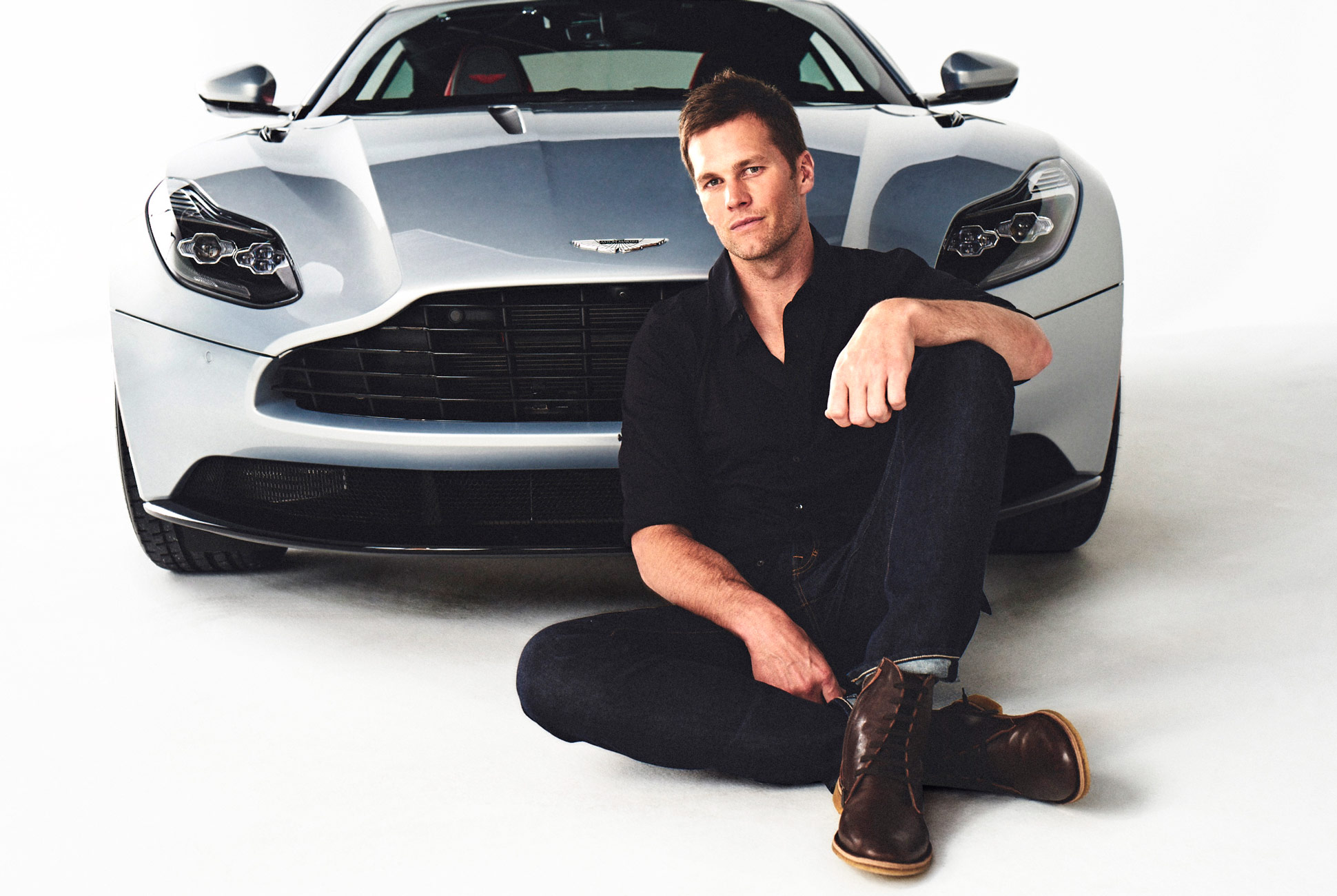 Luxury brand Aston Martin has begun selling a special Tom Brady Signature Edition car, promising a delivery for early next year.The convertible, which features Brady’s touches on the company’s Vanquish S Volante model, is limited to just 12 total cars and will cost $359,950 each. “We started with a blank canvas and finished with a beautiful car,” the New England Patriots quarterback said in a statement. “It’s been great to see it all come to fruition.” The car has an ultramarine black exterior with dark leather inside and paddle shift tips made out of California poppy leather.

Brady’s signature is on the doorsill plates, and his “TB12” logo can be seen throughout the vehicle, including on the fender and embossed on the headrests. The five-time Super Bowl champion signed a deal with Aston Martin in May after more than a year of talking to the company. With the guidance of the company’s chief creative officer, Marek Reichman, Brady personalized his car. – ESPN

I gotta say, as easy as it is for a non-Patriots fan to hate on Tom Brady, dudes got the life. Starting with the most successful supermodel in history as his wife. Has tons of endorsements from well-known companies paying him millions of dollars for them to give him free stuff. Now he gets his own fucking James Bond car? How many other athletes have gotten their own limited edition luxury car? I cant think of one. I’m not talking about going on Pimp My Ride so Exhibit and the boys at 310 Custom Motors can engrave a custom TV in the shape of your initials in the dashboard and seats. No no, this is the real deal, built and designed by Aston Martin. Ford used to make an Eddie Bauer edition Explorer back in the day, but somehow that doesn’t scream “I bang the biggest supermodel in history every day.” That would be Brady, Tom Brady.