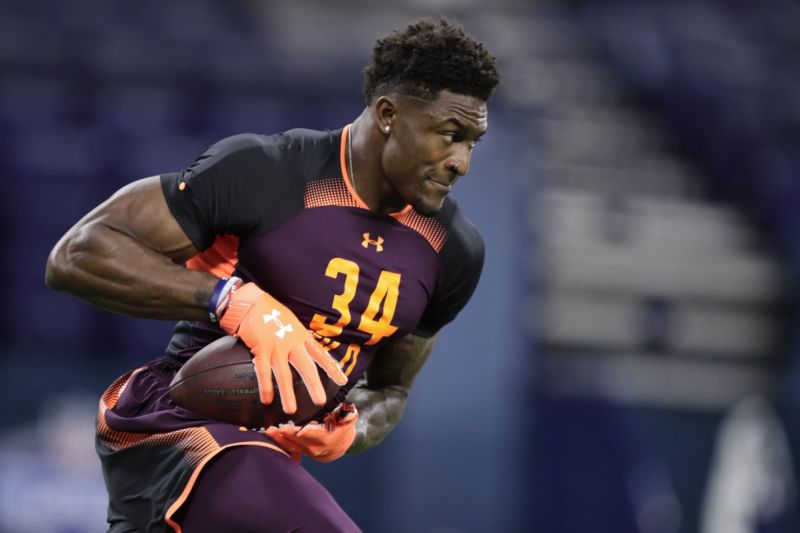 The 2019 NFL Combine has displayed an insane amount of talent so far. A good amount of athletes have put on memorable performances that should help their draft stock in April’s upcoming draft.

A defensive lineman behemoth ran a sub 4.9 40-yard dash time, a wideout built like a mack truck was sharp in and out of his cuts, and edge rushers posted 40 times that mirror those of skill-position players. For those of you who haven’t had the time to sit and watch the event, this article will bring you up to speed by showing you some of what you have missed so far.

RUN BIG MAN RUN! If you haven’t heard yet, the big man Quinnen Williams put on a show at the combine running a 4.83 40-yard dash time. That is one of the fastest 40 times for a defensive lineman in NFL history. There is no way someone that big and that strong should move that fast. Williams had a standout year for Alabama this year posting 8.5 sacks and 45 tackles.

.@QuinnenWilliams improves his time on his second attempt with a 4.84u! @AlabamaFTBL

The really cool part about it is that Williams ran a 4.84 that turned heads on his first run, and against his agent’s advice ran a second dash and posted his 4.83. Another feat that should not go unnoticed is that Williams also had a 1.67 10 yard split that is unbelievable for someone his size. Those are gaudy numbers for an inside defensive lineman, with his quickness and first-step move he will generate pressure consistently for whichever team he plays for.

My gripe with Williams is that he sometimes gets stuck on double teams, and his ability to disengage blocks is not as consistent as you would like for a three-down lineman. He was very disruptive as a pass rusher and a run stuffer from the DT position and should be off the draft board early in the first round.

The show that DK put on at the combine must have struck fear into cornerbacks and defensive players across the league, Metcalf is built like a tank and has the speed and quickness to create separation at the second level. Imagine a 190- to 210-pound cornerback going to tackle DK who is listed at 6 foot 3 and 228 pounds.

That is insane, given the fact that he also ran a 4.33 40 yard dash, I mean his performance literally turned heads, and sent his draft stock ALL THE WAY UP. He is also incredibly strong, tying the best bench press number with 27 reps, meaning he can win at the line, he can win deep with a 40-inch vertical, and he can win in most foot races with a 4.33 dash time.

He reminds me a lot of Julio Jones, he is a physically gifted receiver who can run every route and is also fast. Look for DK to be drafted somewhere in the middle of the first round, I wouldn’t be surprised if Cleveland took him with the 17th pick.

I don’t mean any disrespect by lumping all of these receivers into one category, but at the same time, these receivers really did blow us away (pun intended) with their display of speed. One receiver in specific who helped himself with a display of quickness was Andy Isabella from the University of Massachusetts, who is NFL legend Randy Moss’ protegè.

Isabella listed at 5’9 ran a 4.31 40 time which was tied for fastest at the combine, Andy has been compared to players such as Danny Amendola, Julian Edelman, and Wes Welker which immediately links him to the New England Patriots, not to mention, he played his college ball down the road in Springfield, MA.

I believe the Patriots already have their next slot guy in Braxton Berrios who they selected in the 2018 draft but sat out the entire year due to injuries. Andy had 1,698 receiving yards in 2018 and should be on team’s draft boards somewhere in the third and fourth rounds.

I could add every single Ohio State receiver since they all ran fast times, but I am going to add the fastest of the bunch in Parris Campbell. He also ran a 4.31 40 yard dash and unlike Isabella, he has some size to match with his speed.

Campbell is listed at 6 feet flat and 205 pounds, also unlike Isabella, Campbell is more of a north-south kind of receiver. He reminds me a lot of Taylor Gabriel, a speedster that won’t kill you with route runnings, but instead will kill you with speed and quickness.

Rarely do you associate the word “blistering” with a 4.92 40-yard time, but in this case, that time is tied to an offensive lineman and it is very fast. Any team that is looking for a center was most likely already looking at Bradbury given that he won the Rimington trophy officially declaring him the best center in college football.

He entered school as a tight end product before converting to center, and now he is in prime position to be taken on the first day the draft. If you watch Garett play, you watch a player that can do many things right. He has great control of his body, he is rarely knocked off his spot, and has a mix of strength and speed to be able to handle a variety of rushes.

Thanks for reading and look out for an updated article in the coming days!