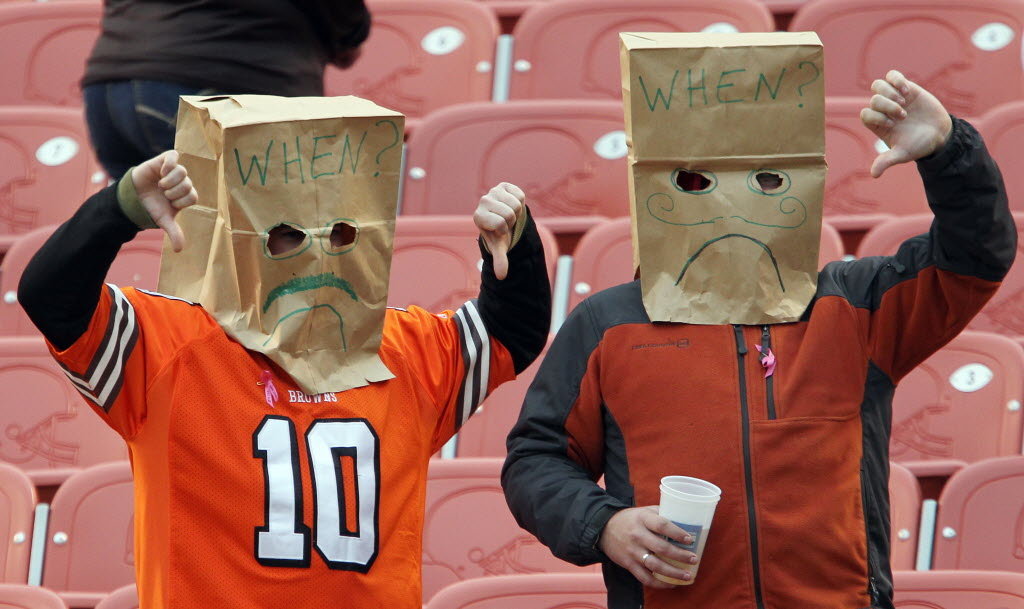 The Cincinnati Bengals and Cleveland Browns failed to work out a trade that would have sent quarterback AJ McCarron to Cleveland, sources told ESPN’s Adam Schefter. According to Schefter, the Bengals notified the league of the proposed trade at 3:55 p.m. ET, and the Browns notified the league shortly after 4 p.m. ET. Because the Browns were late, the league denied the trade. Cleveland protested with the league asking that the trade be approved. The NFL rejected the Browns’ protest. The proposed compensation for McCarron would have been a second and a third-round pick in 2018, a source confirmed to Schefter. The Cincinnati Enquirer first reported the compensation. – H/T ESPN

Talk about staying true to your brand. Just a classic Browns move through and through. This is the trade deadline equivalent of being skipped over in the draft because you couldn’t get the ticket in, in time. For other teams, this would be a fireable offense. It would never happen. With the Browns though, this is par for the course. A day in the life. Something Clevelander’s have come to expect. This is the same team who’s entire front office left at 5 pm the night before the trade deadline and didn’t find out Jimmy Garoppolo got traded until they saw the notifications on their phones. Let along knowing he was even available at that price.

Imagine being entrusted with an NFL franchise and pulling some childish shit like this? How everyone in the front office hasn’t been fired yet is beyond me. You miss out on dealing for a QB who by all accounts is going to be a very successful starter because your GM wanted to be home for 5:30 dinner with the family on the 2nd most important day of his work year?

THEN you actually have a deal in place for a competent QB, done, locked and loaded. Celebrating your consolation prize. The bronze medal you somehow stumbled into. Trying to win A SINGLE GAME this year and you forget to call in the fucking trade. YOU HAD ONE JOB. While every other NFL team is navigating the NFL like the Italian Mafia, the Browns will always be the ones who get caught. Always the ones who get screwed. And you know why? Because they always fall asleep in the getaway car. Always have and always will.