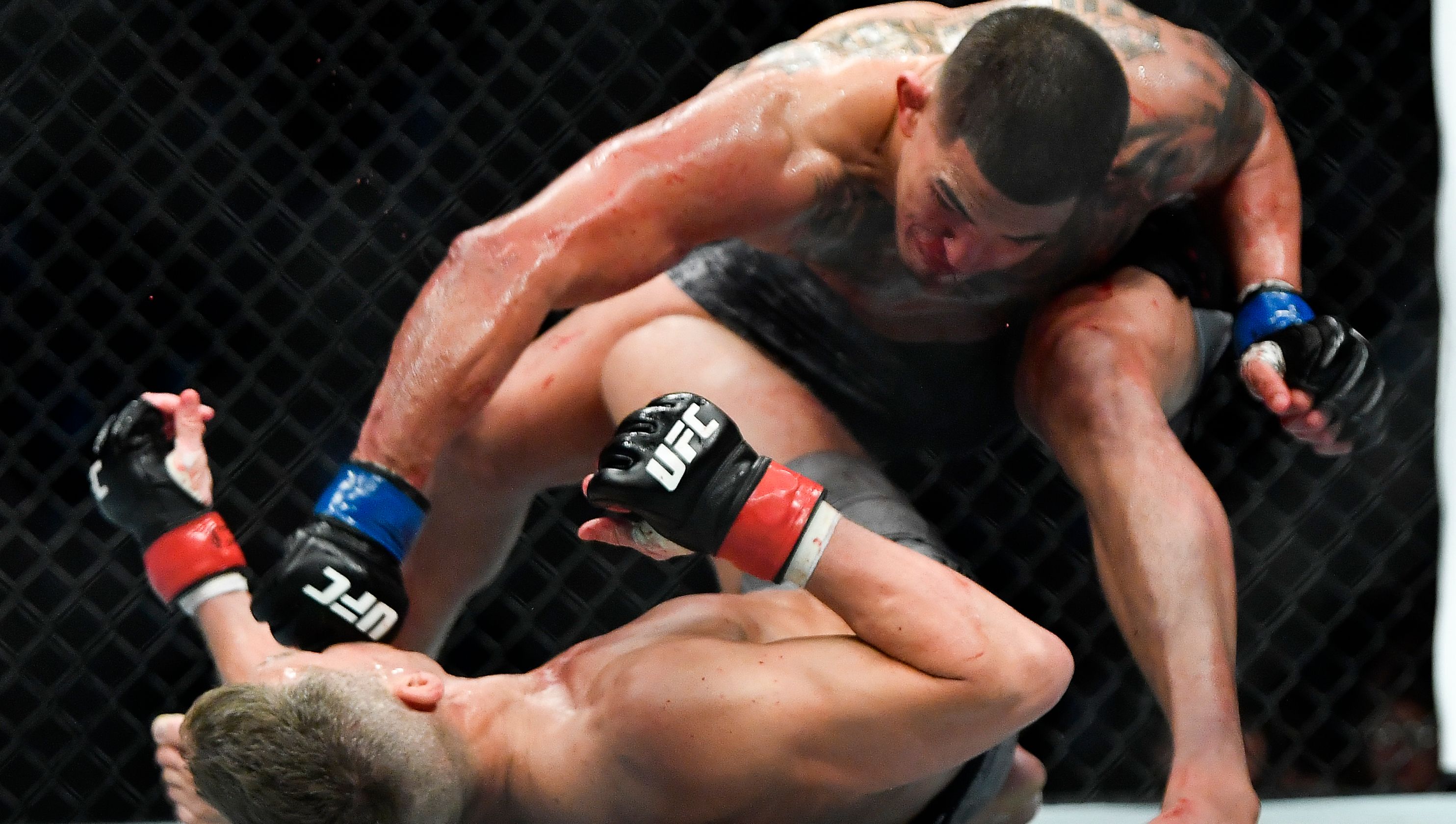 March was a wild month for finishes in the UFC, and this Saturday was no different. UFC Fight Night: Barboza vs. Gaethje was the end of a stretch of nine straight weeks of UFC fight cards, including seven that were broadcast on either ESPN, ESPN 2 or ESPN+. Quite the introduction of the UFC to ESPN.

The last four UFC events provided some highlight reel knockouts and let’s be real, who doesn’t love a good knockout?

It all started with Niko Price demolishing Tim Means with a clean right and getting the finish and the performance of the night bonus.

The following week at UFC Fight Night: Till vs. Masvidal, the main event provided a must watch KO for the second straight week. Darren Till and Jorge Masvidal were fighting in England, Till’s home country, but unfortunately for him, he got absolutely rocked in front of the local crowd. Masvidal started pushing forward and caught Till and to be honest he was out before he hit the ground. Unfortunately for him, Masvidal clipped him a couple more times on the way down.

The following week at UFC Fight Night: Thompson vs. Pettis, the main event again came through and saved an otherwise underwhelming card that had 4 decisions in the main card. Wonderboy and Showtime at welterweight, Thompson the heavy favorite, but Showtime Pettis could care less about betting odds. This was a pretty entertaining fight and gave us a vintage Pettis KO. This superman punch came out of nowhere and Wonderboy even said after he didn’t see it happen. Another situation where we see Wonderboy is out the second this shot hits him, but Pettis still landed a hammer first or two before Herb Dean could separate them.

Then on the final fight card of both March and the nine week run at UFC Fight Night: Barboza vs. Gaethje, the main event yet again delivered a highlight reel KO and the fight of the night. These are two of the most dangerous lightweights ever, legitimate knockout artists. Many expected this to be over in the first round, and to no surprise, it was. Gaethje put Barboza to sleep when he clipped him with a right hook as Barboza tried to slide away.

It’s not every month that you get four solid contenders for knockout of the year, but March was one of those months. When it comes to deciding which one was best, its an actual toss up. Obviously Pettis sleeping Wonderboy with a superman punch is some crazy stuff, but Masvidal and Gaethje both have strong cases with their one punch KO’s as well. You also can’t deny that Price’s knockout was impressive as hell.