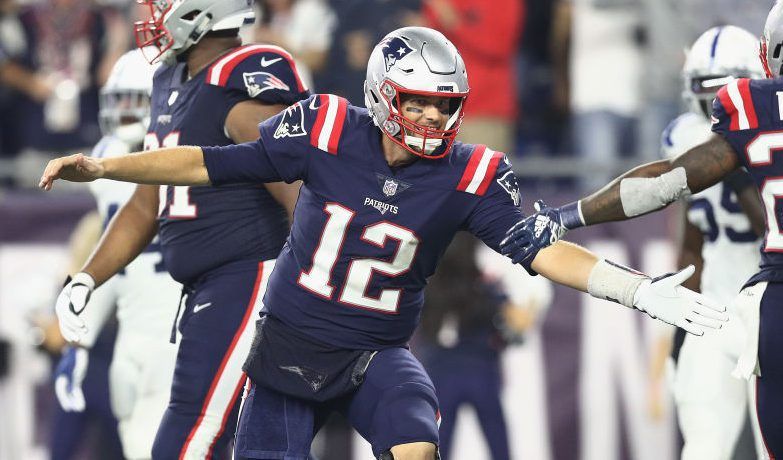 Big T here giving you my weekly betting article, coming with all the Week 6 picks. Every week I’ll be handing out my winners to the Bleacher Fan Faithful because when you win, we all win.

Unlike most touts that charge you money for picks, I’m a charitable guy, and here to help make the people some money. My records can be verified and the numbers speak for themselves. Over the last three NFL weeks, I gone went 20-5-2.

The way this works is I will come out with my rough draft of picks earlier in the week then another updated article on Sunday mornings depending on line swings, weather conditions, or injuries.

Lets first start with Cardinals vs Vikings. The Cardinals are +10.5 this game. Vikings are the kings of falling into the trap game. They did it against the Bills and they will do it again here. This all depends on if Larry Fitzgerald plays. I look for him to have a huge game on a very vulnerable Vikings defense if not my pick could change.

The next game I’m looking at is Steelers +2.5. Steelers have always played good against the Bengals and their defense seems to be coming alive the last few weeks. But my golden rule is to buy the half point when needed and its needed here to get to that magic number of +3. I think the Steelers could lose this game because the Bengals all around are a better team but I think they are due for an off game. To be safe buy the half point and lock in the Steelers at +3.

Broncos had one of there worst games of the year last week losing 34-16 to the Jets. This was a perfect example of a trap. Jets were -1 in this game and of course, every dumb person hammered the Broncos because they were coming off a close thrilling game with the Chiefs and looked great. But playing in a tough game like that combined with going across the country on a short week means that the Broncos were due to play like crap and that’s exactly what they did. Now everyone thinks the Rams will bull rush the Broncos at home? Haha, think again. Give me Broncos +7 all day.

Another key to gambling is if the home team is a 1-3 point underdog you take them. For this reason only I will buy the half point and lock in the Cowboys +3.5 against the Jaguars.

I hate the Patriots and they haven’t looked that good but another rule of thumb in gambling fade the public. The public is all the Chiefs +3.5 against the Patriots on Sunday. The public will be wrong once again and the Patriots will cover the spread of -3.5. Patriots are not the same team but they always have that one game or two where they remind everyone around the league that they are still the Patriots. This will be the case Sunday Night.

These are my picks for now. They could change depending on the factors I said earlier and if that happens I will write an updated article if not enjoy the free money, everyone!