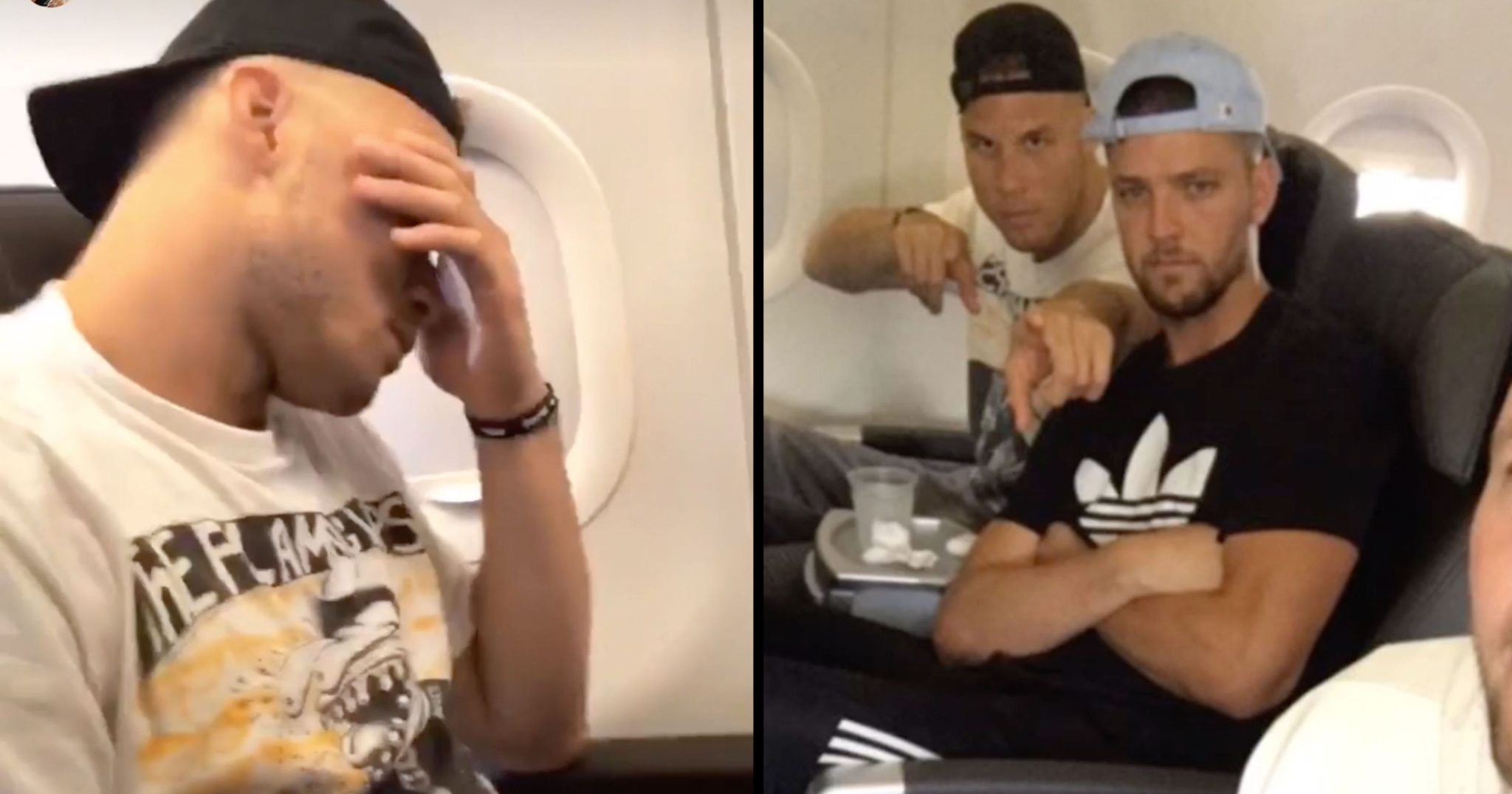 Check out this video on Streamable using your phone, tablet or desktop.

Apparently, this is Chandler Parsons thing. He’s posted on his story before messing with his friends on planes and traveling. He’s that dude. The one who never lets you sleep, always poking you, or annoying you. He’ll do anything to get in your head, pushing you just to the tipping point of having a meltdown. No one likes that guy. It’s easy to tolerate that when you’re in the entourage and Chandler is making sure the electric bill is paid and there are always fresh Nikes on the feet. Blake doesn’t have that issue though. He’s better off than Parsons is. So how he is able to tolerate this, I have no idea.

Maybe Blake just is thinking the whole time “I’m richer than him, I’m richer than him, I’m richer than him!” Only way he can get through this reign of terror. Blake seems to have realized how terrible this was going to be way too late. He’s locked in. Stuck in the window seat, all 6 foot 10 of him with nowhere to go or hide. It looks pretty cramped. What are those two doing not flying first class? You make $20M a year and you’re flying… coach? Not even business class or economy plus? Not particularly a fan of rich people doing shit like this. You’re rich, enjoy it. You earned it. No one will hate you or blame you for it, don’t waste it. It’s super selfish. Unless they bought a first class ticket and gave it to someone who was sitting in coach, then I hate them for this.

Maybe this whole situation is Karma for Blake. Maybe Chandler Parsons is messing with Blake because he made him sit in coach to seem like a man of the people. If that’s the case, I’m totally on board with Chanlders antics. Completely warranted. Carry on.