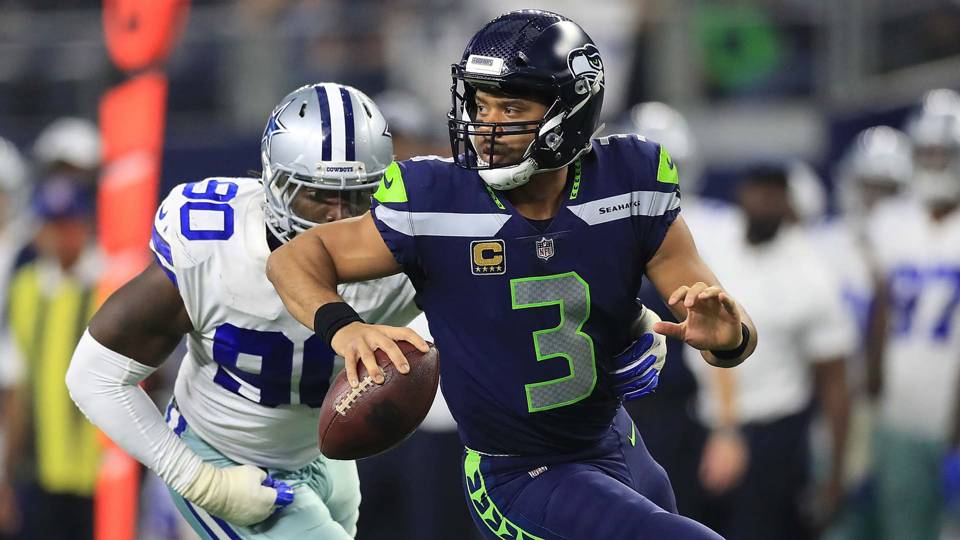 The NFL Playoffs are upon us and after a wild year of gambling, filled with backdoor covers and bad beats that caused bettors everywhere to invent new words of profanity (looking at you Todd Gurley.)

With that out of the way, its time for the big time games. The games that set apart the pro’s from the joes. Let’s take a look through the four Wildcard games this weekend and give you our picks for each game.

This will be the third team these two teams meet this year compiling scores of 58-58 in their previous two. It is a tale of two-star quarterbacks; Andrew Luck’s onslaught of a comeback versus Deshaun Watson in his first NFL playoff start.

Generally, I am never one to bet against Deshaun Watson in big-time games, but this Colts team is ON FIYA! The Colts are 9-1 in their last ten game after a dreadful 1-5 start. The reemergence of TY Hilton has greatly benefited the Colts offense coupled with the breakout of tight end Eric Ebron. Hilton has smoked Texans corner Jonathan Joseph for 314 combined yards in their previous two meeting combined, so he is a guy to snatch in DFS.

But this game really comes down to if the Texans pass rush of Clowney and Watt can get to Luck. Which I do not see happening as the Colts have completely resurrected their O-line ranking third in the NFL according to PFF’s rankings. Luck should have time to pick apart a porous Texans secondary which is 28th in passing yards allowed per game.

While Hopkins and Watson will do all they can offensively for the Texans, they don’t have much else and will inevitably come up short. Colts win 28-24, take the money line, ATS as well as the over.

Sully’s Pick: Colts Moneyline, +1 and the Over

The line opened up at -2 Cowboys and has since shifted to Dallas -1.5 and that is what I am rolling this game. I think Dallas coming off a very strong offensive performance against the Giants missing their star RB in Ezekiel Elliott is going into the playoffs with a lot of momentum.

Another reason I am taking the Cowboys and betting the under in this game which is at 42.5 is this is a battle of two very good running teams with Dallas having a top 5 run stop defensive unit in the league, which should keep Chris Carson somewhat in check. Seattle has the 13th best run defense which should allow Zeke to run somewhat freely. It should also open the play action and the deep ball with Amari Cooper downfield against a team that is 17th in pass defense.

If you play DFS also consider taking Cole Beasley in that game, he could be a buy low – high upside this weekend and could win you a little cash along the way.  So to reiterate I think this will be a very low scoring game with Dallas winning 21-14. Both offenses will come out slow out of the gate and pick up in the second half if you want to bet the under in the first half, Dallas will win on a late touchdown in the fourth and advance to the divisional round.

Hey everybody, Buns here. Let’s talk Ravens and Chargers Wild Card weekend. If there’s anything that’s certain in life it’s death, taxes, and Philip Rivers playing his ass off in the playoffs. Remember the AFC Championship game on a torn ACL when he almost beat the Patriots? Case and point.

There is no way the Chargers lose to the Ravens twice in a months time. Los Angeles is getting 3 points right now so we’re going Chargers with the points all day.

PS. I like this one too much so we’re doubling down and you’re taking the Chargers +3 and moneyline for +130. Make that money people.

The Eagles limped into the playoffs, ironically enough, due to a Bears victory over the Minnesota Vikings in Week 17. The Bears are 7-1 at home this season, 9-1 ATS in their last 10 games and 5-0 ATS in their last five games at home. The Bears win at home and when they do they cover, simple as that.

Big Dick Nick might not have the same magic he had throughout last year’s playoffs given he is still nursing somewhat of a rib injury. Rib injuries can be quite bothersome to QB’s especially if said QB is in danger of and most likely will be put on his back by the best defense in the NFL.

A defense that features Khalil Mack, arguably the scariest and most dominant defensive player in the NFL this season.

Be sure to tail these picks and keep us honest throughout the playoffs. If you want to use these picks to make some money this January, hit the below link and head over to our guys at MyBookie!