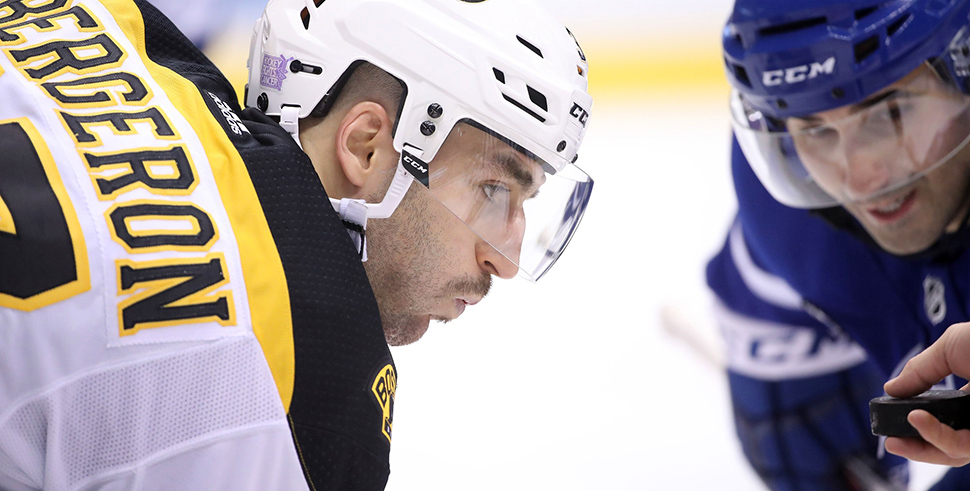 It has been 5 years since the Bruins and Maple Leafs met in the playoffs. The last time was 2013 in the Conference Quarterfinal, which is where they will meet again starting Thursday night.

Many of you may remember that was a rollercoaster series that included a thrilling game 7. The Bruins came back from being down 4-1 in the final 10 minutes of the game. At the time the most improbable and impressive comeback I had witnessed in my life…until Super Bowl 51 happened, but that’s another story for another time.

That epic comeback in game 7 was absolutely exhilarating, led by Milan Lucic’s two goals and Patrice Bergeron’s two goals, including the overtime winner. Take a minute to check out the highlights from that game to get your blood flowing.

Since 2013, a lot of things have changed for both teams. The Bruins only have 8 players from that 2013 team that reached the Stanley Cup Final only to lose in 6 games to the Chicago Blackhawks.

The Maple Leafs are also a much different team than they were in 2013. They no longer have Phil Kessel or Dion Phaneuf, who were two of their leaders on and off the ice.

2013, was the Bruins last deep playoff run, since then they have been bounced in the 2nd round in 2014, missed the playoffs entirely in 2015 and 2016, and lost to Ottawa in the first round of the 2017 playoffs. The Maple Leafs have not had much luck either, not making the playoff since 2014, 2015, or 2016 and suffering a disappointing first round loss to the Washington Capitals in 6 games.

On the season, the Bruins are 1-3-0 against Toronto. These games included a 3-2 OT loss, 4-1 loss, 4-1 win and finally a 4-3 loss. Not exactly what you want your record to look like against any playoff matchup, never mind your first round matchup.

With veteran leadership from former Stanley Cup Champions Brad Marchand, Patrice Bergeron, Adam McQuaid, Tuukka Rask, David Krejci, and Zdeno Chara, there is no question this team has a solid counter to the argument that it is too young or inexperienced to make a Cup run.

Although the young talent has been a HUGE part of the Bruins success this season, Patrice Bergeron and Brad Marchand have had arguably their best seasons yet.

Brad Marchand has 85 points, including 34 goals and 51 assists, while rocking a +/-  of +25. Add that to lineman Patrice Bergeron’s 63 points that includes 30 goals and 33 assists, they are a deadly combo.

The third man on that line is the 2nd in total points for the Bruins, rising star David Pastrnak has 80 points 35 goals and 45 assists. Not bad for a 3rd year guy who hasn’t even celebrated his 22nd birthday yet.

Combined, that top line of the Bruins have a +/- rating of +57. They have absolutely dominated when on the ice together.

Combine their offensive prowess with the stellar goaltending duo of Tuukka Rask and Anton Khudobin who have a .917 and a .913 save percentage respectively. All while garnering 2.36 goals against average for Tuukka and a 2.56 GAA for Khudobin, this is one of the best goalie tandems in the league.

Obviously, the playoff run will be on the back of Tuukka, which is fine by me because he has been great this year. Rask sits in the top 7 in GAA of goalies who have played 30 or more games. Definitely, someone, you can rely on heading into the postseason.

There is no time like the Stanley Cup Playoffs, every minute is must-watch television. From the animosity that builds over a best of 7 series, to the tension that comes with 20-minute sudden death overtime periods, to the excitement of a series win, and the respect shown in the handshake lines, nothing is better than playoff hockey.

I for one can not wait for this series and the rest of the playoff matchups to get underway. I think this Bruins team has a real shot at not only getting to the Cup final but hoisting Lord Stanley’s cup come June.

WE WANT THE CUP!

Red Hot Sox Keep It Rolling With 8th Straight Win
Explosion During Red Sox Game At Fenway Park Tuesday Night, it Was Their Bats
To Top