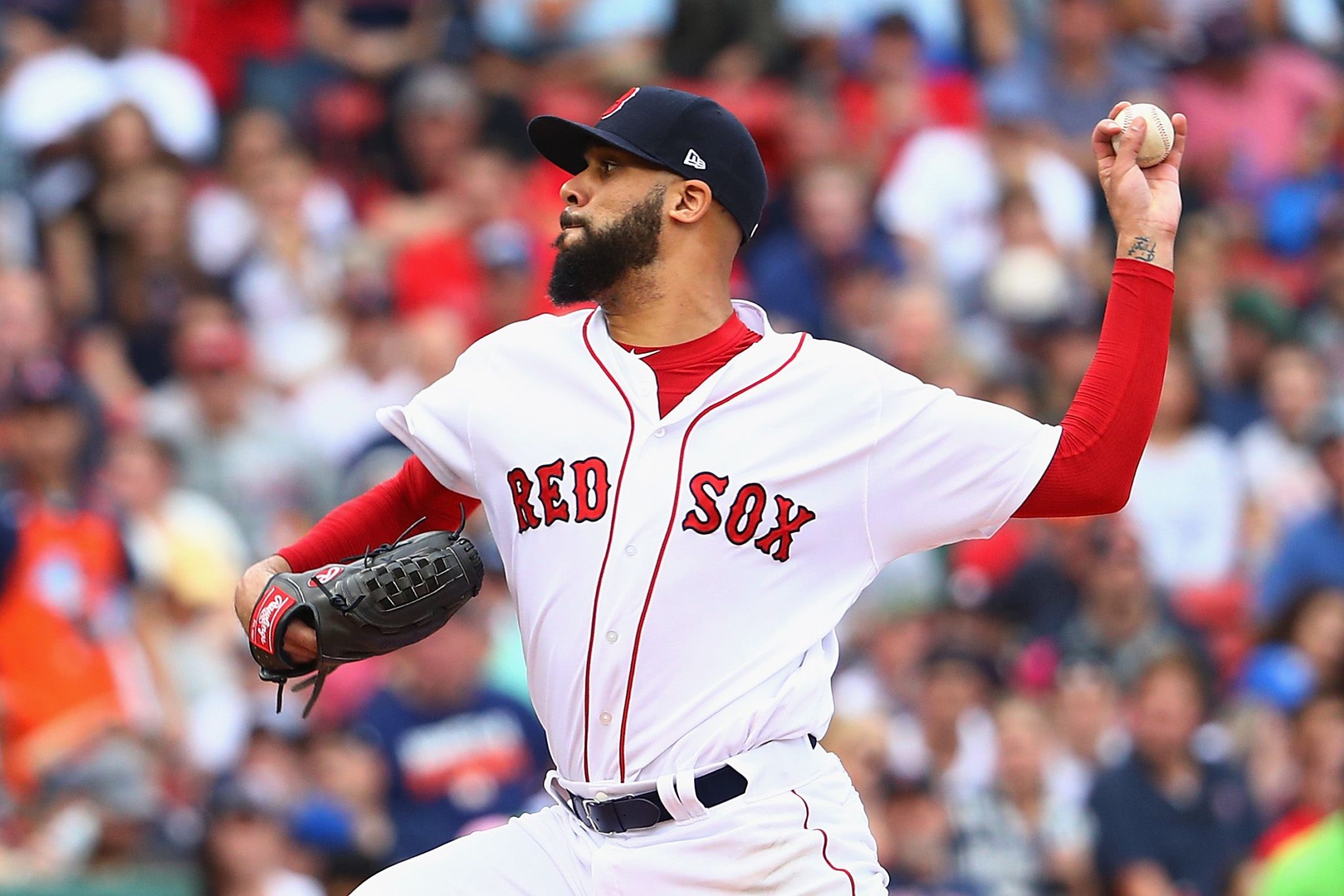 ALL WE DO IS WIN. The Boston Red Sox have gotten off to one of their best starts in franchise history.

After a disappointing loss in the season opener, where the Sox bullpen blew a 4-0 lead to lose 6-4 to the Tampa Bay Rays, they have notched 8 straight wins. They currently hold the league’s best record and are tied for the most wins with the defending World Series Champion, Houston Astros.

The biggest catalyst in this eight-game win streak has been the starting pitching for the Sox. Chris Sale, David Price, and Rick Porcello have been lights out through their first two starts of the season.

Sale, who finished second in the Cy Young voting last season and has a Pedro-esque 308 strikeouts, is still winless having pitched two great games to, unfortunately, get stuck with the no-decision in both outings. While the 0-0 record doesn’t reflect the starts he has had thus far. Through 11 innings pitched, the perennial Cy Young finalist has recorded 15 strikeouts, while only allowing 6 hits and allowing only 1 earned run, which came off of a J.D. Martinez misplay in the outfield.

While it’s still early, it looks like Sale is out for blood yet again. Even with the Sox limiting his innings, he is still striking out guys at an insane rate. I can’t blame the Sox for limiting his innings either as he’s notorious for falling off at the end of the year and in the playoffs.

As far as David Price goes, this is the guy we paid $217 million for. It finally seems like Price has got it figured out and is ready to return to his dominant ways from years past. In his first two starts of the season, Price is 2-0 and rocking a 0.00 ERA, 10 strikeouts, only 3 walks, and 7 hits through 14 innings pitched. God damn does it feel good to see him pitching well and honestly looking like he’s having a blast doing it.

The third man in the rotation, 2016 Cy Young Winner, Rick Porcello ain’t looking too shabby either. 2-0 after his first two starts, he has a cool 2.84 ERA, while allowing 12 hits, and recording 11 strikeouts and only one walk. Although he has given up 4 earned runs, he has had great run support, which brings me to my next point, the Sox potent offense.

Man oh man, do I love this lineup. Let’s talk a little X-Man to start this off.

Through his first 38 plate appearances, Xander Bogaerts is hitting an impressive .368 with 2 homers, 7 doubles, and 9 RBI’s. This includes 6 RBI’s that came Saturday afternoon in a slaughter of the Tamps Bay Rays, in a game where he hit a grand slam over the Green Monster.

Another impressive young talent on the Sox roster is Mookie Betts, who is batting .364 through his first 33 AB’s. Mookie has got himself 12 hits, 2 RBI, and 8 runs scored. During this stretch of the first 9 games, Mookie has only struck out 3 times, and produced on both sides of the ball, surpassing his offensive skill with stellar play in Right Field.

While this win streak is impressive, it has come against only two opponents and unimpressive ones at that. Tuesday night the Red Sox will get their first real test of the season when they face their division rival, New York Yankees and their revamped, extremely high-octane offense.

Now let’s be clear I hate the Yankees. Like actually hate. I was a small child when the now manager of the Bronx Bombers, Aaron Boone crushed a walk-off home run in game 7 of the 2003 ALCS to keep the Curse of the Bambino alive. I will never forget that moment. Although it made the comeback from down 3-0 in the 04′ ALCS that much sweeter, that moment in 2003 still hurts just as much.

I will also never forget July 24, 2004 when the captain Jason Varitek knocked the taste out of A-Rod’s mouth at home plate in a bench clearing brawl. You know what let’s just take a moment to relive that epic moment in this rivalry’s history.

How about when Pedro tossed Don Zimmer like a rag doll? Some people gave Pedro some grief for this one, but Zimmer should have known better than to come at a pitcher on the mound. The old man should’ve stayed in the dugout and maybe he wouldn’t have gotten his ass tossed.

And who could forget Rodriguez slapping the ball out of Bronson Arroyo’s glove on his way to first, then trying to sell it that he was just pumping his arms while running. C’mon man, even the most die hard Yankee fan knew you hit the guy with your purse on the way down the baseline.

Now I’ll be honest over the past 5 years or so, the Sox-Yankees rivalry hasn’t been what it once was because quite honestly. Neither of us were competitive enough with each other to develop any sort of hatred, but I think this is the year we see some sparks fly again.

With the addition of the 2017 NL MVP Giancarlo Stanton, to the already powerful Yanks lineup featuring Aaron Judge, Didi Gregorius, and Gary Sanchez, this team is going to be great. This is going to be an extremely competitive year at the top of the AL East between these two extremely talented, young teams. With the division title and an automatic playoff bid on the line, there will surely be the ingredients for a rebirth of this historic rivalry.

Can the Sox keep this hot streak going and expand their lead in the East? Let’s hope so, because the 5-5 Yankees are going to figure out how to win games by the boatload and the bigger the lead we have on them, the better. I have said several times on “The Extra Point” that I think the division is going to come down to the final games in September, and I still firmly believe that. Neither of these teams are going anywhere but up and only one things for sure it is going to be a ton of fun to watch.

The Patriots Reportedly Have Interest in Drafting Josh Rosen, but I’ll Believe it When I See it
Bruins Set For Original Six Rematch From 2013 In Conference Quarterfinals
To Top