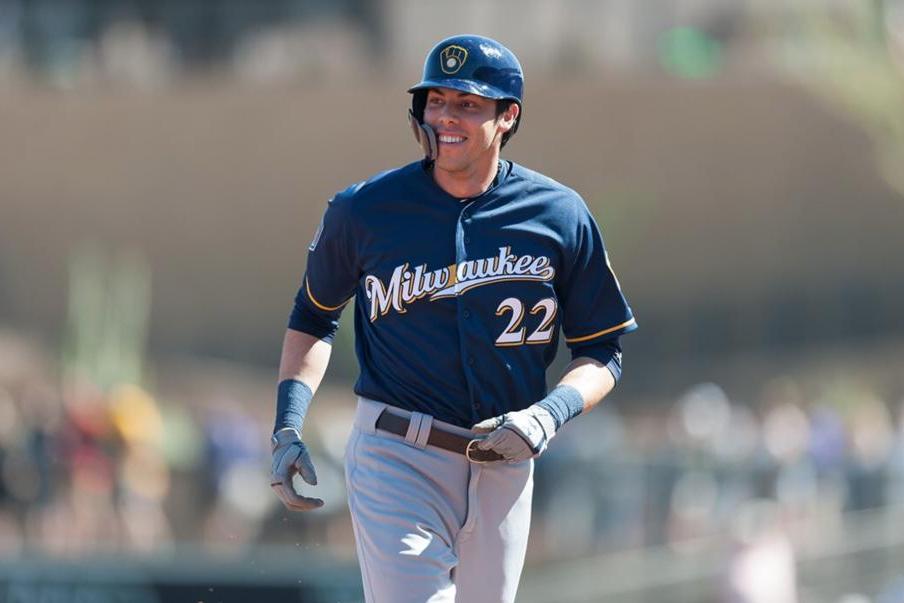 As most know, Christina Yelich was dealt to the Milwaukee Brewers amidst the firesale the Miami Marlins had after Derek Jeter purchased the team. Of course, fast forward two seasons later and all the players the Marlins traded away could practically field an all-star team, with Yelich turning into the best of the bunch.

As it turns out the Marlins and Brewers were in the midst of a three-game set this week and on Thursday they took their battle off the baseball diamond and brought in the heavy machinery…Twitter fingers.

It all started when the aforementioned Yelich hit a two-run BOMB in the first frame of the game. The Brewers’ Twitter team saw that as a perfect opportunity to rub salt in the wounds of the lowly Marlins.

Hey @Marlins, this home run just reminded us that we never said how much we appreciate you for bringing Christian Yelich into our lives. Thanks for the NL MVP. #ThisIsMyCrew pic.twitter.com/CtCiad1WAf

That’s a tough one to swallow for the Marlins, but just because they’re embarrassing on the field, it doesn’t mean they have to be a laughing stock on Twitter too. I mean, they are in terms of how everyone talks about them, but at least they can probably score some comedy points for a solid consolation prize. And that’s exactly what the Florida Fish’s social team did.

The Marlins responded with a friendly reminder of the 16-run BEATDOWN they laid on the Brewers on Tuesday night earlier in the series.

HA. Classic. The old 16-run home run bit. While this was a great rebuttal, it’s really just a small silver lining on a trade, season, and franchise that isn’t working out for Jeter and the Marlins.

It’s always the worst teams with the best Twitter accounts, that’s just how it seems to work out. When was the last time the Yankees, Dodgers or Red Sox had a sweet burn or noteworthy exchange with another team on Twitter, oh yea, fucking never? Some teams entertain on the field, others entertain off of it. The Marlins, at this point, can only really qualify for the “off of it” group.

At the end of the day, Yelich is competing for a second straight MVP and a playoff spot, while the Marlins are competing to not be the worst team in baseball.

So the Marlins can have this moment of relevancy, but that’s all it’s going to be in 2019… a moment.