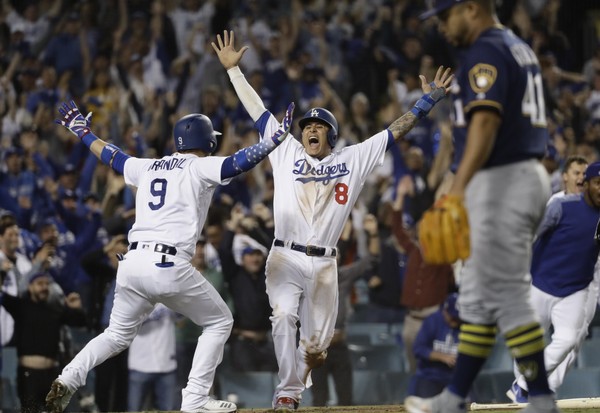 I am one of the biggest baseball nerds you will ever meet. Yes, I love all sports but nothing compares to my love for baseball. Even though my Yankees are out I still watch baseball and over the last few days a pain point of mine has resurfaced and its about time Rob Manfred needs to address it

The Dodgers after a 5-2 victory yesterday now have a 3-2 series lead over the Brewers and are one win away from making the World Series for the second straight year. This gets me mad for two reasons. Reason one I hate the Dodgers. Reason two today’s game should of been played in Milwaukee not Los Angeles. Brewers had a better record all year and game five is a huge swing game in a seven game series. I don’t know who’s idea this format was but it needs to change.

Some people have claimed, “Well the team with the better record gets games six and seven that is better”. Yes, they get back to back home games to finish the series but its not a game five which in my opinion besides a game seven is the most important game of the series.

Game five is the biggest swing game. Stats back this up as well. Since 1985 when a League Championship is tied 2-2 the game five winner has went on to win the series 66.7 percent of time. This stat shows how important the game is and why the team with the better record should have it at their home park.

Baseball should change the format from 2-3-2 to win 2-2-1-1-1. In my head this is common sense. The Dodgers had the last three games at their ballpark and won two of them. Now they have a commanding 3-2 lead and all the momentum in the world going back to Milwaukee.

Milwaukee was my original pick to go to the World Series but I can’t see an inexperienced Brewers team beating a playoff tested Dodgers two straight games. So thank you, Rob Manfred, for perpetuating this horrible format and now we all have to watch the Dodgers in the World Series for the second straight year.

Hopefully, the Brewers can win the next two and end this nightmare for me, but who knows. We won’t know until they play the game anything can happen on any given day. As the great John Sterling would say “That’s baseball, Susan”.