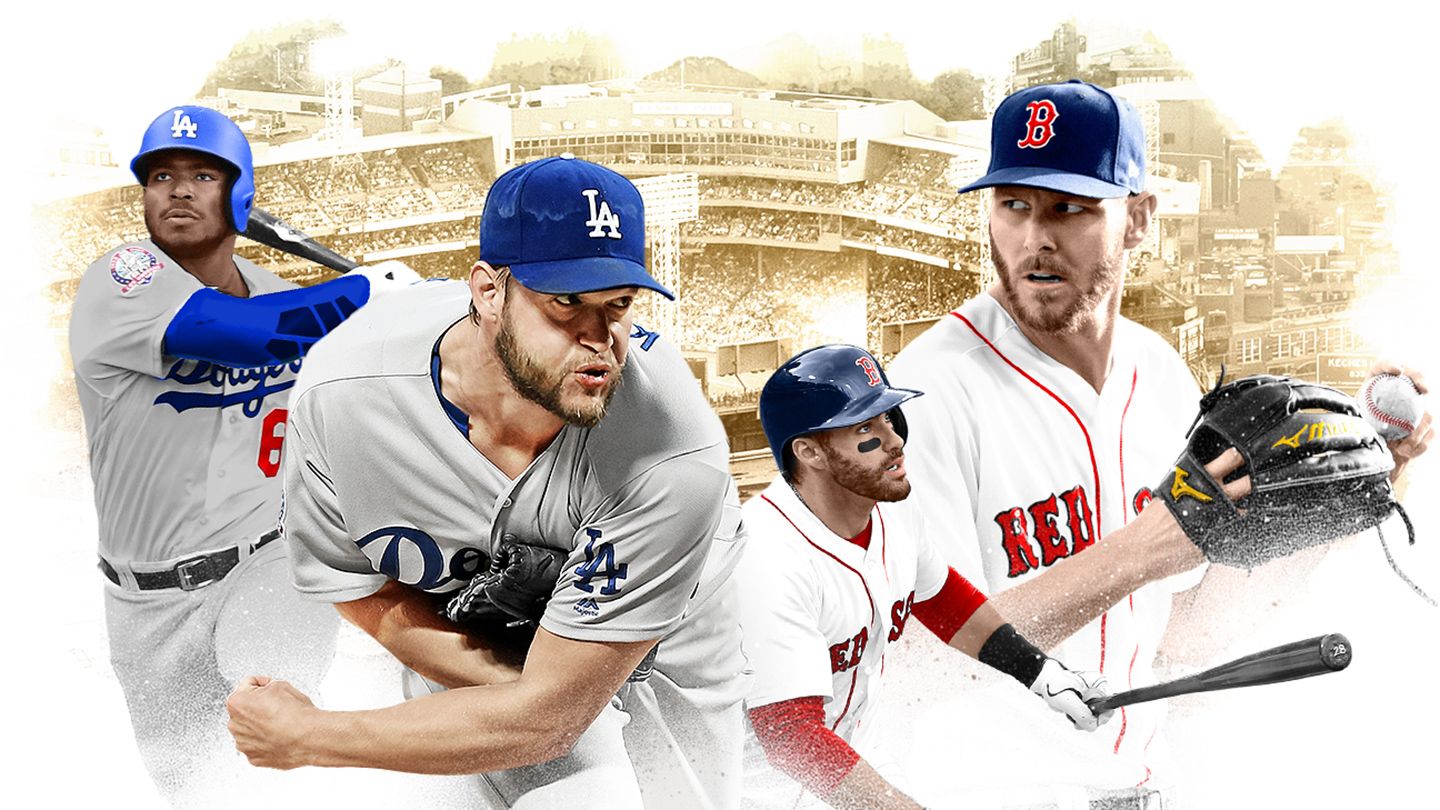 Tonight marks the start of the 2018 World Series. The Los Angeles Dodgers vs. the Boston Red Sox, two of the biggest markets in baseball going to head to head in the fall classic.

As a baseball fan, there’s not much else you can ask for. Two of the most historic franchises in MLB history competing for a championship. The Red Sox and Dodgers met in the 1916 World Series, a year where the Red Sox still had a guy names Babe Ruth on the roster.

Of course the Dodgers were from Brooklyn then and I’m pretty sure they were still burning witches up in Salem at that time.

Although these teams did not meet this season, they both played fairly well during inter-league play. The Red Sox finished with a record of 16-4, an MLB best against the opposing league. The Dodgers finished with a solid 12-8 against the American League.

This could be a very interesting series. It could also be a very quick series.

It will be a battle of the aces in game 1, with Chris Sale going head-to-head with Clayton Kershaw, two of the game’s best. I think this will be the most competitive game of the series and in my mind how the rest of the World Series plays out depends on the outcome of this game.

If the Red Sox can continue to keep their offense rolling and get to the starting pitching of the Dodgers in a similar way that they did to the Yankees and Astros, I could see this going 5 games at most.

This team is on an absolute tear right now, winning 4 straight after dropping game 1 against the Astros to win the ALCS in 5 games. This included three road wins, improving their postseason road record to 5-0. While home field advantage is great, the Red Sox are only 2-2 at home this postseason.

This is why game one is so important, if Chris Sale can pitch up to his ability and have a quality start the Sox can win tonight and put pressure on the Dodgers going forward.

Leaving Rick Porcello to close out in game four in LA. It is a very real possibility that they pull of a sweep and dominate the Dodgers. After all, they have been resting while the Dodgers battled it out in a seven game National League Championship Series against the Brewers.

However, the Dodgers are still a great team. Their pitching is just as good as the Red Sox. Their offense, when it plays up to its potential is also great, not as good s the Red Sox as a whole, but good enough to win games in this series.

The Dodgers could very well get to the Sox starting pitching and put them in a tough spot to win. It could very easily go six or seven games and be an all-time battle.

However, I just don’t see it happening. So far everyone has doubted the Red Sox. First it was the Yankees and a lot of people thought the Sox would be bumped in the first round for the third straight year. With the series going back to New York tied 1-1 and Eovaldi and Porcello pitching games three and four, the critics were everywhere. Sox win two straight on the road, including a 16-1 win in game three, to close out the series in four.

Then there were the Astros in the ALCS. Again most people picked the defending World Series champions to bounce Boston. After a Red Sox loss at Fenway in game one, people really started pumping up the Astros. Then the Red Sox win four straight to close out the series in five games.

This time around, there are far less, but still some critics of this team. I for one can’t wait to watch the 2018 American League Champion, best record in baseball, Boston Red Sox prove all the doubters wrong and win their ninth World Series title in franchise history, and fourth title in the past 14 years.

It only takes four more wins. That’s it, just four more wins to be lauded as the best Red Sox team ever. I’m hoping for a dominate sweep to show the world just how good this team is, but I could see it going a little longer. I think they win the series no matter what.

My World Series Prediction: Sox in 5.