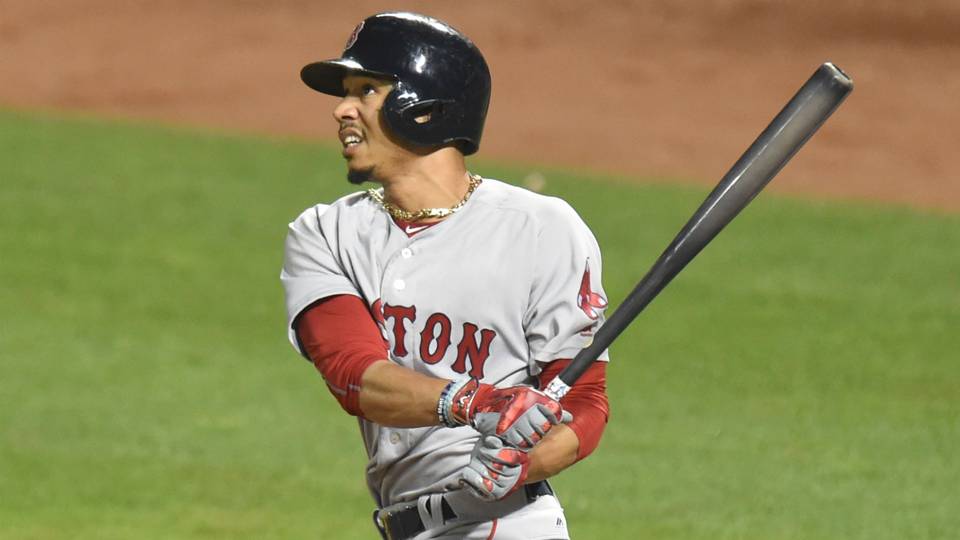 Official Report: According to Boston Police there was a large blast at 4 Yawkey Way last night. While the Red Sox and AL East rival New York Yankees faced off, there was a major explosion inside the stadium…it was the Red Sox offense.

Man oh man, these guys went OFF!!! Going into this game I was extremely uneasy about how it would play out. This would be the first top teir team that the Sox would have to face off with this season after two series with the Rays and a quick 2 game series with the Marlins, but they rose to the occasion and recorded their 9th straight to improve to 9-1 on th season.

Luis Severino was 2-0 with 14 strikeouts and a 1.38 ERA going into the series opener in Boston, unfortunately for the Yanks, his stat line looks a little different coming out of this one.

Right from the start, the Sox lineup was able to get to Severino. Mookie Betts hit a leadoff double that bounced off the green monster to get things going, followed by an Andrew Benintendi walk, and a Hanley single up the middle to score Mookie and take a 1-0 lead.

Unfortunately, things fizzled after the Red Sox loaded the bases and left three men stranded in the first.

But don’t worry, they would make up for that in the 2nd inning.

Catcher Christian Vazquez got on base with a leadoff single and boom the Sox are already at the top of the order again. Mookie singles to left. Runners on first and second, cue Benny Boy. Benintendi rocks a two-run triple to the corner in deep right field by Pesky’s Pole. Up comes Hanley who hits another RBI single driving in Benny on third, all of a sudden its 4-0 Red Sox going into the 3rd inning.

I would be remiss if I went all this time without bringing up what was happening on the other side of the ball. I can’t believe I haven’t mentioned it was Sale Day!

That’s right last year’s runner-up for the Cy Young, the 300 strikeout man, Chris Sale was on the mound doing what Chris Sale does, DOMINATING.

Through 6 innings, Sale only allowed 1 earned run, that came off of a 444 foot Aaron Judge homer to center field in the fifth inning, while striking out 8 and walking 0 batters.  Another outing, another win worthy performance, the only question was would the Sox bullpen hold up to give Sale his first win of the season after back-to-back no-decisions.

On to the bottom half of the 6th. After another Hanley RBI on a sacrifice fly to left during the 4th inning, Mookie scored his third run of the day to make it 5-1.

If you thought the Sox got to Severino quickly, just wait to hear what they did to Tommy Kahnale. After another Mookie Betts double and back-to-back walks of Benintendi and Hanley Ramirez, J.D. Martinez showed us why we paid so much damn money for him. The new guy doubled to the triangle in deep center field and drove in Benny and Mookie for 2 RBI’s, and then Devers drove in Hanley with a sacrifice fly.

Cue another pitching change. It only took 23 pitches for the Sox to chance Tommy from the game. 23 pitches, 5 earned runs…sheeeeeeeeesh.

In comes Chasen Shreve. First pitch, he drills Jackey Bradley Jr. and yet again loads the bases. Up comes Vazquez, who reaches first on an infield single after an error by Andujar at third, run scores, bases still loaded. 9-1 sox.

Holt approaches the plate, gets walked on 5 pitches. Run scores and bases are still loaded. Here comes the top of the lineup again. That’s right! Here comes Mookie who is 3-3 on the day with 2 doubles and 2 RBI’s. Absolutely crushes a grand slam over the monster and onto Lansdowne Street. All of a sudden its 14-1 Red Sox.

Here are all the highlights from that deadly 9-run 6th inning.

As if this night could get any better, the Sox bullpen comes through and pitches 3 scoreless innings to ensure Sale gets his first win of the season after yet another stellar outing.

This game was an all-around ass-whooping. I literally can not think of a better way to start the season series with the evil empire than destroying them 14-1. Well, maybe a shutout, or if we did this in the Bronx,  but nonetheless I am flying high after last night’s demoralizing and degrading beatdown of the Yankees.

One thing that makes me very happy is seeing the Yankees lose and the Red Sox win so when that can happen in a fashion like this, I am probably the happiest I’ll be all year. This week on our new episode of “The Extra Point”, Jones mentioned how the Sox were 13 runs behind the Yankees so far, well Boss, now the tides turned a little in that department and would you look at that? We’re dead even at 56 runs scored.

Definitely check out the podcast to get the best insight on everything going on in the MLB, NFL, NHL, and NBA from week to week. You seriously don’t wanna miss it!

UPDATE: The Yankees did come in and beat the Sox on Wednesday night scoring 10 runs, but Boston still put up a solid 7 runs in the loss. Pitching just wasn’t there to match the bats for game two of the series. Cant put that one on the offense.