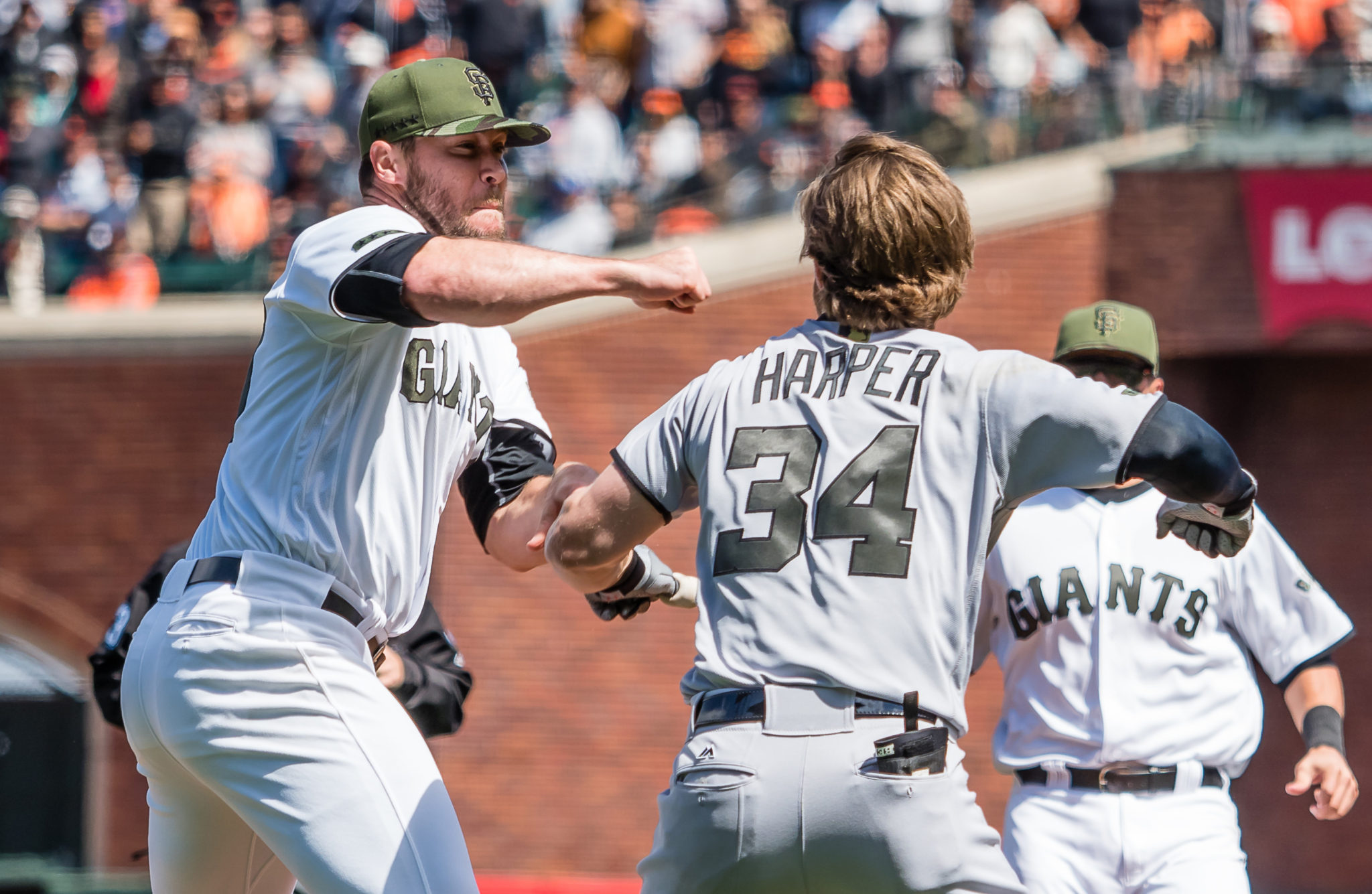 Alright, alright, alright that’s what I like to see. Some good old fashion fisticuffs to settle a dispute. How fitting on a day we are meant to remember those who have fought and fallen for ours and this nation’s freedom. This whole dispute stemmed from an old playoff rivalry. It wasn’t even really a rivalry, Bryce Harper just hit two BOMBS off Strickland and as you can imagine, Hunter wasn’t all too pleased about that. Anyways, here’s the video:

Bryce Harper set out on a movement a couple years back, a quest some might say. To make baseball fun again, with bat flips, trash talk, always looking good, and now, apparently, brawls. I am so on board with this you might as well consider me the first mate. Except for the whole, I don’t play professional baseball thing. Small detail, can be overlooked. Maybe I’m just being too big a fan of the future Yankee *cough, cough*.

Honestly, though, baseball is going through a real transition period right now. They need to be more interesting, they need to break the PC trend on some levels. The hitting batters thing has become so political lately. Not sure if you’ve been following the news the past two years or so, but America really hates politics right now. Regardless of political affiliation, I’m sure we can all agree with that. To see Harper finally, say fuck it and just throw fists was refreshing on so many levels.

We got everything from the fight we could have asked for. Benches cleared, multiple punches thrown and connected. But most of all some good memes and content. Harper is getting some shit for the helmet throw, some of it warranted, some of it not. The accuracy of the throw, some insults are definitely in order. Bryce Harper is a professional baseball player and his helmet toss looked like Mariah Carey’s first pitch attempt.

The part that isn’t warranted is people bashing Harper for using his helmet at all. The ball is a weapon, Harper deserves at least his helmet as a weapon. It his fault he threw it like a drunken idiot, but his use of it with the intent to harm someone is 100% warranted and in my personal head, applauded. Pitchers have become way too comfortable. Strickland is lucky Harper didn’t come out there with his bat swinging like Merryl in “Signs”. It’s time the hitters took back their rights and in the process, Made Baseball fun again.