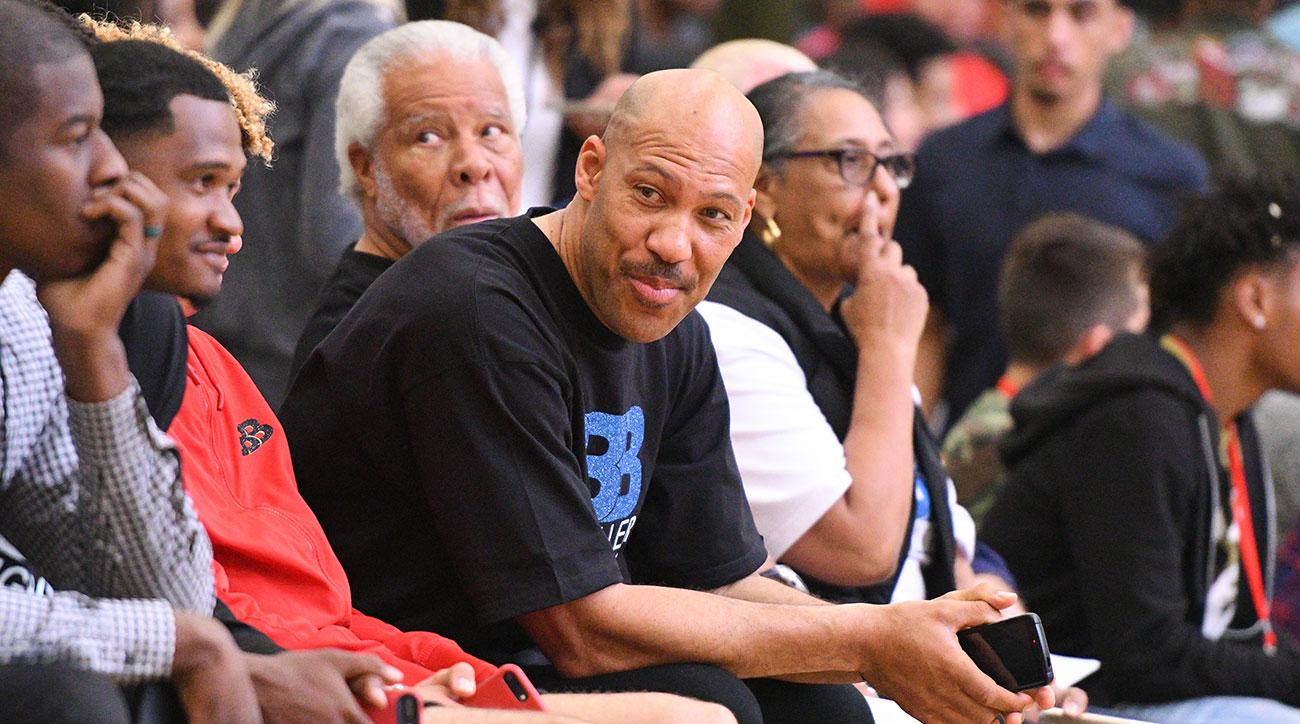 I was the first one last week lighting up Lavar Ball for the pathetic little charade he put on last week on Colin Cowherd’s show. He reacted negatively and personally insulted Leahy, Cowherd’s female co-host because he was finally forced to answer some tough questions. Questions that had black and white answers. Straight numbers. Something he couldn’t spin or fabricate or even exaggerate. If you thought that would be a seemingly impossible task for our pal LaVar Ball, then you were right, thus how the whole fiasco unfolded.

Despite coming out of that whole situation last week looking pretty terrible. This troll job is perfect. “Stay in your lane” is gonna be Lavar’s “Cash me outside, how bah dat.” It’s instant fire. Quick, aggressive, and transferable to a number of situations and stereotypes. It’s t-shirt gold. Lavar’s dumb (possibly troll level genius) ass brain done did it again. Even if these shirts don’t sell a single one, the brand awareness just keeps skyrocketing.

Like anything that happens with LaVar Ball and the Big Baller Brand from now until November, eventually, Lonzo Ball is going to have to get on the court and play NBA basketball.