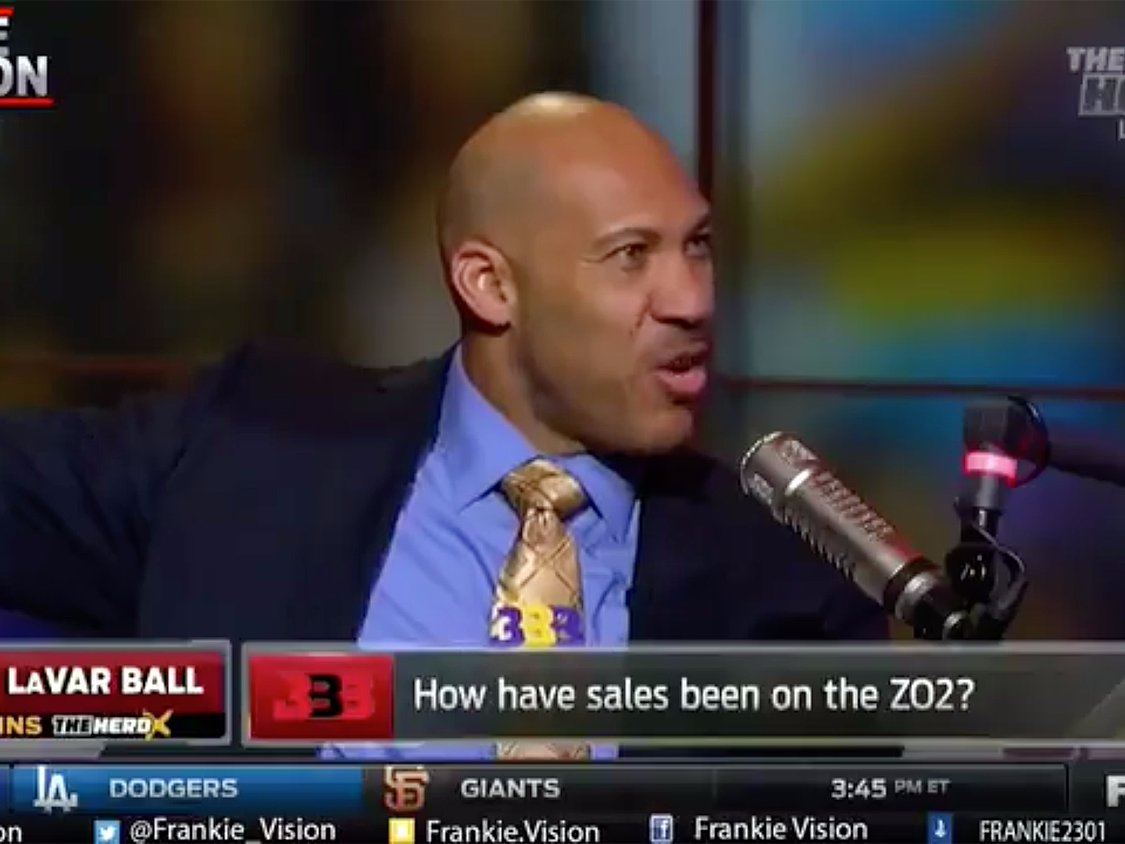 How about Lavar Ball putting on a nice suit and tie for once. Dropped the $65 cardboard Big Baller Tshirts for the corporate suit and tie. I thought Lavar was all about the little guys though? Refused to be a sellout. That’s why he walked out on Nike Adidas and Under Armour and made his own shoe right? Now he’s just gonna give up the whole persona and dress the part of the very monster he claims to be trying to fight? Oh wait, yeah that was the other way around, Nike, Under Armour and Adidas laughed in his face and kicked Lavar out.

In all seriousness though, fuck Lavar for this move. You get asked a few tough questions about your ridiculous claims and branding strategy and you immediately go the coward’s route. Personally attacking a reporter for her asking a completely legitimate question. A Reporter who is way more accomplished and respected than Lavar is and will ever be. Cause why? Because you can’t handle the fact that she’s right? He dipped a dodge a straight answer on anything. Until Colin finally gets a number out of him. “400-500 shoes sold”, Do you have any idea how fucking terrible of sales numbers those are? If they did those in the first day it would have been bad, considering the following they have? Just on social media alone, they have access to millions upon millions of people and they sold 500 fucking pairs. Those are some rookie fucking numbers right there.

You gotta pump those up Lavar. Also, learn how to answer hard-hitting questions that you put yourself in the position to be asked.

P.S. The Whitlock comment was a low blow, especially coming from someone who a doctor would consider no less than 50 pounds overweight.