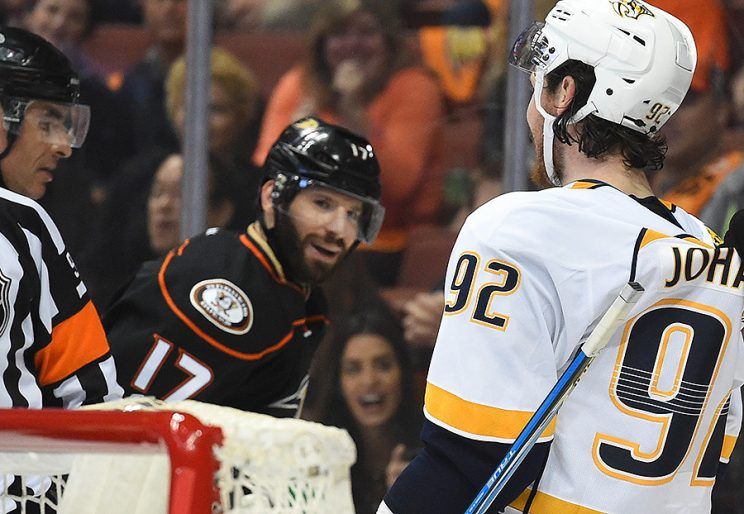 What a ruthless insult. That one cuts straight to the core. It’s so unaggressive and honest sounding that it actually makes you take a step back and be like…damn that sucks. No one likes him. Johansen just being straight up with Kesler. Sure he could have gone with a bunch of F-bomb charged insults or your classic “you’re a pussy” variations. All would have been valid and understandable. Would they have had anywhere the same impact? Definitely not.

Ryan Kesler heard that and probably spent the next 5 shifts pondering his existence. Trying to figure out if everyone really hates him. Wondering who’s talking shit about him behind his back. Having flashbacks to all the laughs and good times from All-Star weekend getting self-conscious trying to figure out if it was all fake.

So yeah, profanity-loaded insults and trash talk may hurt and be good and tough and all, but an insult as honest sounding as this produces a truth bomb that could possibly shatter your opponents psyche for the rest of the night.