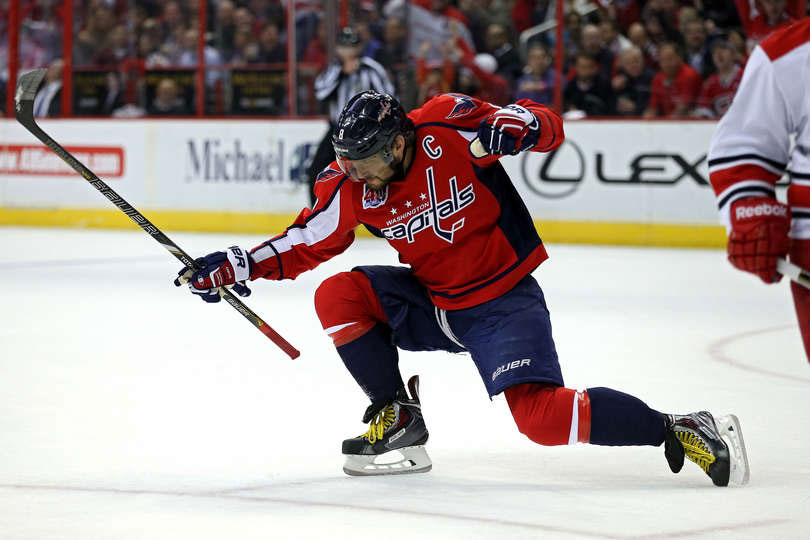 Well the first round of the Stanley Cup Playoffs is officially over and we have 8 teams left in contention. In my first round of playoff predictions for this year, I went 6-2.

Unfortunately, the Devils upset didn’t come to fruition as the Lightning made quick work of them, and the Anaheim Ducks stood no chance against the Sharks, getting swept by the rival from San Jose.

Aside from that, your boy did pretty well through round one, so let’s keep the good times rolling in to round two.

The Western conference as a whole was not very competitive in the first round, and that included the Preds series between themselves and the Colorado Avalanche. With Colton Sissons and Austin Watson being their leading point-getters, with 7 points each, Nashville had 5 hard fought games and then absolutely trounced the Avalanche on their way to a 5-0 series-clinching shutout.

On the other side of this matchup, the Jets, who won their first playoff series in what seems like an eternity, beat the Minnesota Wild in just 5 games, outscoring the Wild 16-9 in a series that included two shutouts. Like, the Predators they clinched the series with a 5-0 shutout to move into the conference semi-finals.

One thing both these teams have in common is they won these series playing well-balanced team hockey and didn’t really have any standout players in round one. Mark Scheifele led the Jets in points with just 5.

This series is going to be a physical hard fought series between two teams whoa re just dying for a chance to bring home Lord Stanley’s Cup. The Predators had a chance last year, but Pittsburgh’s star power was too much to overcome. Winnipeg has never even been to a cup final, so you know both these teams are hungry and will surely leave everything on the ice this series.

My prediction:  Nashville wins the series 4-3

Both these teams broke the brooms out last round and got the clean sweep of the Los Angeles Kings and Anaheim Ducks respectively. Both of these teams can play hockey at an extremely high level and are both hot right now.

On one side you have the San Jose Sharks who won the conference championships in the 2015-2016 season, but couldn’t finish the job and lost to the Pittsburgh Penguins who would go on to win back-to-back championships and are looking like a favorite to complete a 3-peat this year.

On the other side, you have the Las Vegas Golden Knights, who have changed everything we know about expansion teams with their unparalleled success in their first season as a franchise. Never before has an expansion team won more games, finished first place in their division, earned a playoff berth, or won a playoff game and series. Well, history has officially been re-written this year with this Golden Knights team.

Both of these teams are extremely hungry, also looking to win their first Stanley Cup Championship, but one thing separates them. The Golden Knights have Marc-Andre Fleury, who leads in every goaltending category through his first four starts of the playoffs. He has a .65 goals against average, a .977 save percentage and 2 shutouts through 4 games. The former Penguins goalie has found a new mojo in Sin City and is back to his dominant playoff performance we have seen throughout his career.

To be fair, the Sharks are no joke offensively, scoring 16 goals in just 4 games through round one, including an 8 goal game 3. They finished the series with a +12 goal differential as they held Anaheim to only 4 goals. The Golden Knights have not had as much luck offensively scoring only 7 goals through 4 games and outscoring the Kings by only 4 goals.

I believe this will be a highly entertaining series between two teams who have something to prove, both looking for their first Stanley Cup.

Historically, the Caps can’t perform to a high level throughout the playoffs and have suffered many early exits and are still chasing Stanley Cup #1. The boys from Washington haven’t even gotten to the Cup final since the 1997-1998 season.

Unfortunately for them, they are sitting across from a team who has forced some of their early exits, the Stanley Cup champion from the past two seasons, the Pittsburgh Penguins. Not to mention, they have arguably the best hockey player of this generation, Sidney Crosby rocking the “C” and looking for his 3rd Cup in as many seasons and 4th overall.

Both of their first-round series went 6 games, although the Caps had a much harder time with the Blue Jackets than the Penguins did with their division rival Flyers. The Pens outscored the Flyers 28-15.The series included a dominant 7-0 series-opening win, and a huge 8-5 win in game 6 to close out the series.

Combine that with Jake Guentzel and Sidney Crosby each notching 13 points, the Penguins dominated the Flyers for the better part of that series.

The Caps, on the other hand, went down 2-0 and came back to win 4 straight games to close out the series in 6. Led by the captain Alexander Ovechkin’s 5 goals including his 50th career playoff goal, the Capitals were able to lock down and win a series that could have very easily gone the other way. With 4 of the 6 games going to overtime, and one going to double overtime, it was playoff hockey at its finest.

Having momentum on their side after 4 straight wins is definitely a huge advantage, but playing that much overtime can hurt as the periods are a full 20 minutes if need be, rather than the 5 minute periods in the regular season. The extra time on ice can be extremely tiring.

Although the Capitals have the momentum after winning four straight, I believe the Penguins are far too talented and are going to put a damper on the Caps Stanley Cup hopes yet again this year.

My Prediction: Penguins win the series 4-2

It seems fitting that these two teams would meet in the playoffs. After a season of fighting for the top spot not only in the Atlantic Division and Eastern Conference but the entire NHL, the top two teams in the East will face off in this conference semi-finals match-up.

Let’s start with my hometown team, the extremely young, but extremely talented Bruins squad although inconsistent at times, has proved they can hang with the best of them. After going up 2-0, the Bruins dropped 3 of 4 to the Maple Leafs to force a game 7 at the TD Garden. The only 7 game series of the first round was a tough test for this young team.

Just when you thought it was over and their back was against the wall down 4-3 going into the 3rd period, the B’s exploded and scored 4 unanswered goals to win the series finale 7-4. Unfortunately for them, they will face a much more daunting task when they face the Tampa Bay Lightning, who will have the home-ice advantage for this series.

Tampa had the easiest time with their first-round opponent, the New Jersey Devils, who they finished off in just 5 games. This was the shortest first round series in the Eastern Conference. The Lightning outscored the Devils 18-12 on the back of Nikita Kucherov who had 5 goals and 5 assists through the teams first 5 playoff games.

This is a Lightning team that we know can outscore anybody if they got hot at the right time, and it seems like thing have been heating up in Tampa Bay over the past 5 games. This is most likely going to be one of the most physical series we see this entire postseason, and I can not wait. It is going to take their best play from both teams to send the other packing, this will definitely be must-watch hockey.

My Prediction: Bruins win the series 4-3

If these predictions come to fruition, then not only will we be in store for some great tilts this round, but the conference finals will be even better. Will we see the first expansion team make a conference championship appearance in their inaugural season? Will we see a Stanley Cup 3-peat? Will the Bruins break their 7 year Cup drought? Only time will tell and fortunately for us, this is going to be interesting.