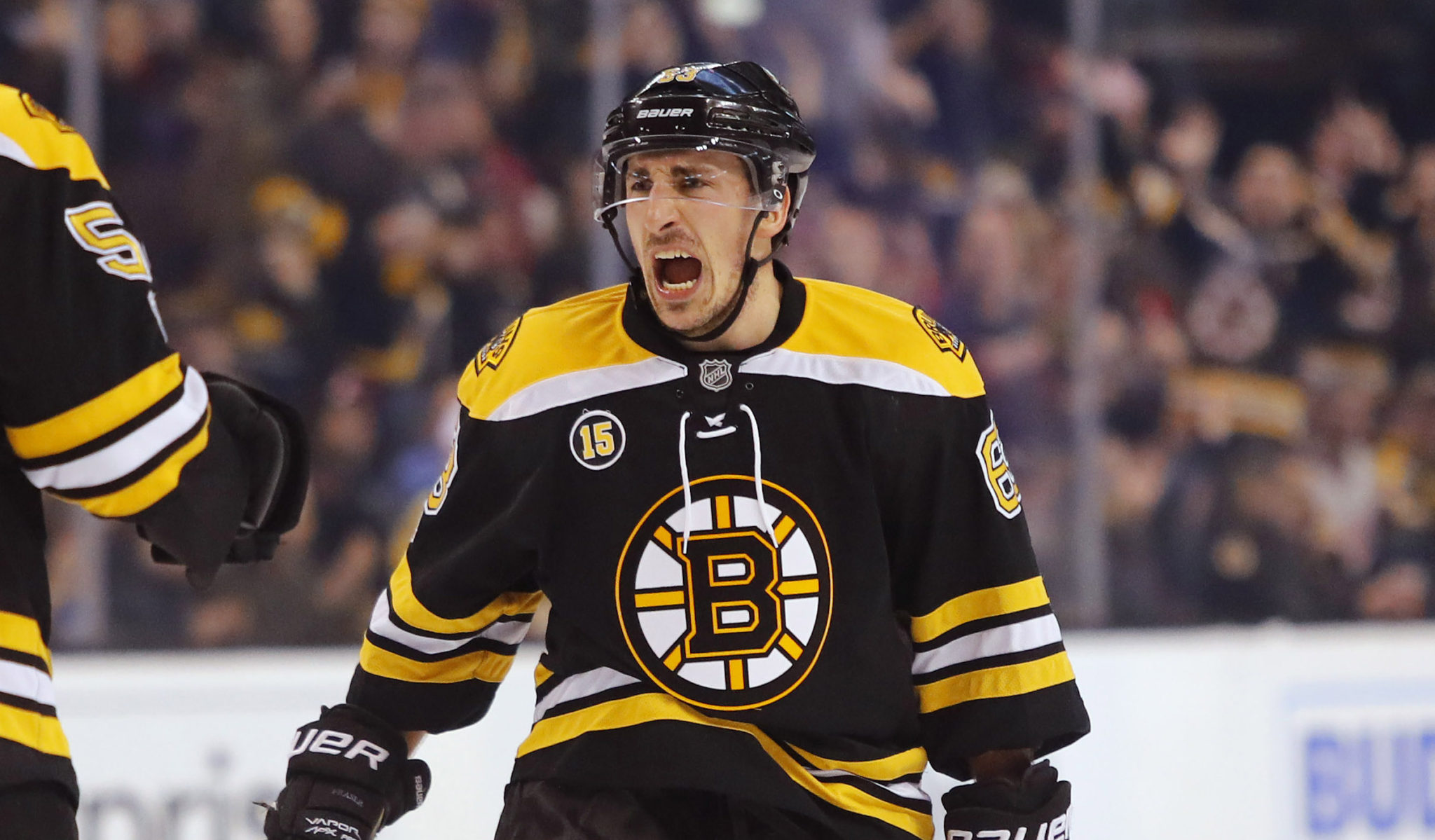 Brad Marchand, aka the honey badger, aka Nose Face Killa, aka Marshy, aka the Rat, has long been regarded as a feisty and scrappy player who tiptoes the line of a dirty player.

Over the past two seasons, he has proved worthy of those nicknames while asserting himself as one of the Bruins best offensive weapons while leaving some of his costly aggressive play behind.

In just 51 games this season he has already notched 28 goals and 38 assists with only 47 penalty minutes. Last season he finished with 39 goals and 46 assists, both marks he is capable of breaking this year.

With the recent injury of linemate and perennial Selke award front-runner, Patrice Bergeron, who is having a hell of a season himself with 27 goals and 54 assists in 54 games, more of the responsibility has fallen on Brad’s shoulders.

In the Bruins most recent matchup with the Detroit Red Wings, Marshy notched a hat-trick which included the overtime game-winner. Along with his three goals, he also added two assists. The final was 6-5, making the nose face Killa responsible for 5 of the 6 goals in last night’s contest. Talk about stepping up to the plate.

On the season Marchand is rocking a 31 +/- rating, which is just 5 shy of his career high 36, which he recorded in the 2013-14 season. With Bergeron out for another week, Brad will surely have his work cut out for him, making up for the absence of the all-star center and arguably the best two way player in the game.

Looking ahead the B’s have some tough matchups in the coming month including a back-to-back home/away with the Chicago Blackhawks and two games against the NHL leading Tampa Bay Lightning.

If the re-evaluation of Bergeron’s foot fracture next week doesn’t clear him to play, the B’s will look to Marchand to keep the offensive production at the high level it has been maintaining all season long.