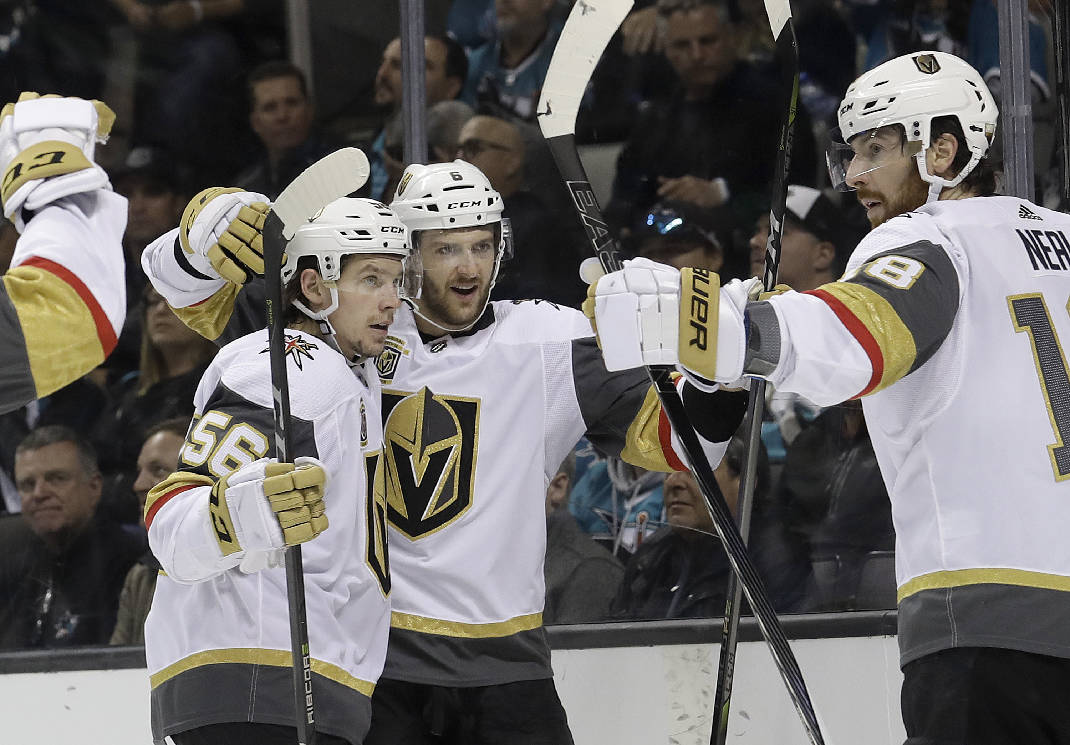 Last night, the Las Vegas Golden Knights took a 2-1 series lead over the San Jose Sharks in a game that went to overtime. After sweeping the Los Angeles Kings in 4 games and now leading this series, it appears the Knights are a serious contender in these NHL playoffs. Marc-Andre Fleury has revamped his career, standing on his head all season. Guys like James Neal, Reilly Smith, William Karlsson, Jonathan Marchessault and Erik Haula have been relentless on the offensive end. The Las Vegas Knights are one of the great stories in sports this year and have a case for being the team of the year. If these guys win the cup I may be willing to call them one of the best teams ever.

If you really think about the creation of this team, its kind of unbelievable. Most of these players were 2nd, 3rd and even 4th line guys, whose franchise didn’t protect them from being taken by the Knights. What a slap in the face. I love the fact that this team is doing great. The players are showing their former teams not only what they can do with more time on the ice, but what a mistake the team made by letting them go. This could be a movie script. A group of hockey players not protected by their teams come together as one team and beat everybody. I’m all in on the Las Vegas Golden Knights to win the cup. Would absolutely love to see it.

Who Is The NBA Rookie Of The Year, Simmons or Mitchell?
Watch Mike Trout Hit a HR that May Have Broken Statcast
To Top