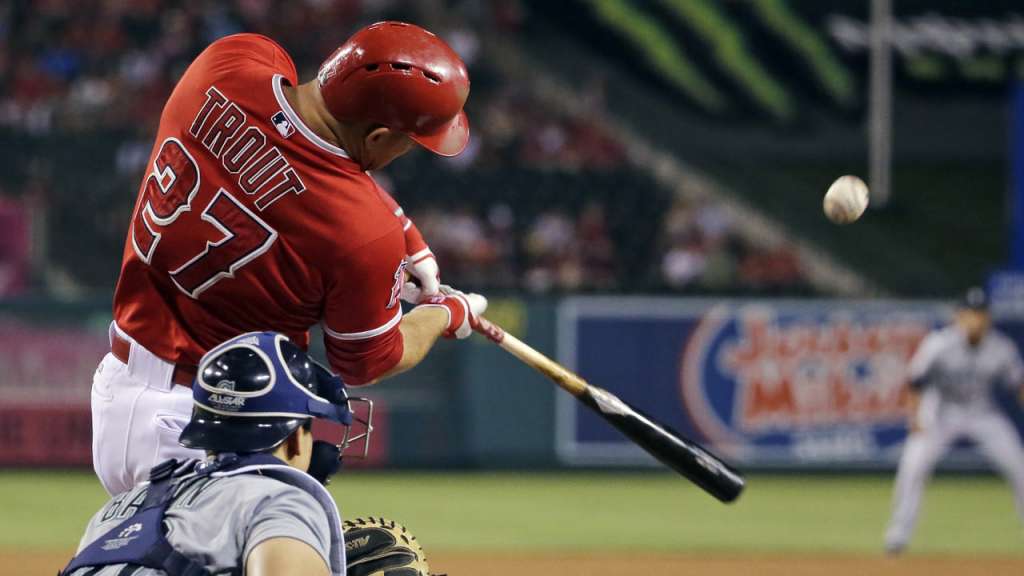 What a PIPE BOMB. Talk about a no-doubter. Mike Trout may very well have broken Statcast with this one, which measured at an estimated 524ft homerun. Which was topped by only Darryl Strawberry by one foot in 1988. It’s scary because Trout barely looked like he swung. With a home run going that type of distance you expect to see an Adrian Beltre literally swinging off his feet type of home run. This swing looked like it just as well could have been a solid drive into the left-center gap. Then a half a second goes by and you realize you should start telling astronauts at the space station to look out, a ball is coming their way.

Trout’s the best player in baseball, by a considerable margin and in the midst of one of the hottest starts of his career. With moonshots like this, Trout might actually exercise that California state loophole option to get out of his contract to cash in big time (not that he already isn’t). Either that or NASA will set aside some funds to pay him to stop damaging their trillion dollar space stations and satellites.

The Las Vegas Golden Knights: Team Of The Year
Draymond Green Plays Tough Defense on Rondo for a Long, Long Time After the Whistle
To Top