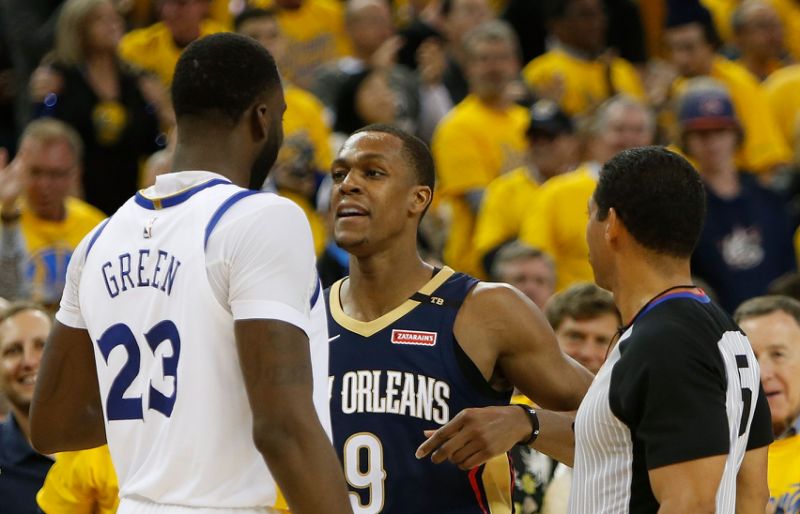 Its pretty disappointing that I have to describe them this way, but Draymond Green and Rajon Rondo are old souls of the NBA. I say that in a good way. They’re part of the few left that play with the toughness and tenacity the NBA was built on in the 70’s 80’s and 90’s. The days when a punch thrown was barely a common foul. When Willis Reed could knock out half the Lakers team and not even get suspended. When head coaches like Jeff Van Gundy would dive into the middle of the commotion to break up fights buy hanging on the leg of Alonzo Mourning.

Could you imagine if anything like that happened today? They would cancel the season and spend the entire marketing budget on PSA ads, just to appease the feelings police who would undoubtedly start some sort of protest or hashtag around it.

Draymond and Rondo might not be quite as crazy as the old days, but its the closest we’ve got now. They’ve developed a nice little rivalry. A storyline we can at least try and look forward to. Although it seems more malicious than it actually is. The only ones that seem to bring it up are the media. It’s not like Draymond and Rondo are doing interviews offering up insults like Shaq calling out the Sacramento Queens willingly every chance he got.

Draymond is always about this petty stuff though, not even letting Rondo get a practice shot up. Playing hard defense a good 10 seconds after the whistle like he was in the middle of the full court press to save his life. But that’s Draymond’s game. He gets under your skin any way he can. It keeps him mentally in control. Problem is, Rondo is the same way.

They know each other too well. Which is exactly what makes their “scruffles” so entertaining.