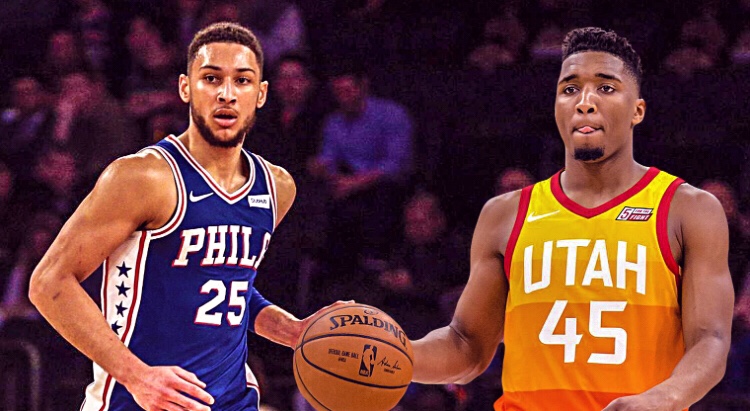 Philadelphia 76ers’, Ben Simmons and Utah Jazz’, Donovan Mitchell both had monster seasons this year. Both players did more than enough to help their teams reach the playoffs this season and now both the Jazz and the 76ers, have advanced to the 2nd round. But which of these two is more deserving of the Rookie Of The Year Award? When taking a look at the numbers both these guys put up this year, it’s a tough call. Below, we can take a look at a statistical comparison between the two guards.

What is not seen on this chart are the highlight plays and points scored during important moments of games for both players. Simmons threw down some electrifying dunks this year; I felt like I saw him on SC Top 10 every night. While Mitchell scored at will and hit clutch shot after clutch shot, showing the NBA he is their next big star.

You can look at these stats and see one of two things. One, that Donovan Mitchell is a more prolific scorer. Averaging about 5 more points a game this season than Simmons and having 337 more points scored than Simmons; while playing in 2 fewer games. Or you can look at these stats and say that Ben Simmons is a more complete player than Mitchell; as he tops Mitchell in every non-scoring category in both averages and season totals.

This may be one of the toughest Rookie Of The Year decisions ever. If I had a vote, I think I’m going with Donovan Mitchell. Although it’s a tough argument to make, I personally believe that Mitchell is more important to the Jazz than Simmons is to the 76ers. Mitchell is the absolute future of the Utah Jazz franchise and could become one of the franchises best ever. While I feel like Embiid is the guy everyone is counting on in Philly. I have great respect for both players and really can understand an argument for either guy. Let me know who you guys believe will win it!