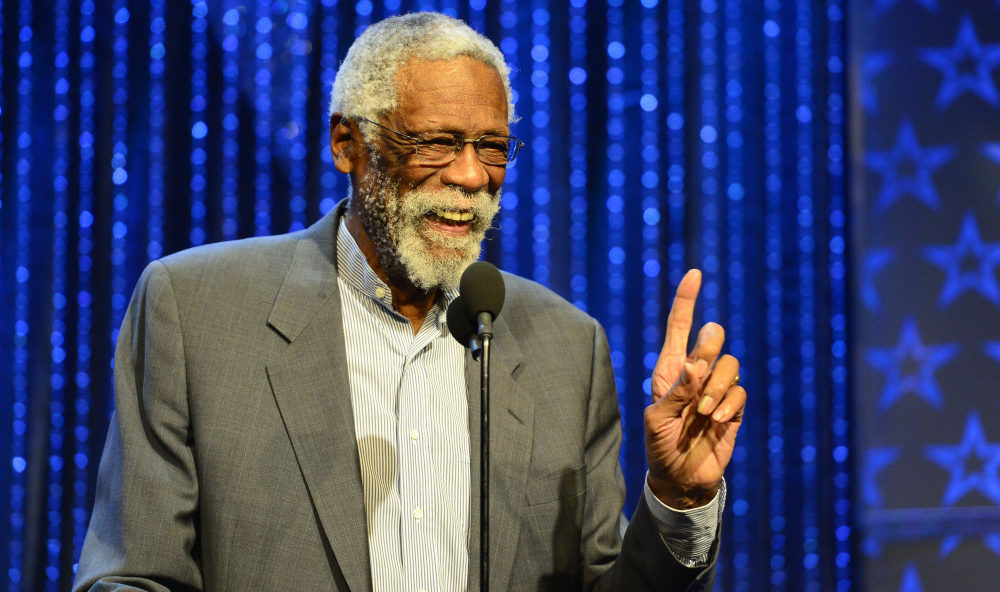 I know Charles @NBAonTNT would never say he could guard me, he has a better chance of getting struck by lightning @SHAQ @TheJetOnTNT @nba @celtics

First of all, who gave Bill Russell a Twitter and why have I not known about this? Bill Russell is a savage so Twitter seems like a platform he would be great at. There’s no way he actually runs his own account though, not without assistance at least. I love Bill, but that man is old and there is no way he knows the ins and outs of the Twittersphere. Hell, half the millennials don’t even know and they invented social media.

Russell loves talking shit to all the “young bloods”. To Bill Russell and “young blood” is pretty much every NBA player ever since his first game I’m pretty sure they were still trying to get the leather ball through a peach basket. We saw this shit talking on display at the NBA awards last year…

Now while I said I love Bill and this savagery he loves to toss around at everyone else’s expense, in terms of this tweet, he’s wrong. Sure, Bill was one of the most dominant players in NBA history, but he was playing against 5’9″ Johnny who used to work on the docks. Sure there were some great players at the time who could have competed today, but merely a handful. If you think the 6th man on the Milwaukee Bucks in the prime of Bill Russell’s career could play in today’s league then you better pass whatever you’re smoking because that sounds like a mind-altering experience. Conversely, let’s take one of the Bucks bench players, Malcolm Brogden, yeah, he’s probably a top 10 player in 1960.

I’m sorry but I cant endorse an era that has Bob Cousey breaking ankles with a middle school hesitation move. I’ve seen the video, I’m not exaggerating, most middle school basketball players show off more impressive handles multiple times a game, but I digress.

At the end of the day, prime Barkley takes down prime Russell. Then again maybe Bill Russell is talking about right now. If we’re talking right now, then I might just have to take 80 something-year-old Bill Russell over 80 doughnuts a day Charles Barkley. That’s a game I wanna see. Those are two players from different eras I want to compare.

Can The Celtics Keep It Rolling and Take Down the Red Hot Sixers?
Who Is The NBA Rookie Of The Year, Simmons or Mitchell?
To Top