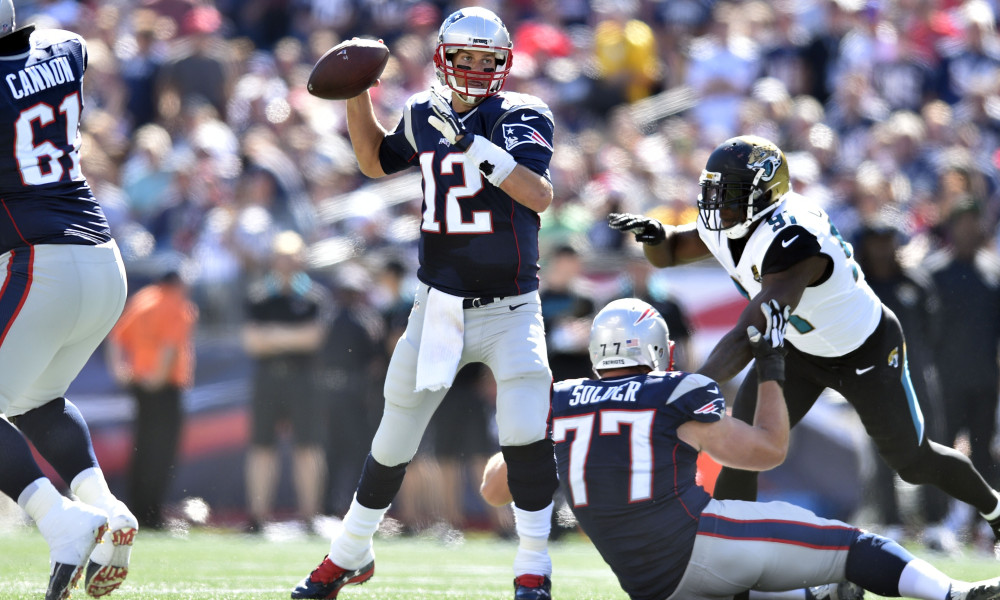 The Patriots have advanced to their record-setting 7th consecutive AFC championship game and for the first time in those 7 seasons, I AM TERRIFIED. Let’s get one thing out in the open right off the bat. I am a typical overconfident Pats fan who will defend my team against every allegation or controversy without hesitation. I feed off the haters because as the saying goes, “they hate us cause they ain’t us.” As far as I’m concerned the holy trinity is Brady, Belichick, and Kraft. Those three men have brought me more happiness as a sports fan than the other three Boston teams combined. The past 17 seasons have been a dream, but this feels like a nightmare.

Let’s first point out my main fear with this team. You would think having a 40-year-old starting quarterback would make pass protection one of your main priorities. Meanwhile, the offensive line is soft as baby shit. Look at their last loss to Miami on Monday Night Football. The Dolphins were able to pressure Brady all night, resulting in 2 sacks and 2 bad interceptions all while the Pats went 0/11 on 3rd down conversions. The last time they had a 0% 3rd down conversion I wasn’t even alive. (September 1991). The Miami Dolphins did this to them. The fucking Jay Cutler led Dolphins made fools of New England.

This changed things for the Pats and exploited some major flaws in their offense. Flaws that Jacksonville is going to make it a priority to exploit. Miami was a team with a total of 30 sacks this season…Jacksonville has 55, second only to the Steelers who finished with 56. On top of the devastating pass rush, they also finished second in the league in interceptions with 21. The pass rush and line up of some of the best DB’s in the league have me shaking in my fucking boots.

With that being said there is some hope after their divisional matchup with the Steelers. Big Ben struggled early, but eventually got his shit together and ended the day going 37-58 with 469 yards and 5 passing TDs. Unfortunately for Pittsburgh, the Jags 21 point lead was too much for even that high powered offense to overcome. One thing this matchup made clear was that it is going to take an all-time great game for the Patriots to advance to their 3rd Super Bowl in 4 years.

Lucky for us if there’s anyone who can lead a team against a formidable opponent like the Jags, it’s my boy Tommy Touchdown. At 40 years old the man won the passing title with 4,577 yards, 32 TD’s and 8 INT’s and a 102.8 passer rating. Not to mention his performance against Tennessee in the divisional round wrapping up the 35-14 rout with 337 yards and 3 passing TD’s while going 35 for 53. With James White, who had 1 rushing TD and Dion Lewis looking strong as ever in the backfield, Gronk looking unguardable as usual, the Jags defense will have their work cut out for them.

I’d imagine this is what Jon Snow and Daenerys are going to feel like when the army of the dead come marching through the North. Bortles and boys are marching into Foxborough high off of a huge road win in Pittsburgh last week and are looking scarier than ever. Although they will be playing a team who is much better coached in New England, It’s ultimately up to TB12 and the Pats, who haven’t lost since that Monday night embarrassment to Miami to keep up the momentum and try and slow down the freight train called Sacksonville headed for them this Sunday.

Bleacher Bookie’s Winners of the Weekend: NFL Divisional Playoffs Edition
Aaron Rodgers Has Got Himself a New Woman
To Top